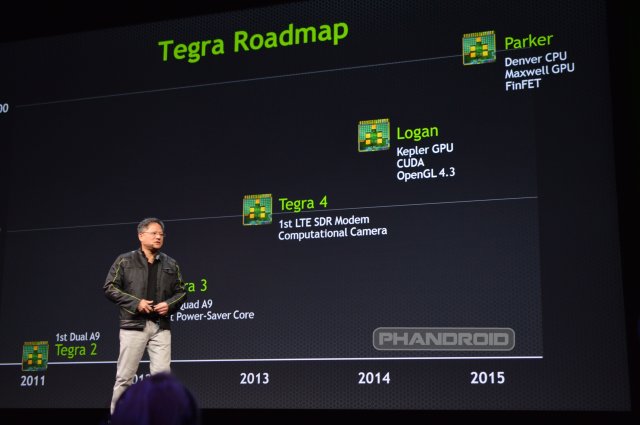 After Tegra 4, Logan will take flight, sometime in 2014. Powered by a version of the company’s desktop GPU, Kepler, it will feature parallel CUDA cores of an unknown number, native LTE, and OpenGL 4.3 support. Then, in 2015, Parker will be released with a Denver CPU, Maxwell GPU and FinFET manufacturing (fin-shaped Field Electric Transistor), which will allow for much more transistors packed closer together on smaller silicone.

Now all we need is to get a Tegra 4 device, preferably Project Shield, in our hands. Who’s excited about Nvidia’s SoC future?