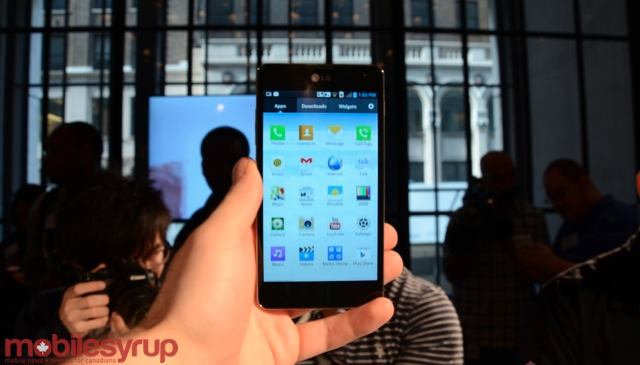 This news is not too much of a surprise, but official confirmation is always welcomed. We’ve just received a press release from LG that stated the Optimus G on Bell, Rogers and TELUS will be graced with Jelly Bean (Android OS 4.1.2) “late March.” LG noted that the device is currently in testing at all the respected carriers and will be available as “an over-the-air update and web download service.” We hear the update wil start as early as tomorrow (March 19th).

The Optimus G was launched in Canada last November on various carriers, including Rogers, Bell, TELUS and SaskTel. However, for some unknown reason SaskTel has been omitted from the Jelly Bean upgrade. We’ve reached out to LG Canada for details on their upgrade plans.

Update: LG stated to us that SaskTel will also be upgrading to Jelly Bean “late March.”

Update #2: We’ve been receiving several tips that they Jelly Bean upgrade – OS 4.1.2 – is now available to download. Bell, Rogers and TELUS customers have all reported that they’ve received a notification on their device. Let us know if it’s reached yours. Hit Menu >> Settings >> About device >> Software update >> Update.