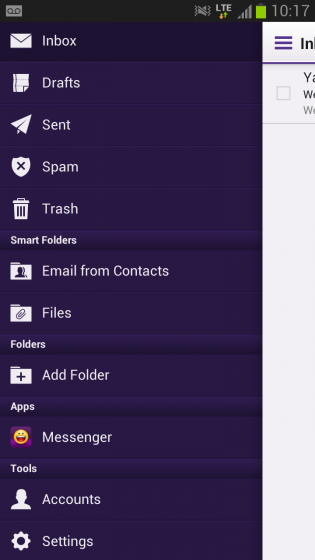 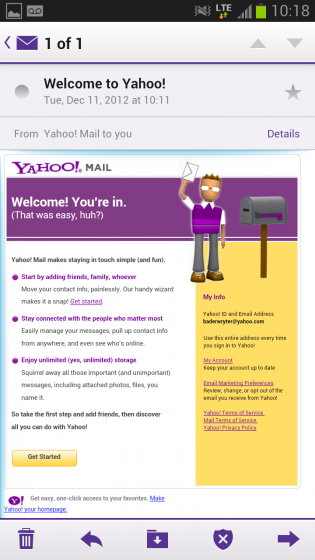 Yahoo’s new CEO, Marissa Mayer, took to the Yahoo blog today to introduce new Yahoo Mail apps for iPhone and Windows 8, along with an updated app for Android.

Each app has been specifically (and carefully) tailored to suit each platform’s design ethic, and after using the Android version for a few minutes it’s clear that the company didn’t intend to disappoint its loyal users (you hear that, Microsoft?).

The apps each focus on being fast (and they are), bringing quick sync and reliable push notifications. Both the iOS and Android versions utilize the popular left-side navigation bar, which slides out to reveal folders, including Yahoo’s excellent Smart Folders integration, which is a mashup of Apple’s Genius and Gmail’s Priority Inbox features.

The Windows 8 version brings live tile and toast notifications support, and looks quite similar to the platform’s first-party mail client (which is a good thing, in my opinion).

While the Android version looks a bit too much like its Gmail counterpart, it’s notable that the company brought some rich text formatting to all clients, including multiple font sizes, bolding and italicizing, colour selection and more. On Android or Windows 8, it’s easy to attach a file from the SD card, and all the apps support easy photo or video attachments.

The only thing the Android app is missing is Jelly Bean expandable notifications integration, and a dedicated interface for tablets. While it scales pretty well to the Nexus 10, for example, the left dock is not expanded by default, leaving a lot of empty white space.

You can download Yahoo Mail for Android, iPhone and Windows 8.