Android 4.2 rolling out in OTA update to some Canadian Galaxy Nexus devices 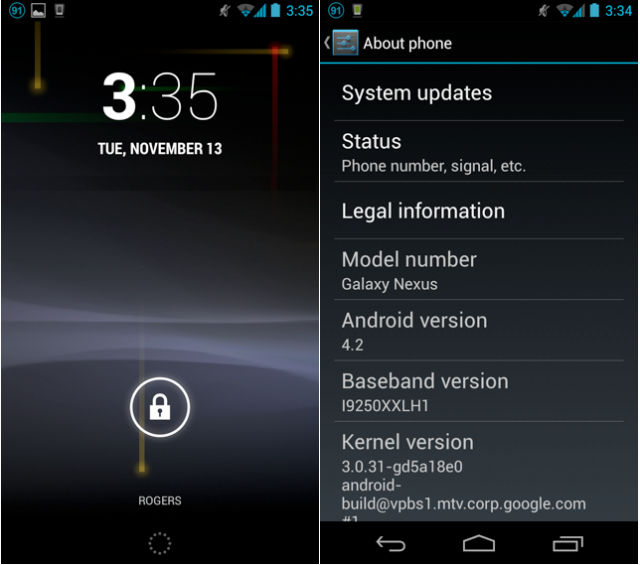 We’re getting reports that some Galaxy Nexus users, most of which are running Takju or Yakju versions of the hardware, are receiving OTA updates to Android 4.2. Today is Nexus day, with the impending release of the Nexus 4, Nexus 7 HSPA+ and Nexus 10, and it’s also the day that Android 4.2 gets added to AOSP.

While unmodified, carrier-sold versions of the Canadian Galaxy Nexus will likely be getting Android 4.2 in the coming weeks, Google has followed through on its promise to get the new software out to existing users as soon as possible.

If you’re running either a yakju or takju, you can also download Google’s official update .zip file and flash it in recovery, but you should be aware of the potential pitfalls of doing it incorrectly. If you’re eager to get the update, head to XDA-Developers for the full rundown.

Via: Android Central
(Thanks Phil!)