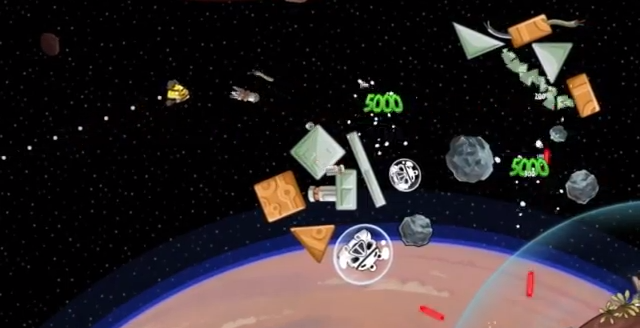 Rovio’s Angry Birds franchise is looking to cash in on the Star Wars dollars and officially released “Angry Bords Star Wars” today. The game is available on a slew of mobile platforms:

No word yet on when this will come to the BlackBerry PlayBook, or RIM’s upcoming BlackBerry 10 devices. However, the game is somewhat similar to previous versions of Angry Birds, but this time the “Rebel birds” fight against the “evil Imperial Pigs.” Of course there’s a massive tie in to the Star Wars movies as some of the names have creatively been changed up, such as Pigtroopers, Pig Star and “Darth Vader, Dark Lord of the Pigs!” In total, there’s over 80 Star Wars themed levels that take you through Tatooine, Endor, Death Star, “Path of the Jedi.”