Public Mobile CEO on new entrant consolidation: “We are buyers not sellers” (Video) 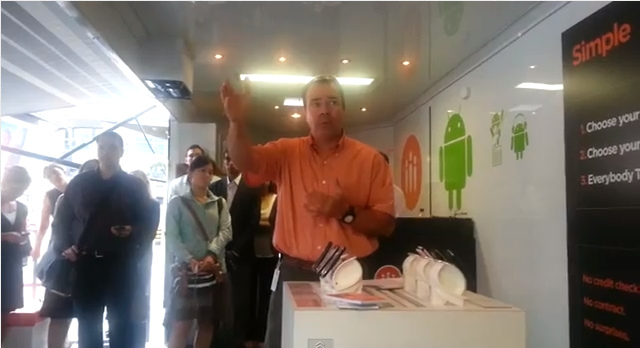 Public Mobile held a press event today in Toronto to unveil their new unlimited music service called “Siren.” This is a respectable addition to their list of offerings – they also offer unlimited talk, text and data plans. In addition, last week they also launched “Public Cash services,” a venture that sells a prepaid MasterCard, plus gives users the ability to cash cheques, and send money transfers.

Unfortunately for those interested in knowing where Public’s subscriber numbers stand you’re out of luck. Since they are a private company they have no need to declare their results. Alek Krstajic, CEO of Public Mobile, stated he’ll share more in January 2013 and assured the media and analysts that “we are doing very well.” At last count Public had about 200,000 subscribers. Krstajic noted that after a soft Q1 and Q2 they are already seeing a big push for the busy Q3 back-to-school rush, specifically that “Android phones go through the roof” and are up about 40%.

Krstajic also touched on the possibility of a new entrant merger/consolidation, proudly saying that “I’ve been saying for over a year that consolidation between the new entrants would be good. I think the issue is that some of these boys have to check their egos at the door and sit down and have real conversations. I think there’s been lots of conversations with everybody, all new entrants have talked, and some have gone well down the path… and it fell apart. I think that there may be consolidation over the next year, but I would say to you that we are at a point now that if there is consolidation, very clearly, we are buyers not sellers.”

Over the past number of months there have been several rumours that that WIND Mobile would scoop up Public, then it was Mobilicity and WIND Mobile merging. However, all the new entrants seem to be on a singular path and chugging forward. The one massive benefit that Public holds over WIND and Mobilicity is spectrum in Quebec, albeit G-band, but this would add extreme value to both. Would be interesting if Public – who is the probably the biggest wireless underdog in Canada – ended up buying either of them.

For now it looks like Public is focussed on attracting new customers by offering new services, plus expanding their coverage. Video of Alek Krstajic is below.