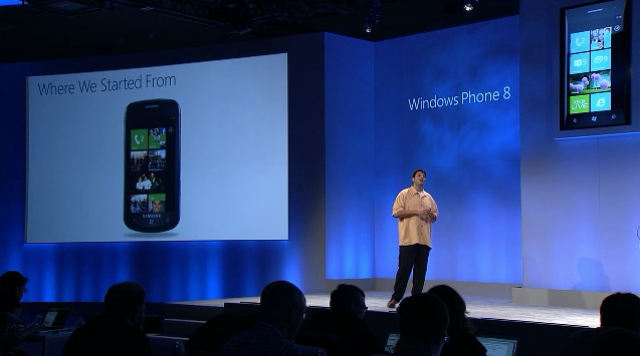 We’re all about mobile, but occasionally a desktop product has enough influence on the market to pique our interest. Windows 8, which will be coming to tablets and PCs, is officially coming to market on October 26th. That will mean great things for the burgeoning Windows slate arena, especially for those ARM-based tablets running Nvidia’s Tegra 3 and Texas Instrument’s OMAP chipsets. We’re expecting the Surface tablet, Microsoft’s first piece of consumer PC hardware in a long time, to arrive shortly thereafter.

But we’re more interested in when Windows Phone 8 and when it will arrive on handsets from Nokia, Samsung, HTC and Huawei. The rumour is that it will arrive in Q4 of this year, but we’d expect volume rollout in Q1 ’13. Windows Phone 7 debuted in October 2010, but it hit critical mass in late 2011 and early 2012 with the launch of Nokia’s Lumia 710 and 800. With less than a year on the market, and no possibility of their devices being upgraded to Windows Phone 8 (they will receive an iterative 7.8 update) some Windows Phone owners are not going to be happy with the quick turnaround.

Microsoft has few options in its repertoire, and releasing Windows Phone 8 to market as soon as possible, with multi-core and HD screen support, is its sole opportunity to capture market share away from iOS and Android.