TSMC hits 3.1Ghz on a dual-core Cortex-A9 processor, makes us weep with joy 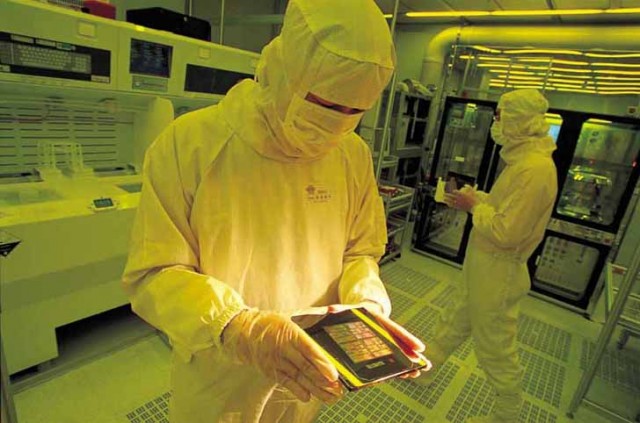 The Cortex-A9 may not be the most modern ARM design, and its more efficient Cortex-A15 successor is coming soon, but component manufacturer TSMC has hit a pretty huge milestone with a 28nm variant of the A9 chip.

Under optimal conditions, the company has managed to hit 3.1Ghz on both cores of a standard dual-core Cortex-A9 chip, similar to the design in the Galaxy S2 and HTC Sensation. Regular Cortex-A9 processors manufactured under a 40nm process tapped out at 1.5Ghz in each core, but TSMC claims that with a low-leakage 28nm process it can run stably at 2.0Ghz and, with increased battery use, at 3.1Ghz.

“At 3.1 GHz this 28HPM dual-core processor implementation is twice as fast as its counterpart at TSMC 40nm under the same operating conditions,” said Cliff Hou, TSMC Vice President, Research & Development. “This work demonstrates how ARM and TSMC can satisfy high performance market demands. With other implementation options, 28HPM is also highly suited for a wide range of markets that prize performance and power efficiency.”

High availability of Cortex-A15 SoCs will not be until early 2013, so in the meantime manufacturers such as Nvidia, Samsung and Texas Instruments can likely use this new process to increase speeds while maintaining excellent battery life.