HTC One V pops up on TELUS’ site, coming “later this month” 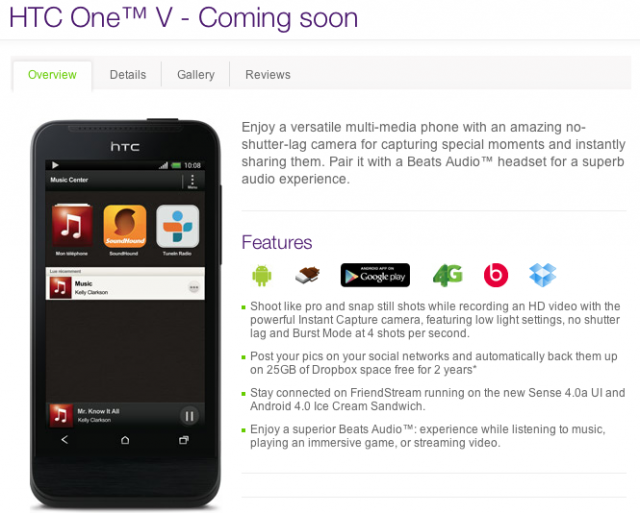 Hot on the heels of Bell’s release of the entry-level ICS powered Android HTC One V comes news about Telus’ version of the same phone. In the press release that just went out for the Bell version of the One V, it is stated that the Telus model “will be available later this month.”

While neither a release date or price was mentioned in the release, evidence that “later this month” is actually about to become “available now” has popped up on FutureShop. Their product page for the Telus HTC One V, which has a black finish to differentiate itself from Bell’s grey model, went live today. As opposed to Bell offering the device for $0 on a three-year term, it looks like the Telus model is going to cost a little bit more ($29.99), at least at the outset.

Check it out at here at Telus.