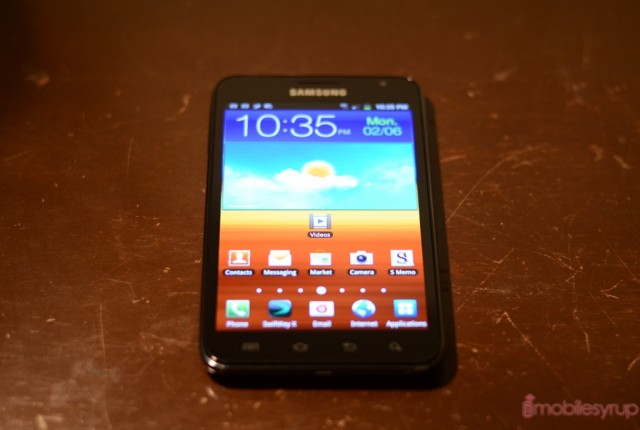 The now-ubiquitous term ‘phablet’ may not be doing Samsung any favours, but it certainly isn’t hurting sales. According to Hankil Yoon (the same one who undermined Samsung’s performance in the tablet space), the company has sold two million Galaxy Note devices since their launch in October, and are aiming for 10 million by the end of 2012. With the launch of the Galaxy Note 10.1 and the recent expansion of the 5.3-inch handset into North America, this may not be such a difficult feat.

Asked by Forbes whether people really need such a large device, Yoon replied, “I think people don’t know what they need. But as soon as they start using it, they think that’s what they need.” Samsung is straddling quite a tenuous line here, though: the Galaxy Note is Canada’s most expensive smartphone. At $199 on a 3-year term and over $700 outright, the Note is more expensive than most phones and tablets, so the question is whether it’s good enough to combine them. Its biggest supporters claim the Note is the best of both worlds, while its detractors — and there are many — scoff at the mere mention of the name.

But this may be to the Note’s benefit: its prolonged, divisive media coverage have kept people talking, and even those who want nothing to do with it know the name. Which is more than can be said for most Android devices out there these days.

You can read our two–part Galaxy Note review, and see for yourself.

Samsung might get rid of its plus-size S series handsets