Android users are no strangers to iOS-only app envy. Instagram is among the top of that list, though a port is planned for this year. In the meantime, there are plenty of filter-friend alternatives to choose from, three of which are detailed below. 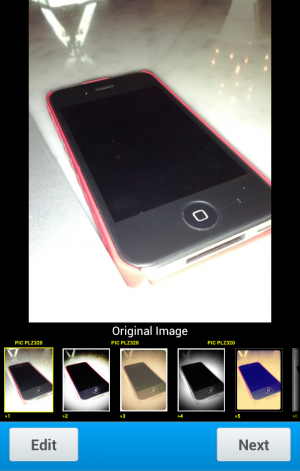 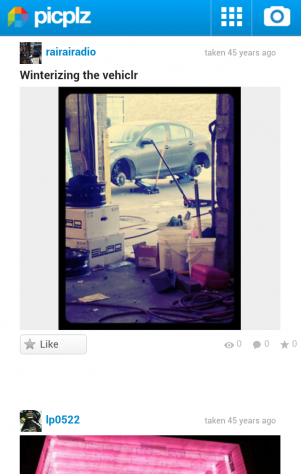 The original competitor, picplz has recently been updated to version 2.0 with a much cleaner Android interface that is a joy to use. Like Instagram, post your photos to a feed, follow your friends or random snappers, and apply filters galore.

Perhaps not the same aesthetic quality, and the feed is noticeably more empty, but picplz is certainly the best choice for Android users looking for an Instagram alternative. Filters range from the standard Lomo to more esoteric shades of sepia, but each one takes several seconds to apply, taking you away from the experience. Going through multiple filter choices becomes a chore.

Shots can be further modified with the Aviary API, making it easy to edit, rotate, brighten and even add your own text (entitled Meme Generator). Once finished, you can post the shot to Facebook, Twitter, Flickr or Foursquare, but it goes further than Instagram in allowing you to save each photo to Dropbox, or to post to Posterous. 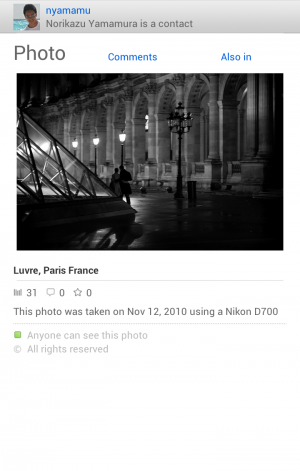 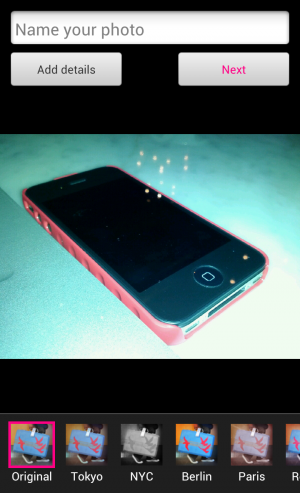 The Flickr portal for Android is not a “filter stream” app like picplz, but it performs much of the same functions. Along with being able to view your friends’ photos and your own sets, you can take photos and apply a number of filters delineated by country name: NYC is a matte B&W tone, while Miami is sun-drenched and Paris muted and contemplative.

None of the filters are particularly good; they’re all far too similar, and, like picplz takes too long to apply each one. The interface is also ugly, with big block selection boxes and amateurish animations.

But for those who use flickr to store their many photos, and to follow friends and family, the official app has enough functionality to get the job done. 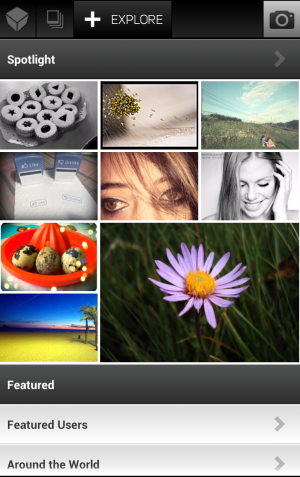 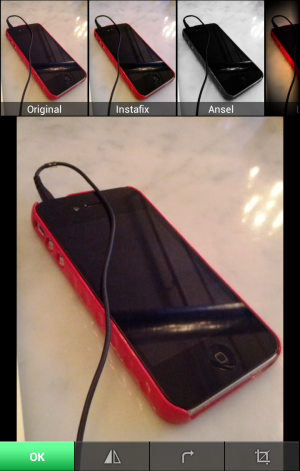 This one is interesting. Recently re-launched as a photo journal app, Lightbox encourages you to keep track of your daily life, which the app then lays out in a Tumblr-style feed on a subdomain on their website (you.lightbox.com).

The interface is intuitive, though a bit cluttered, and you can force Lightbox to be your default photo app, which helps with its “all-in-one” intentions. Like the other two apps, there are plenty of filters here, but there are two advantages here. First, the filters only take around half a second to apply; second, they’re actually quite good.

There is a pretty active community here, and you can delve deep into categories such as Around the World and Art & Design.

Path is not a photo sharing app, per se, but it provides a user-friendly and beautiful conduit to sharing photos. While the iOS version of the app integrates filters, they are inexplicably absent from the Android version.

So? Are they any good?

None of these apps are anywhere near as active as Instagram. Somehow the small iPhone-only photo program has captured the minds of millions of people, and when it comes to Android, likely millions more.

Until then, it seems that picplz and Lightbox are your best bets, and even then, Lightbox seems to be the strongest app while picplz has the most active community.

All the apps are free, and should be compatible with most versions of Android.