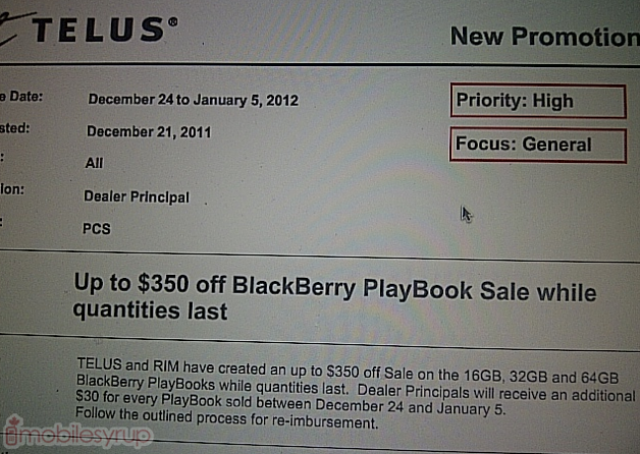 For those of you who didn’t notice, RIM’s BlackBerry PlayBook went up in price to where it was when it launched back on April 19th – now ranging from $499.99 to $699.99 outright. There is still the 2 for 1 business offer available, but rest assured, the low prices of days past will be coming back. During RIM’s recent quarterly conference call they promised new promotions would be happening, and it looks like Boxing Day will be a good day for those who want a new PlayBook. According to this TELUS document you can count on the following price points:

The promo starts on December 26th and will go until January 5th, 2012
(Thanks tipster!)