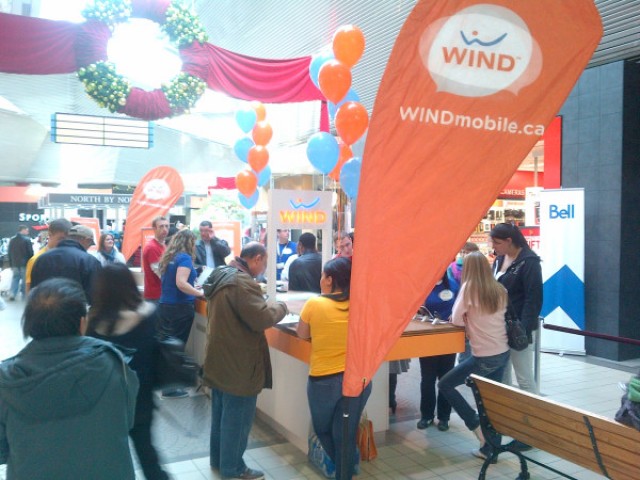 WIND Mobile officially launched their wireless service in London today, notching another city up on their growing coverage map. Over the past couple years the company has opened up in Toronto, Calgary, Edmonton, Vancouver, Ottawa, Kitchener/Waterloo, Guelph, Cambridge and Niagara.

According to Q3 2011 results, WIND Mobile has over 358,000 subscribers and 2012 will be an ambitious year for expansion – not just in subscribers but coverage. The press release today they said that Canadians can expect to see WIND Mobile stores and Home Zone’s in more cities, specifically Barrie, Peterborough, Windsor, Kingston and Belleville in Ontario, plus Mission in British Columbia. Probably the best news, something the company has been talking about for the past year, is WIND bringing service to Halifax, Winnipeg and Regina next year. No specific dates for each location.

WIND offers up $200 credit to new customers, spread out over 24 monthly installments

Microsoft looking for people “to help build and test the next generation Maps experience on...