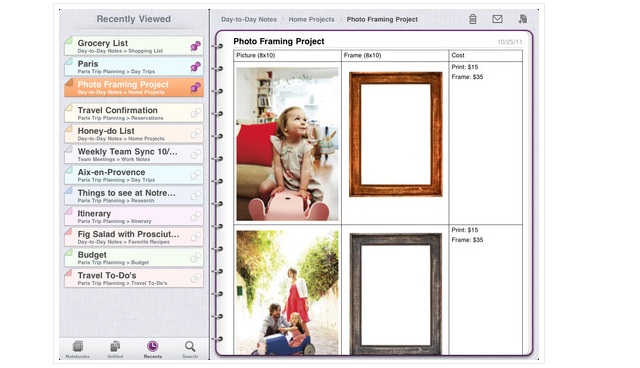 Microsoft is doling out the love to alternate platforms this week. After releasing its Lync Mobile app on Windows Phone, the popular enterprise messaging suite will soon be arriving on iOS, Android and BlackBerry.

Now they’re also unveiled OneNote for iPad, which syncs with your SkyDrive account for easy cloud access. I used to use this app on my Windows laptop when in university and found it to be one of the best ways of managing class notes, to-do lists, recipes and general scribbles. While the market has since been challenged with mobile-focused fare like Evernote and Springpad, Microsoft has done a great job making the iPad interface seem native and simple.

The app is free and has a 500-article limit. You can upgrade to the full version for $14.99, though unfortunately it is not a universal iOS app: there is a separate iPhone version that requires a separate $4.99 in-app purchase for unlimited use.

Check it out in the iOS App Store.
Via: Addictive Tips