Acer shows off upcoming 10.1″ Iconia A200 tablet in leaked video 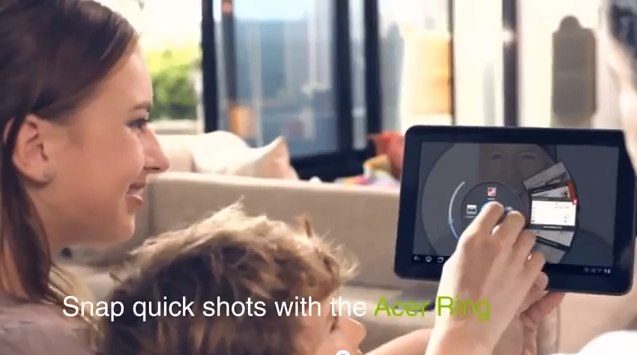 Acer’s Iconia A500 and its 3G cousin the A501 launched earlier this year among a slew of Honeycomb tablets. It differentiated itself by price, being the cheapest Android tablet at $399. Since then the competition has fiercely increased, and at the beginning of 2012 it’s going to start all over again with NVIDIA’s Tegra 3 quad-core chip and Android 4.0 Ice Cream Sandwich.

The Acer A200 should launch in that time frame, and along with a thinner, cleaner-looking black chassis with lightweight materials, it should also come equipped with a vivid 10.1″ screen and Tegra 3 on the inside. Acer is looking to augment Ice Cream Sandwich with a few of its own tricks, including ubiquitous on-screen controls and easy DLNA support. The tablet will have at least one full-sized USB port, along with a microSD slot.

A video has leaked out detailing the tablet’s feature set, and is expected to launch at CES in January.