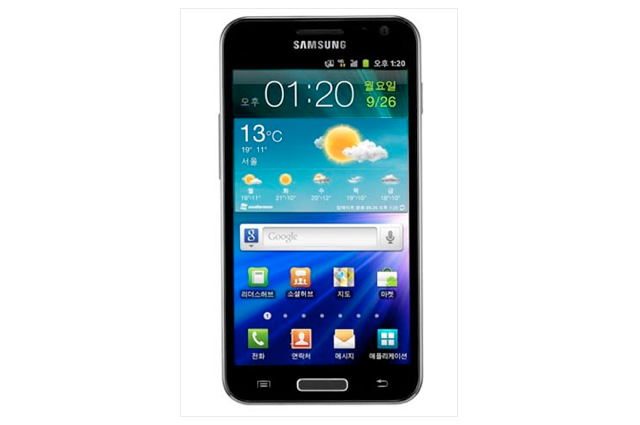 This is easily the best and worst news we’ve heard all week.

Samsung announced earlier today that in addition to a regular LTE Samsung Galaxy S II, they would be bringing an HD version to three South Korean carriers. What makes this particular device HD? Well, it’s 4.65″ display has a resolution of 720×1280 pixels, giving it a juicy Pixel Per Inch count of 315ppi.

The rest of the specs are quite similar to the current upcoming Canadian LTE version, if rumours pan out: 1.5Ghz dual-core processor, 1GB RAM, 8MP camera with 1080p video capabilities, 1n 1850mAh battery, plus NFC thrown in for good measure. At 9.5mm thick it’s only slighter more portly than the current version, and around the same as the upcoming Galaxy S II X.

Obviously there are a couple of unanswered questions here. Unlike the current Galaxy S II, which uses a full-palette RGB colour scheme in its Super AMOLED Plus technology, it is expected that the high-resolution Super AMOLED HD tech reverts back to the old PenTile configuration, meaning fewer subpixels per pixel and more graininess as a result. Surely this will be offset by the sheer number of pixels, but it will be interesting to see how easy it is to read text on the new display.

The other thing this release does is give credence to the idea that the Nexus Prime will sport a HD display. Rumours have put the upcoming developer device at a 4.65″ 720×1280 pixel display, and now that we know the part is out there, it’s more than likely Samsung will pair it with Google’s new superphone.

We hope that the Galaxy S II HD LTE does eventually come to Canada as we have a serious need for this high-resolution technology. We’ll bring you all the details as they come.