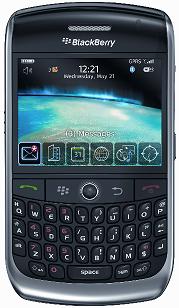 From the looks of things Rogers seems to have quietly launched the BlackBerry Curve 8900 (otherwise known as the Javelin).

When we reviewed an unreleased 8900 we found out that it was UMA capable (Rogers Talkspot) and also comes with WiFi, GPS and a 3.2 megapixel camera with auto focus.

** UPDATE** BBNews: “Here’s the deal, it looks like the brand new Curve is out-of-stock for new activations. However, we have confirmed that those who are due for a Hardware upgrade have purchased the device already for $179.00. Rogers couldn’t tell me when they’ll have more 8900’s in stock for us regular folks, but if you’re due for an upgrade give them a call and let us know how it went below. We were told 3-5 shipping days.”