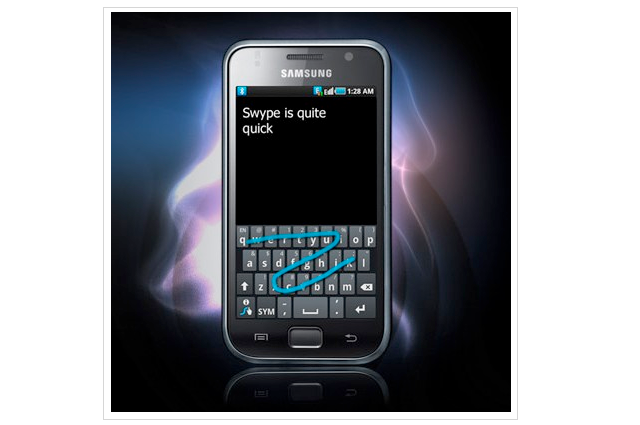 Update: One of our awesome commenters noted that a custom build of Swype has been made compatible with the Galaxy Nexus. Pick it up over at Google+. (Thanks Thas!)

Remember when Swype was purchased by Nuance Technologies for a tidy sum? The first fruits of that seemingly-inevitable partnership are seeing the light of day for Swype Beta users.

According to the company, Google’s native dictation software has been entirely replaced with Dragon Dictate which is supposed to be faster and more accurate. English and French are supported, along with German, Italian and Spanish. We found the service to be accurate, indeed, but no faster than Google’s built-in dictation software in Ice Cream Sandwich. Nevertheless, this is the first time Dragon has been offered on Android, and a lot of people are going to be very happy about its inclusion.

Other improvements are to the prediction algorithms which is better suited to learn your word combination tendencies over time. Trace colour has been updated to orange, and you can now download keyboard languages from within the Preferences panel.

Unfortunately this beta doesn’t address one of the most critical issues facing Swype users: no Galaxy Nexus support. Hopefully the issue can be resolved as soon as possible, as it’s hard using an Android device these days without the venerable keyboard alternative.

If you haven’t been prompted to download an over-the-air update already, head over to beta.swype.com to get it, or to sign up and have your mind blown.

Source: Swype Forums
Via: The Verge