I had no interest in Fire Emblem Warriors: Three Hopes, but now I love it

This is far more than another Dynasty Warriors knock-off 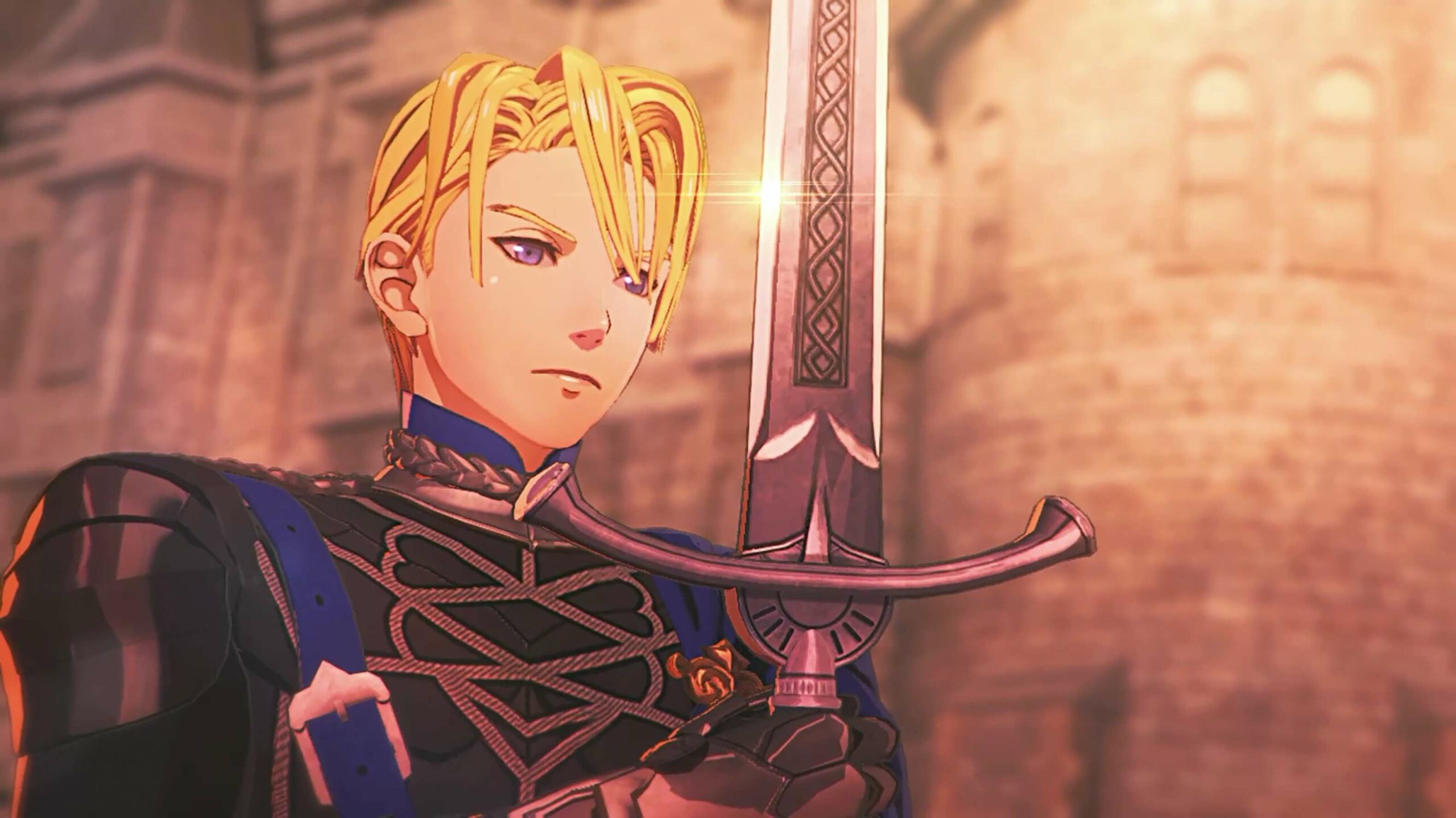 Fire Emblem: Three Houses is one of my favourite games of all time.

The Switch exclusive offers a near-perfect mix of deep strategic combat, layered character progression and social simulation mechanics that just clicks with me.

Having said that, I was initially uninterested in the spin-off game, Fire Emblem Warriors: Three Hopes. Taking cues from 2017’s otherwise unconnected Fire Emblem Warriors, Three Hopes is actually a ‘Musou’ action game in the vein of Dynasty Warriors. That wasn’t exactly appealing to me, especially considering there have been a lot of Musou games, and that hack-and-slash style of gameplay can wear thin.

But then I played Three Hopes, and quickly found myself won over. Impressively, Three Hopes soon reveals itself to be a much more faithful recreation of Three Houses‘ signature tactics and character building than you’d expect. As such, I’ll fully admit — I was wrong about this game.

Perhaps the most interesting thing about Three Hopes is that it’s secretly a remake, of sorts, of Three Houses. That is to say, it features the same Fódlan setting and general conflict and characters, but in a reimagined fashion — not unlike, say, Final Fantasy VII Remake. In this alternate take on Three Hopes, you play as a mercenary named Shez, who allies with Garreg Mach Monastery and can join one of its three houses.

Like Three Houses, you can choose the protagonist’s gender and which house — Edelgard’s Black Eagles, Dimitri’s Blue Lions or Claude’s Golden Deer — to join. The big twist? Byleth, the hero of Three Houses, is actually the villain of Three Hopes. This creates a lot of intrigue throughout the course of the solid, if sometimes sluggishly paced, 30-odd-hour campaign, although I can’t speak to how much of that will be maintained in the other two house paths. It should be noted, though, that Three Hopes also assumes you’ve played Three Houses, which makes it admittedly less approachable for newcomers. Even as someone who’s cleared two of Three Houses‘ main story paths, I found myself having to brush up on some of that game’s more specific narrative points. Some sort of recap video wouldn’t have gone amiss. On the flip side, prior knowledge of Three Houses makes for a refreshingly unique play experience; given my prior understanding of complex characters like Edelgard, I found myself making decisions more thoughtfully than I would for many games with similar branching narratives. (It’s also just a much better approach than the awkward story-lite Fire Emblem crossover of the first Warriors.)

And on a base level, it just feels good to be back in Fódlan. The lore of Three Houses — rich with themes of classism, religion vs. government and the consequences of war — has always been compelling, and that remains true in Three Hopes. On top of that, it’s lovely to see so many familiar faces. In the original game, I was most endeared to Dimitri, a young prince who initially seems like a boring boy scout but is revealed to be a deeply nuanced and tragic figure.

For that reason, I went with Blue Lions in Three Hopes, making it feel especially rewarding to get to spend more time with Dimitri and his allies. As in Three Houses, the writing and performances here are sharp throughout, reminding me why I fell in love with this cast in the first place. (The return of Three Houses‘ stellar voice cast feels even more poignant as it features another wonderful performance from the late Billy Kametz as the young nobleman Ferdinand.) In the end, Three Hopes‘ blend of recognizable lore and characters with unpredictable story beats proves to be a winning combination.

Deeper than it looks 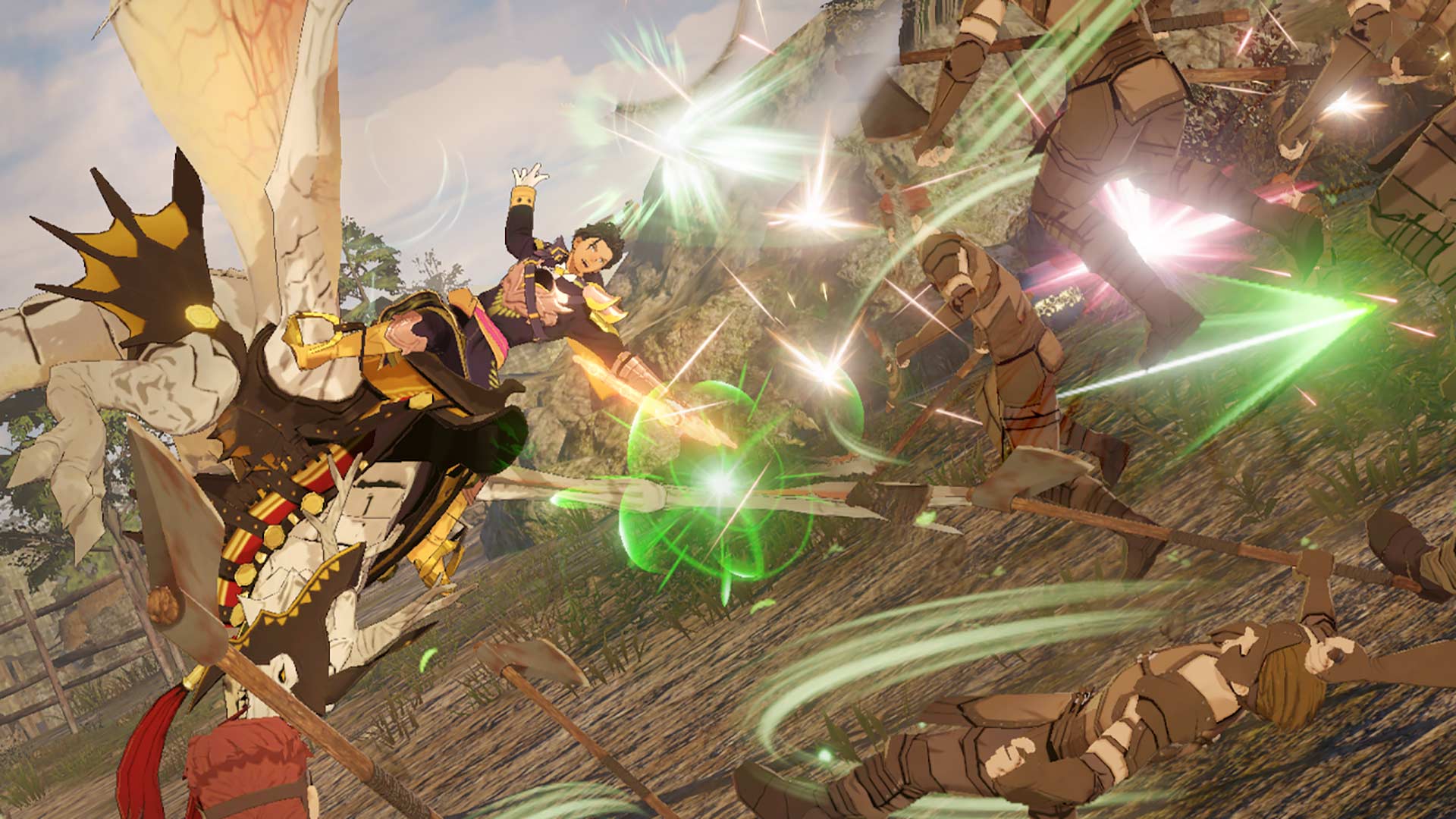 If you’re even remotely familiar with Musou games, you’ll have a pretty good idea of what to expect from Three Hopes‘ combat. In other words, it’s a button-mashy hack-and-slash game in which you rack up big combos against swaths of enemies. It’s definitely more of a style over substance sort of thing; you won’t find particularly deep action mechanics here. Instead, the depth comes from everything you do leading up to and during battle. To start, developer Omega Force has done a bang-up job in making each character feel unique. Take Shez, who dual wields swords for effective at crowd control, compared to, say, the archer Ashe, who trades strength for handy ranged and area of effect moves. There’s a surprising amount of variety in how each character looks and feels, which helps offset some of the repetition that can set in with the core combat.

But of course, the key to any Fire Emblem game is levelling up your character, customizing their skills and upgrading their classes, and all of that carries over in Three Hopes. Being able to upgrade my lance user Ingrid into a Pegasus Knight granted me a solid aerial edge to combat. And because this is a Fire Emblem game, the classic ‘rock-paper-scissors’ tenet of class advantages is prominent here. This means that I can’t just clear the entire battlefield with Ingrid, as her winged mount is extremely vulnerable to archers; I have to be more careful.

While you can freely switch between your party at will, you only control one person at a time, which adds another tactical wrinkle. To that end, Three Hopes allows you to direct and micro-manage your allotted units on the fly. Looking at the mini-map, you’ll see which enemy types are in each zone, so you can order your CPU-controlled units to avoid certain areas, back each other up or launch an all-out attack on a point of interest. It’s a brilliant way of retaining the strategic spirit of Fire Emblem while still allowing for the flashy, fast-paced action of a Musou title. 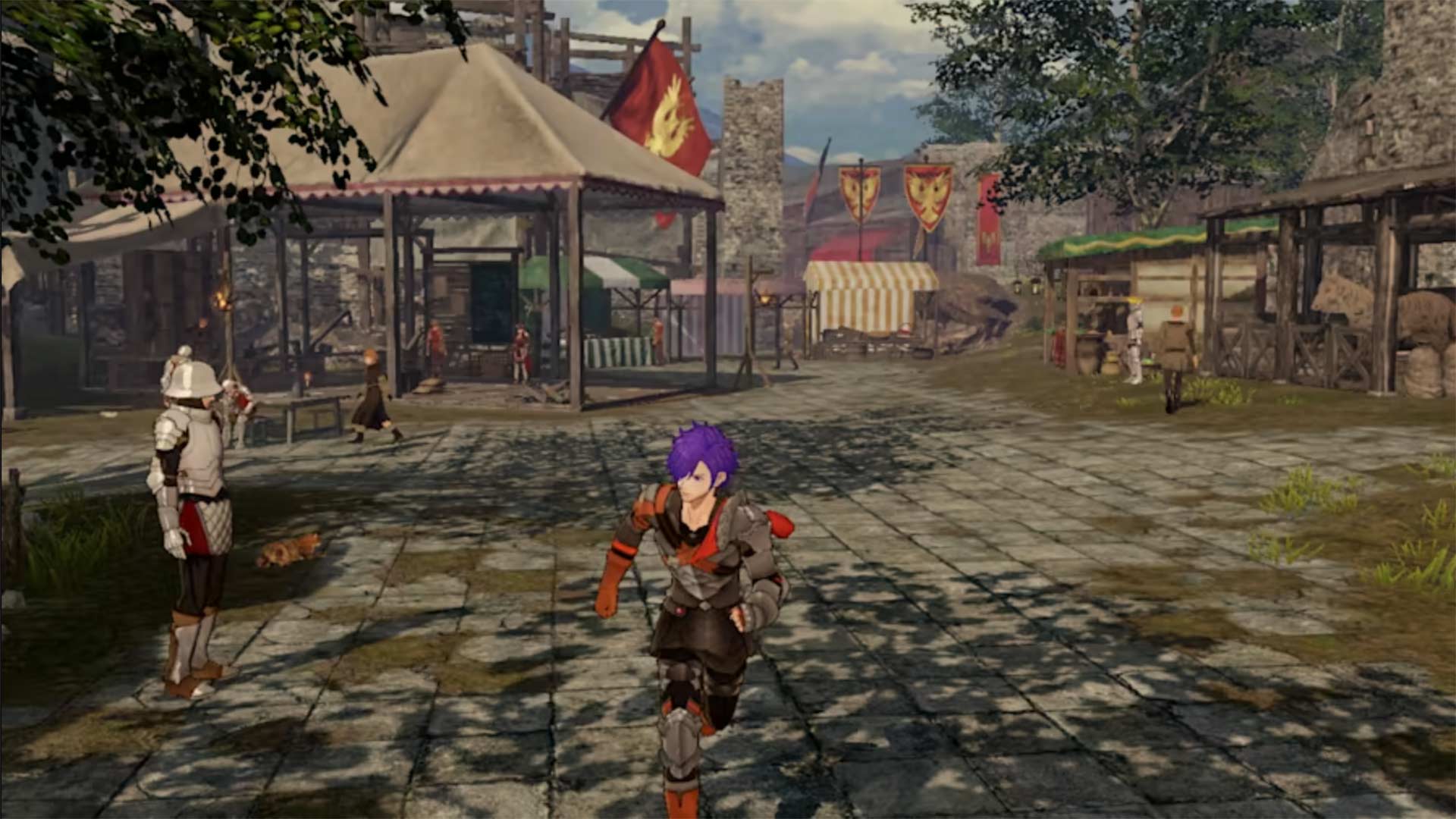 And just like Three Houses, further thought must be given to what you do with characters outside of battle. As in that game, Three Hopes allows you to explore a large 3D space in between skirmishes, only this time it’s a campsite instead of the monastery. While it’s admittedly less visually impressive accordingly, the more generic setting does feature the same plethora of relationship-building side activities.

With your allies, you can share meals, tend to equipment, care for the horses and more — all of which strengthen the bond between whoever takes part in them. This will give you special Support conversations — like in Three Houses, charming cutscenes that reveal more about each character — while also making them more efficient when paired as ‘Adjutants’ in battle. The latter point is especially crucial, as you can use one unit to help counter another’s inherent weakness, like the aforementioned Ingrid’s arrow vulnerability.

If you’re someone like me who was initially put off by Fire Emblem Warriors: Three Hopes being “yet another Musou game,” I’d recommend giving it a chance, especially since there’s a meaty free downloadable demo. Much of what’s so good about Three Houses — the strong characterization and tactics-driven progression — are present, with some tried-and-true satisfying hack and slash combat. It may be repetitive and bloated at times, but on the whole, Three Hopes is a welcome return to a beloved world, and I’m so glad I gave it chance.