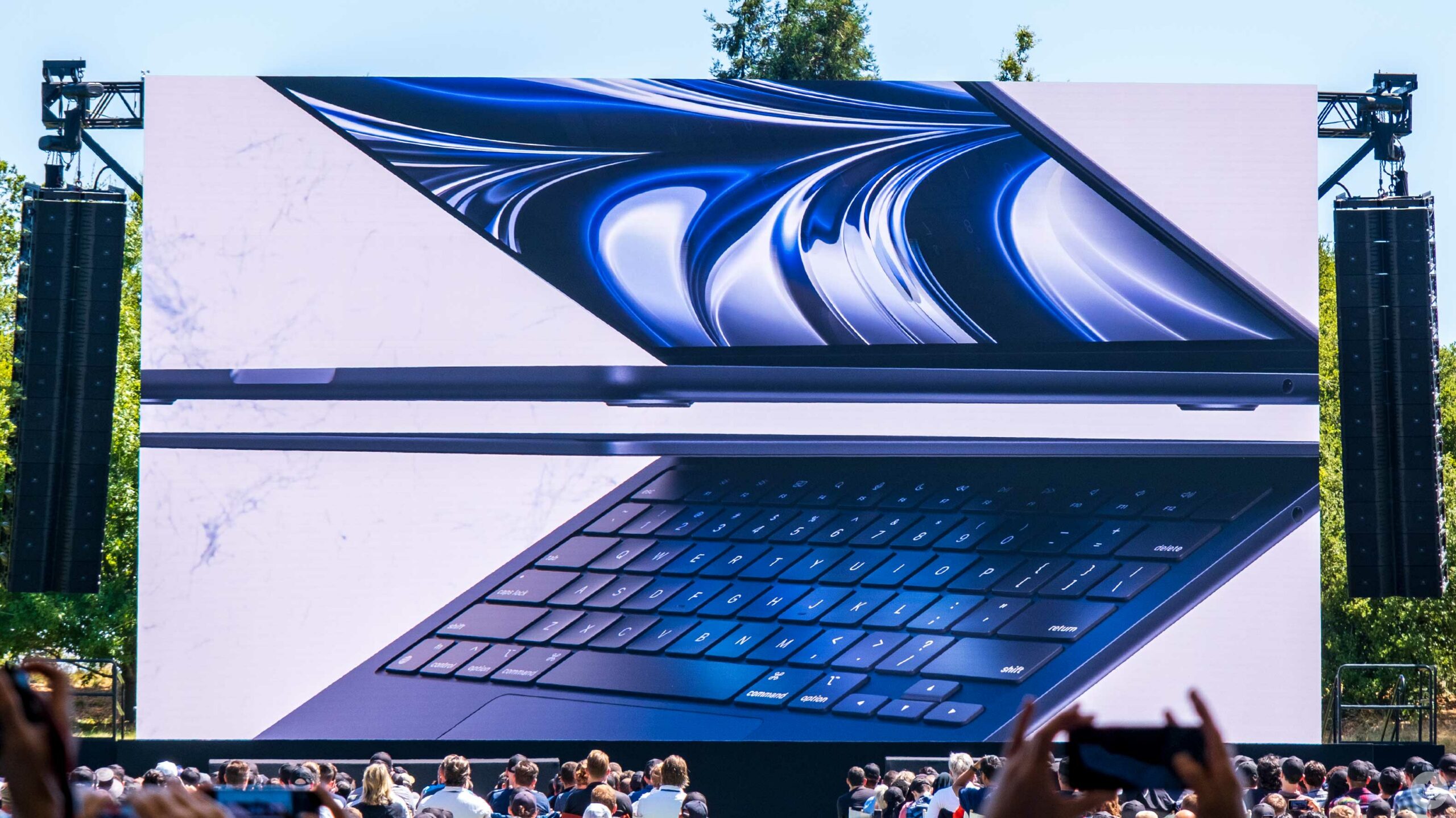 The new MacBook Air is poised to be a significant step forward for the iconic lightweight laptop line thanks to its powerful M2 chip and sleek, more squared-off design that ditches the tapered wedge look of its predecessor. The new laptop weighs just 2.7lbs and it 11.3mm thin.

Regarding ports, the new MacBook Air features a 3.5mm headphone jack, two Thunderbolt ports and similar to the most recent MacBook Pro (2021), the return of Apple’s MagSafe charger. 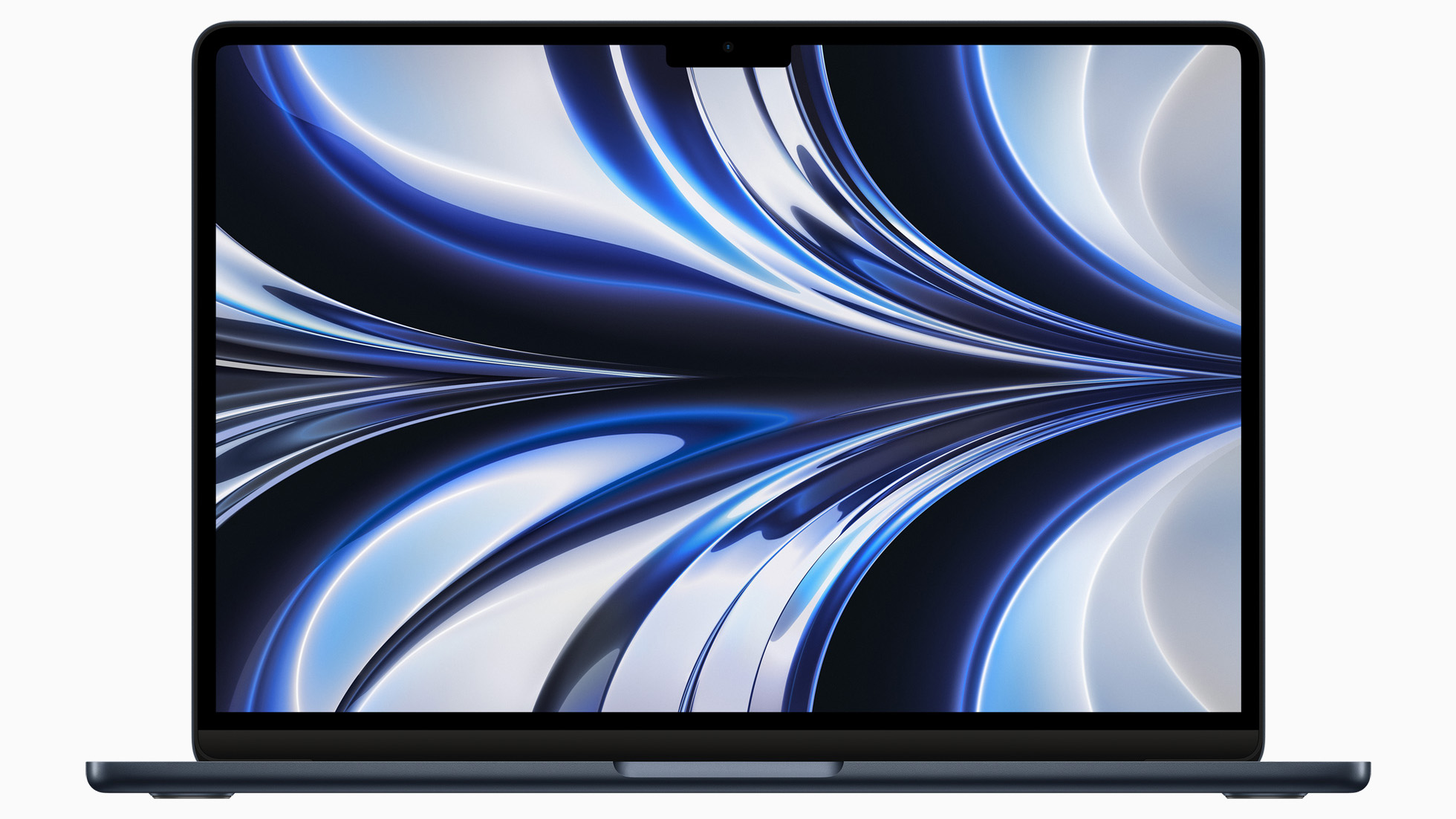 The laptop’s 25 percent brighter Liquid Retina display measures in at 13.6-inches thanks to its reduced bezels. Apple also confirmed during its WWDC 2022 keynote that the new MacBook Air does not include a fan. Other new features include a display notch that houses a 1080p webcam that offers twice the low-light performance when compared to the previous MacBook Air.

“With our relentless focus on power-efficient performance, M2 delivers a faster CPU, GPU, and Neural Engine. And along with higher memory bandwidth and new capabilities like ProRes acceleration, M2 continues the tremendous pace of innovation in Apple silicon for the Mac,” said Johny Srouji, Apple’s senior vice president of hardware technologies, in a recent statement.

The new MacBook Air will be available in several colours, including ‘Silver,’ ‘Space Grey,’ ‘Starlight’ and ‘Midnight.’ Apple confirmed that the M2 chip is also coming to the entry-level MacBook Pro. 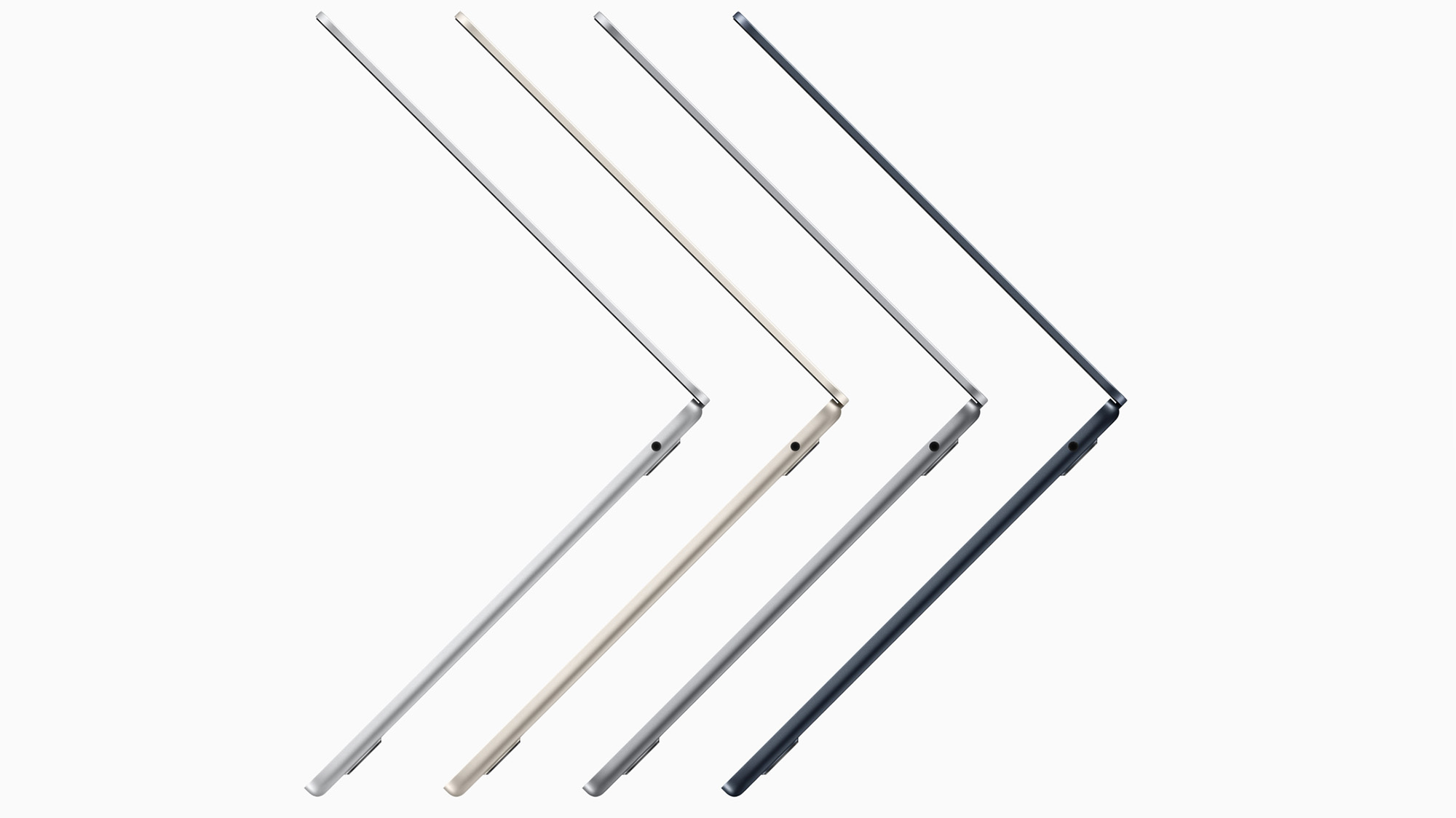 The new M2 chip features an 8-core CPU, including four high-performance cores and four high-efficiency cores. Its GPU offers 10 cores, alongside a larger cache and higher memory bandwidth. Finally, the laptop supports up to 24GB of RAM.

We’ve reached out to Apple for the new MacBook Air’s official Canadian pricing and availability. In Canada, the MacBook Air starts at $1,499 for the M2 8-core CPU/8-Core GPU, 8GB of RAM, 256GB of storage model. Apple says the new Air will ship next month, but its specific release date remains unknown. During the keynote, Apple confirmed that the M1-powered MacBook Air will remain in its laptop lineup.

MobileSyrup will have more on the new MacBook Air in the coming days.