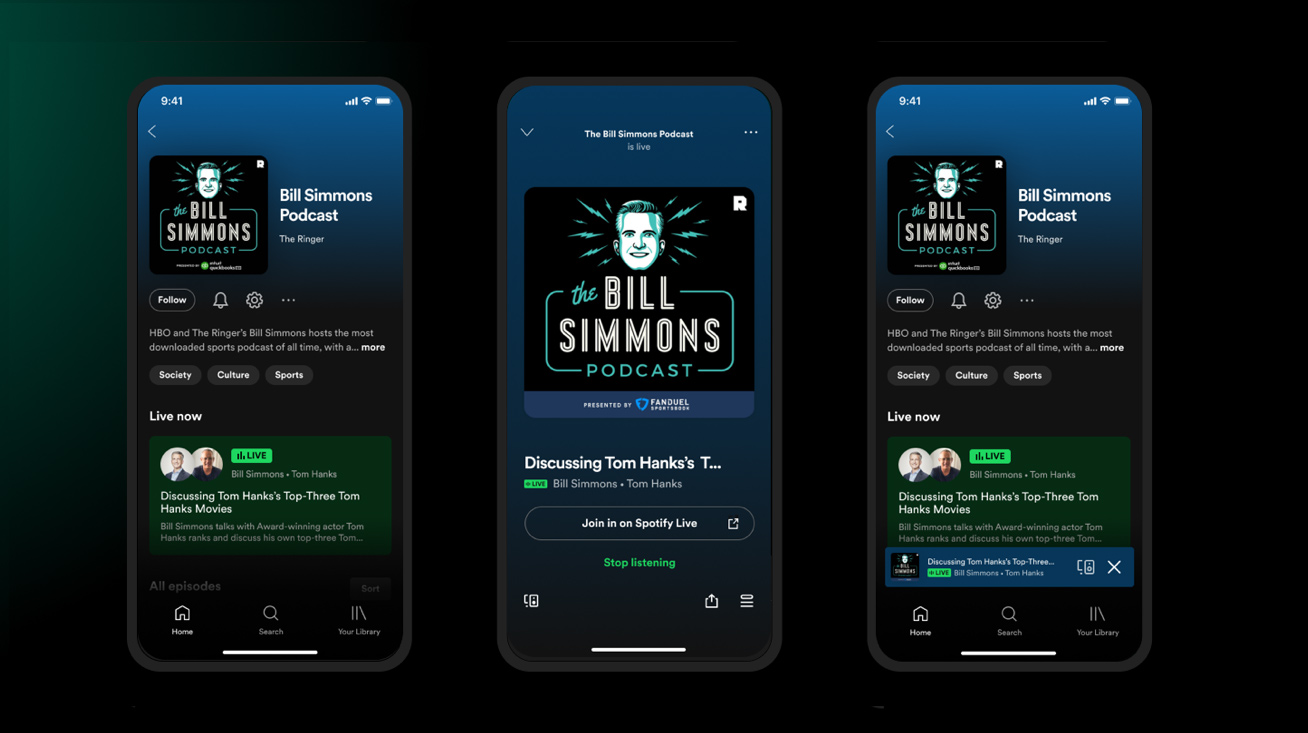 According to Spotify, select original programming will be available on the platform. Independent creators that want to go live can still do so in the separate Spotify Live app.

You can now livestream real-time conversations between artists, creators, and athletes right from @Spotify pic.twitter.com/oHE7sTFbjl

Additionally, Spotify says it will highligh its top audio creators through exclusive programming in addition to the full slate of original programming that Spotify has already introduced.

Starting now, the live edition of Off the Record with DJ Akademiks will be available. On April 15th, the company is hosting a live DJ set from Swedish House Mafia as part of the group’s release party.

There are more events set for April and May. You’ll be able to tune in to live programming via the host’s podcast or artist page, and if you want to participate in the chat or join the host, you’ll need to head over to the Spotify Live app.

Clubhouse reached more than 10 million users within a year of its launch.