Kirby and the Forgotten Land isn’t open-world, but that’s okay 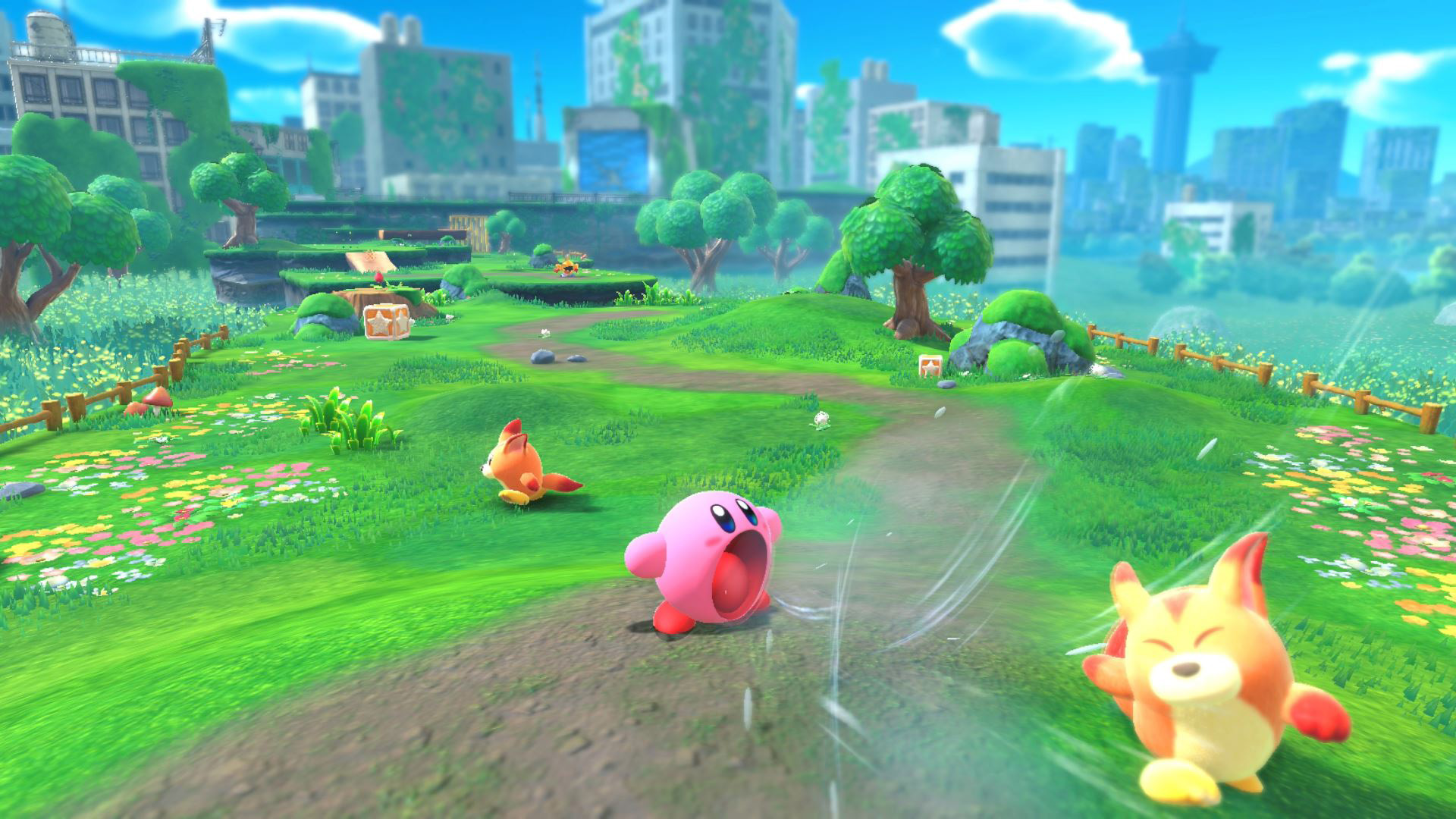 Kirby and the Forgotten Land is one of the strangest Nintendo titles I’ve ever played.

With abilities ranging from filling Kirby with water to becoming a vending machine or a car (yes, “Karby” is a thing), to say The Forgotten Land is weird would be an understatement. The latest entry in the long-running Kirby franchise rewrites the script on what to expect from the series, similar to 2017’s Super Mario Odyssey, while still holding true to what makes it unique in the platforming genre.

But to be clear, this isn’t an open-world, The Legend of Zelda Breath of the Wild-like take on the Kirby franchise. While inventive and new, The Forgotten Land is still divided into worlds and individual stages, offering players a very linear experience.

That’s not to say these worlds aren’t fascinating to explore. During my time with Kirby and the Forgotten Land, I’ve sucked my way through a carnival land full of bright lights and actually became a glowing light bulb at one point (I told you this game is strange), bounded through an abandoned mall full of overgrowth and dodged enemies as a car ripping around a race track.

‘Mouthful Mode’ is the title’s most interesting and arguably compelling feature. Rather than inhaling up the soul of his foes and stealing their powers like in most Kirby titles, the pink puffball puts everyday items he can’t digest in his mouth and literally becomes them. You’ll suck up a car, a vending machine, a ring, stairs, lockers and even a traffic cone in The Forgotten Land. Some of these Mouthful Mode creations are also painfully cute, like the car version of Kirby, for example. 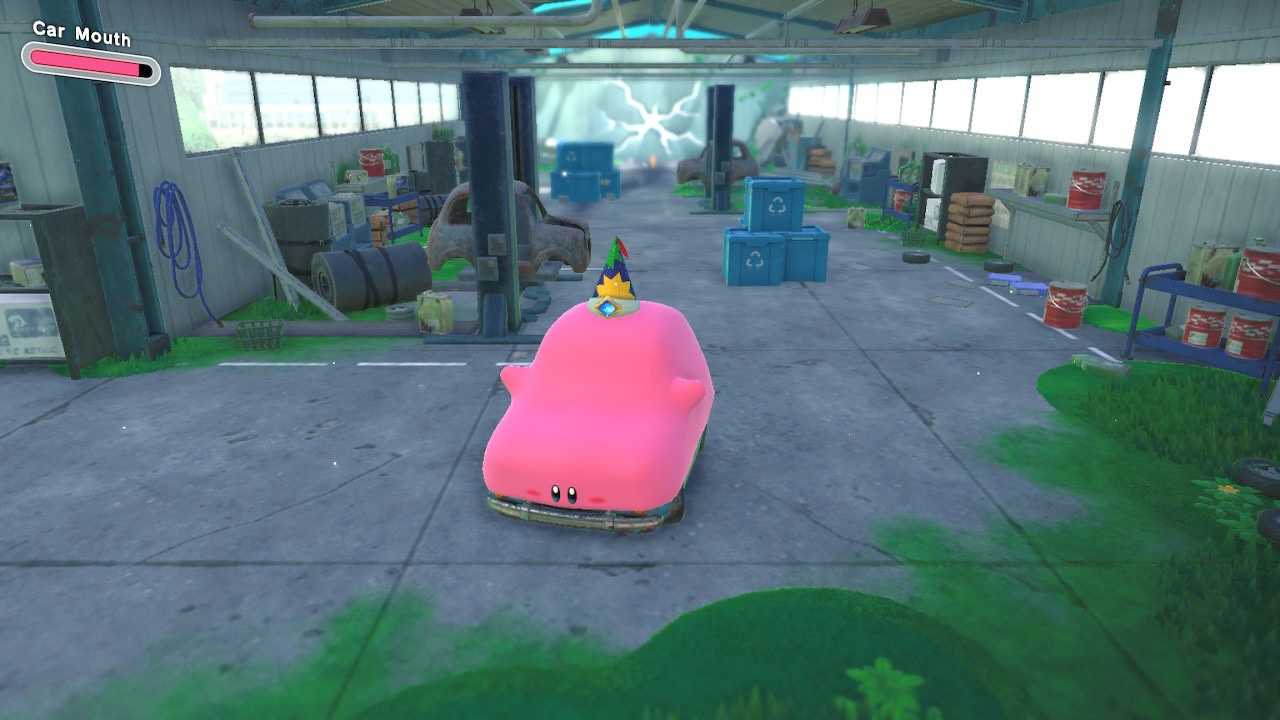 The little pink bubblegum boy takes over the entire upper half of the vehicle, with his eyes and rosy cheeks acting as the grill. In the case of transforming into a vending machine, the look is very similar to Karby and features Kirby’s stubby little arms wobbling as you waddle forwards and shoot pop cans at your foes. These subtle touches go a long way toward convincing you that Kirby has actually become these inanimate objects.

It’s a bizarre addition to the series that somehow works and sits perfectly beside more traditional copy abilities gathered by inhaling enemies, including ‘Frosty Ice,’ ‘Clutter Needle,’ ‘Toy Hammer,’ and more. In fact, Kirby’s various abilities and Mouthful Mode powers often need to be used together to solve The Forgotten Land‘s various puzzles. These abilities can also be upgraded in sometimes hilarious ways in the game’s hub world, Waddle Dee Town, which slowly expands with new buildings as you progress through The Forgotten Land.

Beyond Kirby’s unique abilities, it’s worth noting that Kirby and the Forgotten Land plays like a typical 3D Kirby title. You’ll move from the start to the end of a level while floating through the air, sucking up foes and putting weird objects into your mouth. You’ll also encounter familiar enemies like Awoofy, Bernard Scarfy (my personal favourite) and, of course, Digguh. 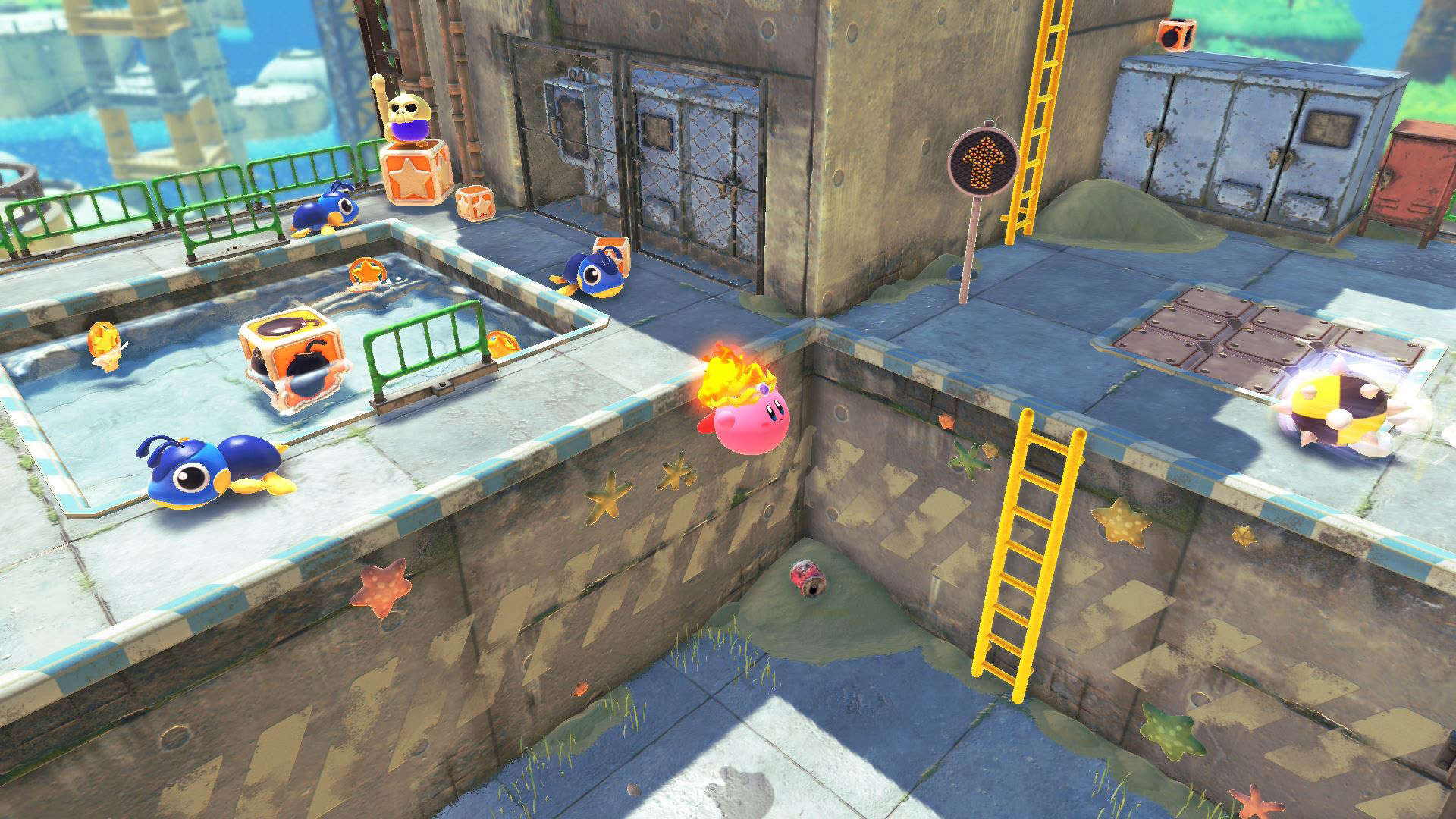 Difficulty-wise, The Forgotten Land is still a little too easy, even when played on its most challenging level. Kirby games have always been accessible and aimed at a younger audience, but I had hoped this latest entry would offer a challenge on par with Nintendo’s more recent Mario platformers. However, like in most 2D Mario games, if you want to kick the difficulty up a few notches, all you need to do is focus on each stage’s specific goals or beat the several mini-game levels’ top times.

There are straightforward tasks like freeing trapped Waddle Dees and taking out a specific boss or powerful foe, but sometimes, these goals are more abstract. For example, in one stage you need to find specific flowers, while in another, you’re tasked with bringing a small group of baby ducks back to their mother, Super Mario 64 penguin style.

There’s also a decent local co-op mode included in Kirby and the Forgotten Land, where the second player takes control of Bandana Waddle Dee. In classic co-op mode fashion, Bandana Waddle Dee doesn’t have the same capabilities as Kirby and is only able to stab foes with their spear and use the weapon to fly through the air like a helicopter. That said, beyond a few camera-related issues, the co-op mode is pretty fun and can make hunting down optional mission objectives easier, especially when it comes to finding that last missing imprisoned Waddle Dee. 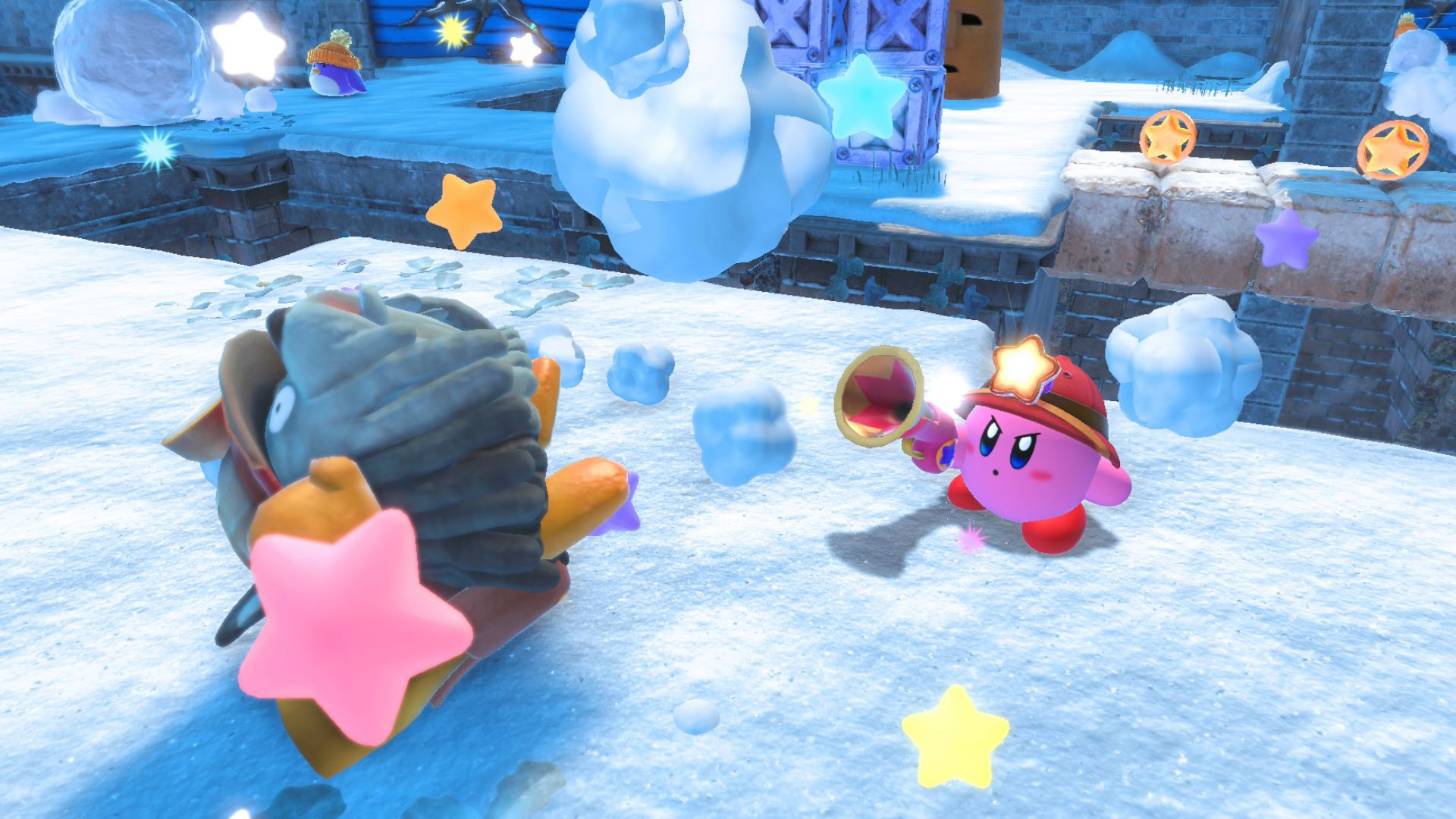 If you go into Kirby and the Forgotten Land with appropriate expectations, you’ll walk away impressed with the title. It might not be the open-world Kirby title some assumed it would be, but it’s still a compelling game that manages to shake up the series’ formula in a few notable ways. Plus, you can become a car.

Kirby and the Forgotten Land releases on March 25th on the Nintendo Switch. You can buy the game directly from Nintendo or at retailers like Best Buy and Amazon for $79.99.