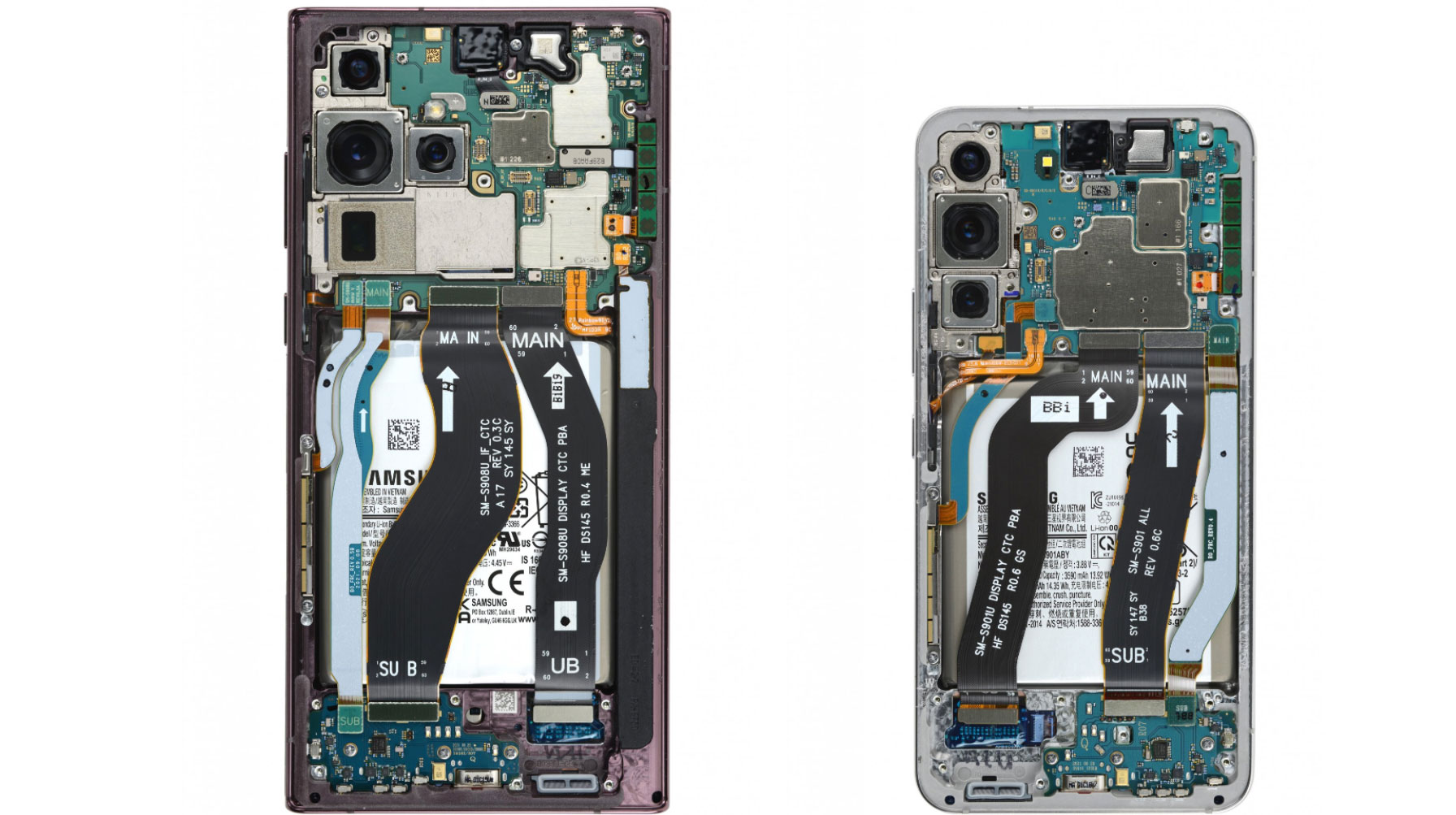 For the S22 Ultra, the deconstruction gives us a look at how Samsung implemented the smartphone’s S Pen stylus and shows off the device’s new cooling vapour chamber.

There’s also a vibration motor inside the S22 series’ bottom speaker rather than the top like in past devices. According to The Verge, the vibration motor is an attempt to catch up to the iPhone’s excellent ‘Taptic Engine.’

Unsurprisingly, iFixit’s video also indicates that the Samsung smartphones are difficult to repair. The phone is held together with Philips-head screws, but additional adhesive makes the device hard to pull apart. Further, the batteries in the handsets are challenging to remove and replace.

Both S22 and S22 Ultra received a three out of 10 for reparability, which is the same number the S21 Ultra hit last year.

While these devices are difficult to fix, they’re also incredibly durable. For example, a YouTuber drove over the S22 Ultra and it only suffered from a few scratches.

If you want to know more about the Galaxy S22/S22+ and S22 Ultra check out our reviews of the devices.