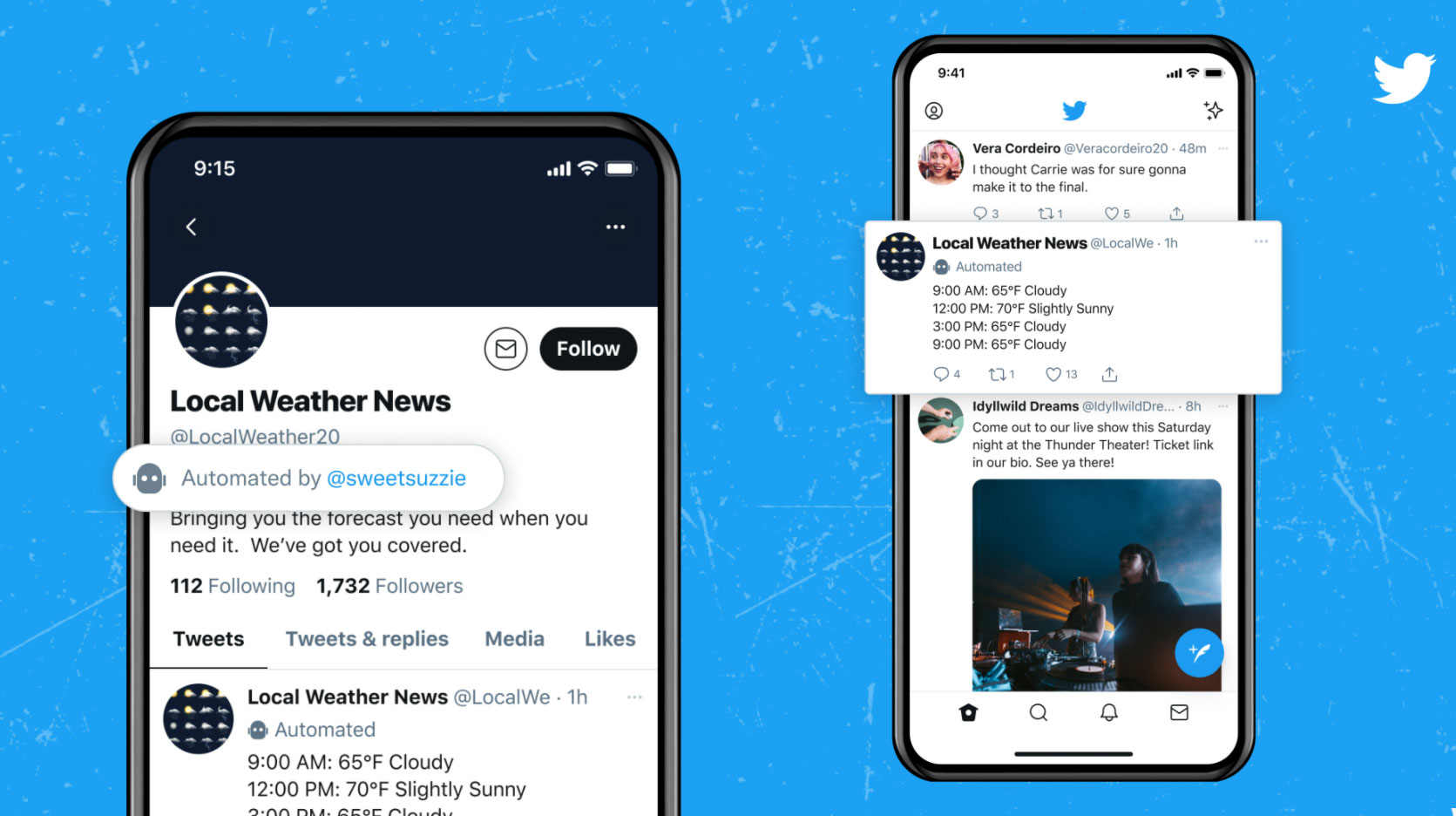 Twitter has been working on a bot flagging feature since September of last year, and it appears as though the feature is going live today.

Back in September, the micro-blogging platform announced that the feature had been rolled out to select developer accounts, allowing them to apply labels to indicate whether a tweet has been automated by a ‘good bot’ or not.

According to the San Francisco, California-based social company, “automated accounts you might see on Twitter include bots that help you find vaccine appointments and disaster early warning systems.” Having a label on such accounts gives other (human) users a better understanding of the bot’s purpose.

At the time, the feature had been rolled out to about 500 developers, but starting today, anyone operating a bot account can add the label to its tweets.

Get your bots in here! Remember when we chatted about all things, #GoodBots? Well now we are celebrating the bots who make a positive contribution to Twitter, all over the world. pic.twitter.com/e1OqJjRZiG

The feature comes after Twitter stated last year that high-quality bot accounts must self-identify as such. It said at the time that developers must clearly indicate if an account is a bot and identify the person operating the account.

In other Twitter-related news, the company is currently testing out a YouTube-like video playback speed feature for Android and Web. Read more about it here.