Thank you for being a friend 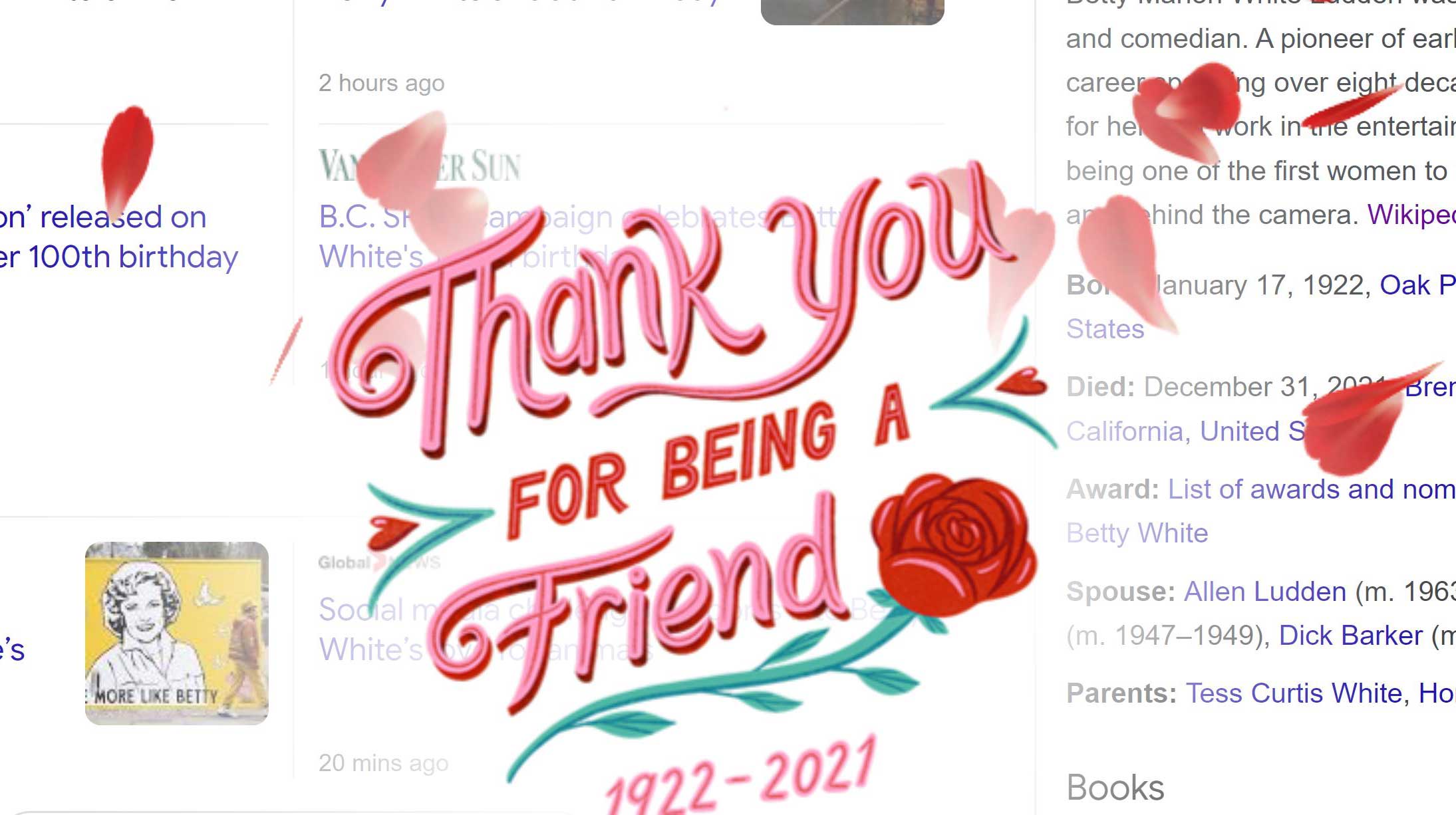 To celebrate the birthday of the late White, Google is showering users with rose petals as a nod to Rose, White’s character from The Golden Girls.

Today, when you type in White’s name on Google, it unlocks an animated easter egg with the message that says “Thank you for being a friend,” the title of “The Golden Girls” theme song.

White had a long-running career in TV and film that spanned more than 60 years, including Hot in Cleveland, The Bold and the Beautiful, Ladies Man, and as a starring cast member of The Golden Girls from 1985 until 1992. White even hosted Saturday Night Live at the age of 88.