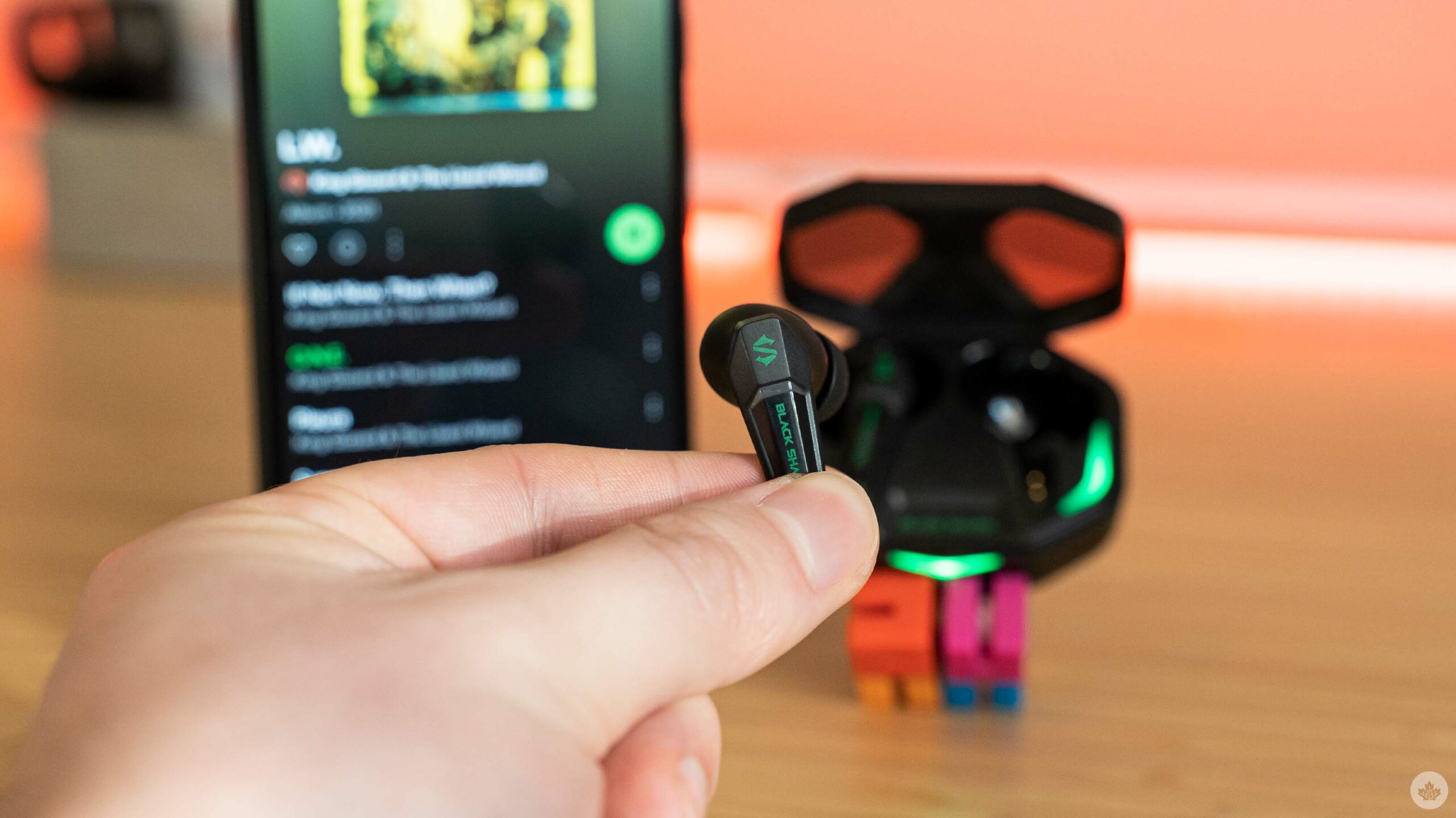 Before the rest of the MobileSyrup team and I took off for a well-deserved holiday break, Xiaomi-owned Black Shark asked me if I wanted to try its Lucifer T1 wireless gaming earbuds. They arrived while I was off and I’ve spent some time over the last week testing these tricky buds out.

Wireless earbuds are all around us and the Lucifer T1 buds tread the thin line between acceptable and bad. At $39.99 in Canada, they check the box for anyone seeking affordable wireless earbuds. In my testing, I found they offered decent Bluetooth connectivity (I had no issues with dropped connections or other glitches when playing music from my Pixel 6 smartphone). They also worked well for phone calls, with people I spoke to being able to hear me clearly when I used them.

Unfortunately, the good ends there. When it comes to audio, I found the tuning on these earbuds wasn’t great. To my ears, the Black Shark Lucifer T1 buds were far too bass-heavy, with the mids having an almost tinny, distant sound. Worse, the audio overall had a graininess to it I haven’t heard from other earbuds and headphones. There wasn’t a companion app with these earbuds, so I wasn’t able to fiddle with equalizer settings to get a better sound. 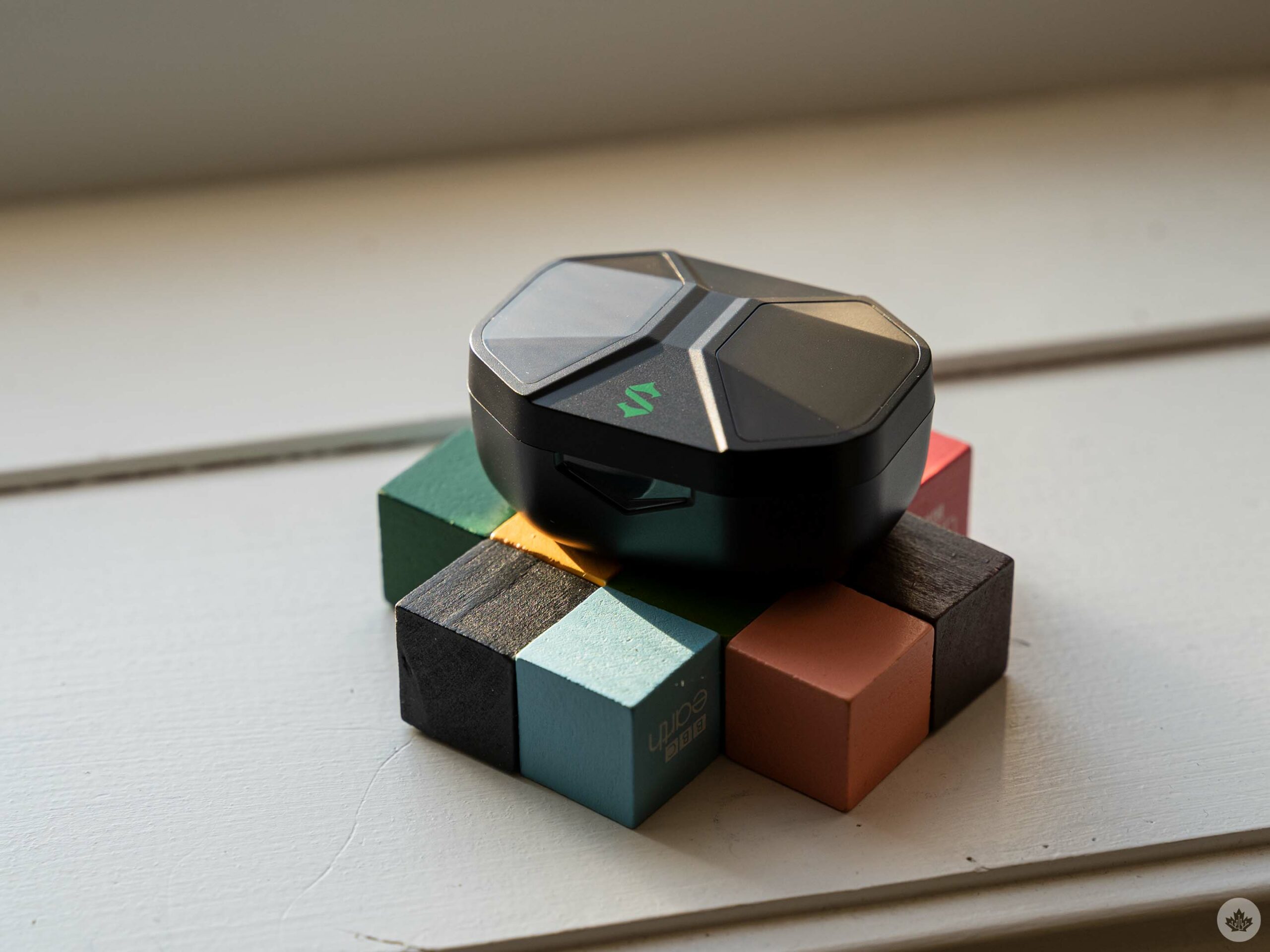 That said, switching the buds from ‘Music Mode’ into ‘Game Mode’ surprisingly improved the audio a little. Game Mode seemed to clean up the graininess. I’d still say the bass was a little too much, but it was more balanced overall compared to the Music Mode. As for actual benefits to gaming, Black Shark says the Lucifer T1 buds offer 55ms latency and that they sync audio and video. I really didn’t notice a significant difference (I seldom do when using gaming modes on earbuds) but the feature is there if you want it. Unfortunately, the Game Mode did introduce the odd audio glitch where music would seemingly skip for a moment, but those happened few and far between.

Ultimately, I wouldn’t recommend these to any hardcore audiophiles, but if you don’t care too much about accurate sound and want something affordable, the Black Shark buds aren’t bad (as long as you keep them in the low-latency Game Mode).

Inconsistent volume made it difficult to pick the right level 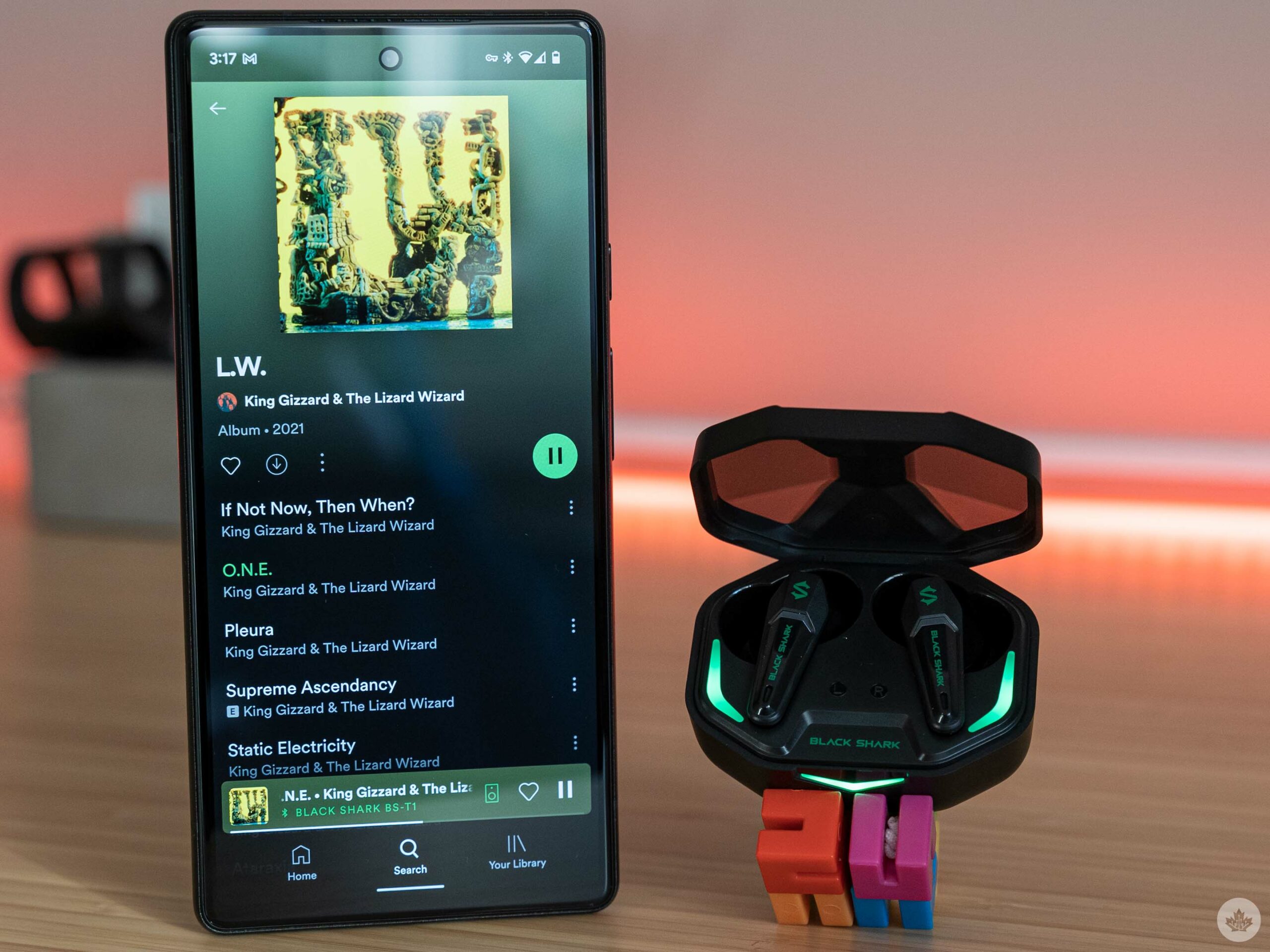 The more frustrating audio issue was the inconsistent volume intervals on these earbuds. There’s a point (I think around 25 percent volume, but it’s hard to gauge with the new Android 12 volume slider) where reducing the volume one-stop significantly drops the output from the earbuds, making them too quiet. However, I found that next step up just a little too loud. It felt like there was at least one more stop on the volume slider that was just missing. I’ve experienced this on other earbuds, but not as bad as this.

Moreover, the Lucifer T1 buds don’t offer active noise cancellation. At this price range, I really don’t mind, and I found the in-ear design helped block out sound around me well enough when using them in my home office. I can’t say how they’d hold up in a noisy environment (like on public transit or in a crowded office) thanks to omicron. 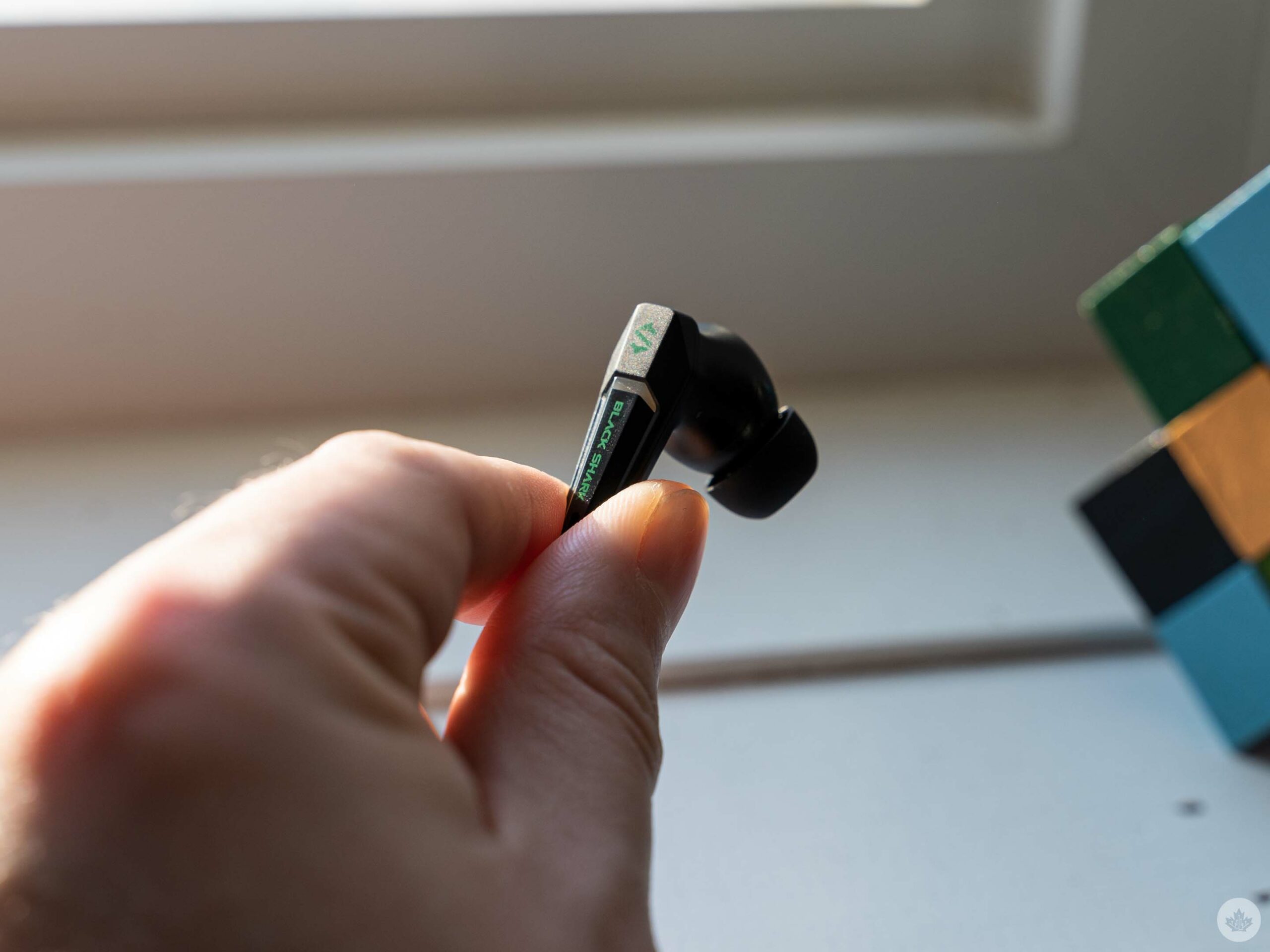 Speaking of the in-ear design, if you don’t find that style of earbud comfortable, then these aren’t for you. The Lucifer T1 buds come with the classic small/medium/large silicon tips and while they were comfortable, I really dislike wearing earbuds like this as over time they give me a plugged-ear feeling. That’s not a complaint exclusive to the Lucifer T1 buds, of course. I also find these types of buds amplify the sound of chewing significantly and, as someone who likes to listen to podcasts while making and eating lunch, in-ear buds like the Lucifer T1s are basically unusable for me.

The buds offer three-and-a-half hours of playback time plus 35 hours of charge with the case. That felt like it lasted forever, although to be frank I had a hard time keeping the buds in my ears until they died.

I also quite liked the look of the buds and the case, particularly the semi-transparent lid that let the various lights shine through. I’m mixed on the well-trodden black/green ‘gamer’ aesthetic, in part because I’ve spent a lot of time reviewing various Razer accessories that use the same colour scheme. Speaking of Razer, I’d be remiss not to mention that the Black Shark Lucifer T1 buds shouldn’t be confused with Razer’s Blackshark V2 X headphones, which I also reviewed. 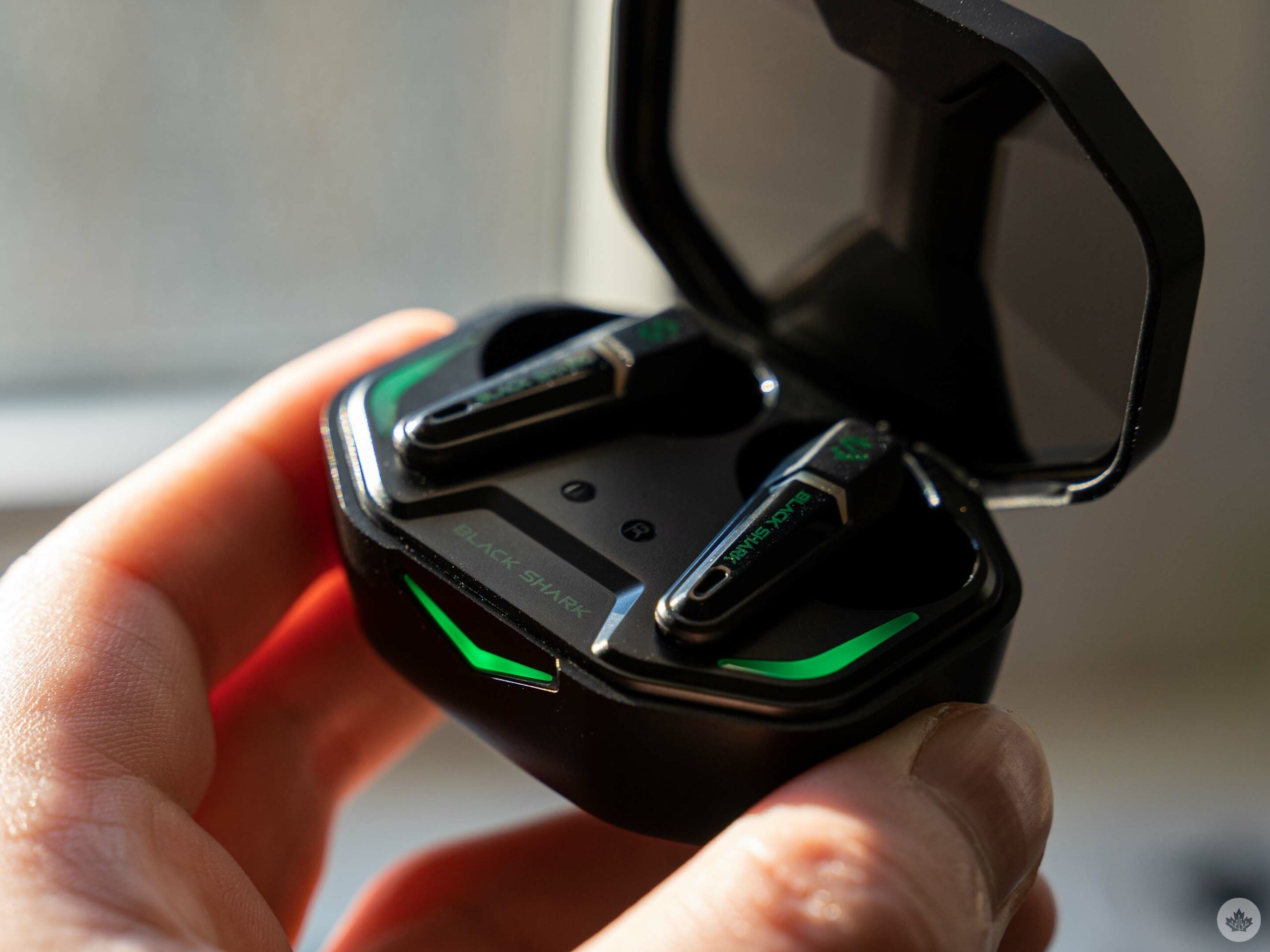 Ultimately, the Black Shark Lucifer T1 wireless earbuds barely skirt by with a pass, mostly thanks to the price. At $39.99, I can forgive middling sound and the lack of noise cancellation, especially since the battery life was fine, call quality was good and I liked how the buds worked. Another surprising plus: the touch controls worked well (at least, once I zeroed in on the touch-sensitive areas on the buds). That’s something a lot of earbud makers struggle with, so I’m glad to see reliable controls on the Lucifer T1s.

Still, if you can afford something better, you may want to pass on these.

The Black Shark Lucifer T1 earbuds are available for $39.99 on Amazon Canada.