From Razer's concept gaming desk to a Samsung monitor that is sure to cause neck problems, here are the five coolest product reveals from CES 2022 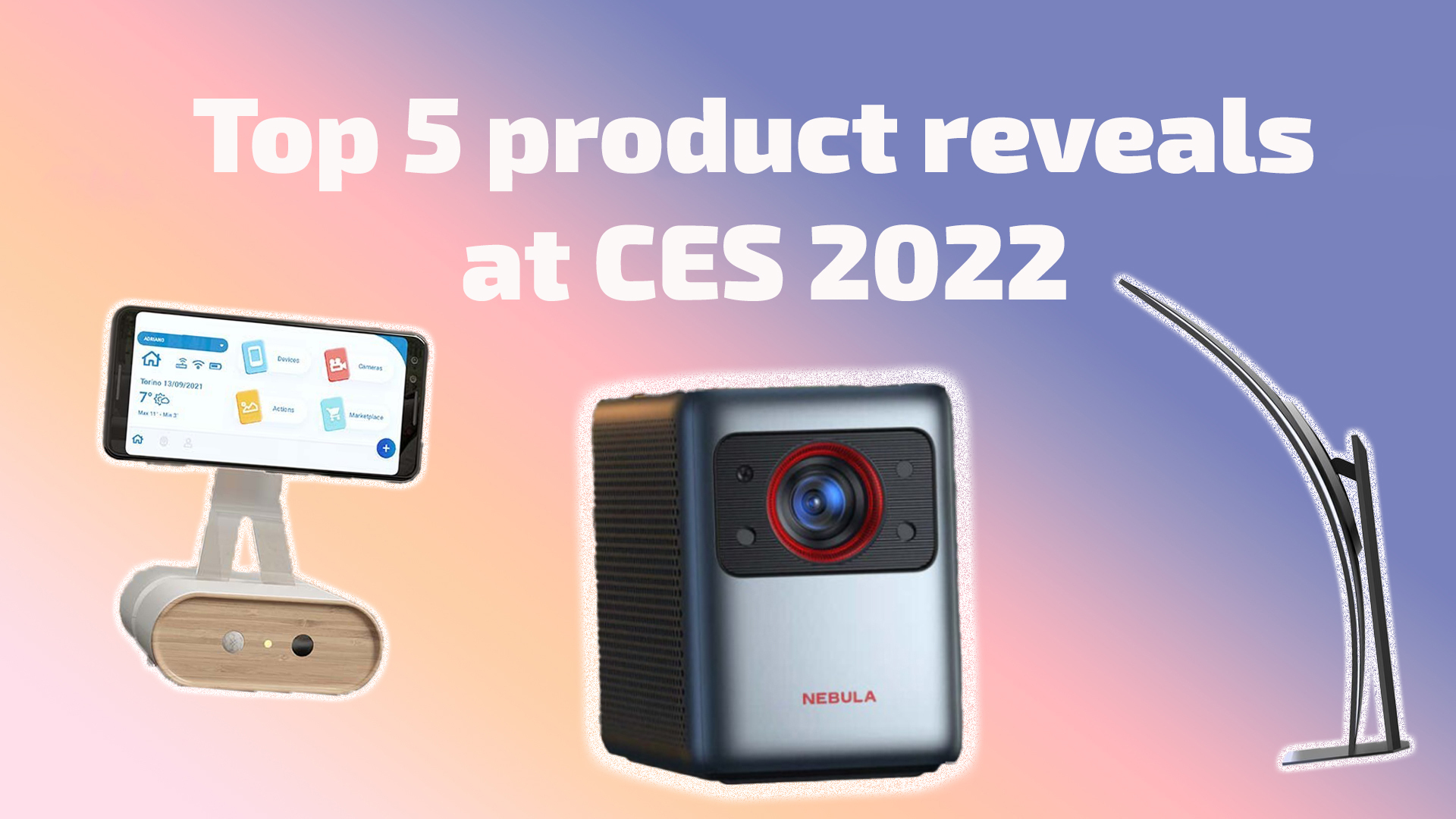 From the latest concept cars to quirky gadgets and vibrant displays, CES never seems to disappoint when it comes to companies showing off what they’ve been working on, and this year was no exception despite being a little more low-key than usual.

While several innovations are unveiled at CES every year, with a bunch of them winning Innovation Awards, not all can make it to the list of the ‘coolest’ products. ‘Cool,’ in this instance, refers to products with a ‘wow’ factor, and the ones that shock, amuse and amaze us the most.

Check out a list of products, in no specific order, that we at MobileSyrup found the coolest at CES 2022.

The projector, which runs on the 2019-released Android TV 10, sports a pair of 30W speakers and can project 4K images at 2400 ANSI lumens. For reference, 1,500 to 1,800 lumens is enough to display a clear and vibrant picture in a brightly lit room, so 2,400 lumens should be bright enough. 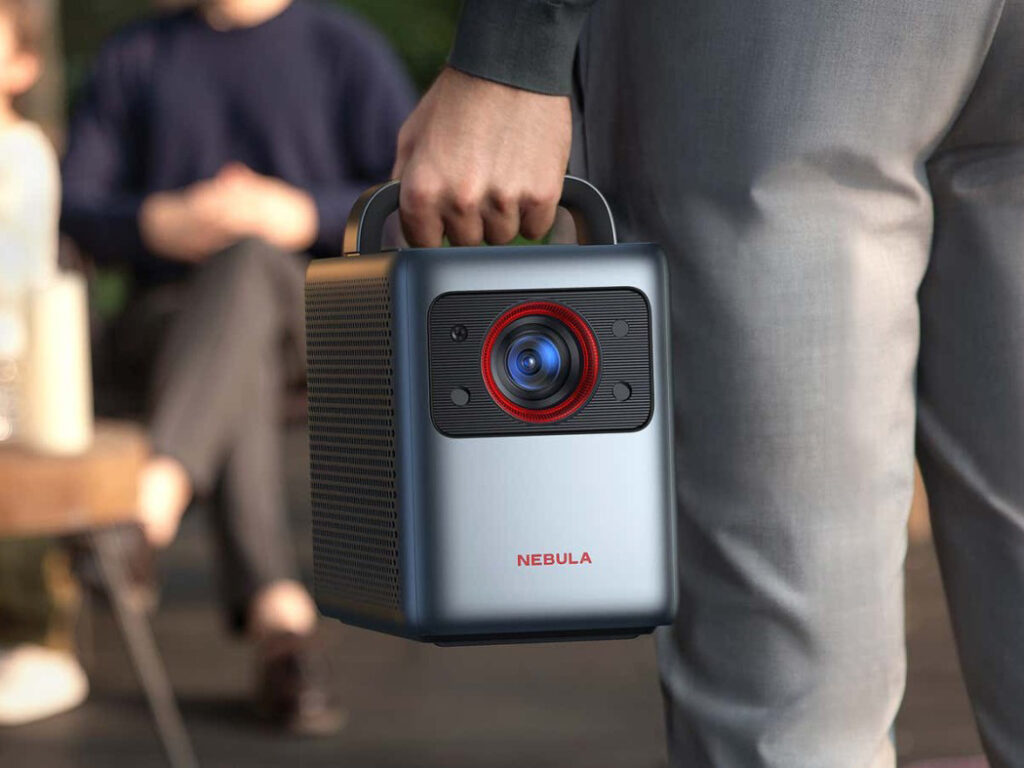 While the projector wouldn’t be able to act as a streamer itself, an accompanying 4K streaming dongle would allow you to cast content directly from your smartphone, so Netflix, Disney+, Crave and all of your other favourite streaming applications run on it.

The project can autofocus on your intended screen of choice within three seconds and features automatic keystone correction and eye-guard technology.

The Cosmos Laser 4K Kickstarter will launch on January 11th, and the 4K projector will start shipping later in March. The device will set you back $2,199 USD (about $2,796 CAD).

Easily one of the coolest reveals of CES 2022 was Samsung’s 55-inch Odyssey Ark which screams “multitasking” or “gaming” (we don’t know who it’s targeted at yet) like never before. Essentially three regular-sized 16:9 monitors stacked together, the Odyssey Ark can be used horizontally or vertically and is designed for either orientation.

The monitor’s specifications are currently unknown. We don’t know the display’s resolution, what ports it supports, or even its refresh rate because Samsung hasn’t released that information yet.

According to Samsung, the Ark will be available in the United States in the second half of 2022. It’s unclear how much the monitor will cost or if and when it’ll be available in Canada, though more information should be available as we approach its release window.

Since I'm being asked if I have more pictures, here is a couple more at different angles including the side profile showing the stand 👍 #CES2022 #Samsung pic.twitter.com/MOKCYDufUS

Domethics’ Adriano is a device that can breathe new life into your old smartphones. It doesn’t make your old devices faster in any way, rather, it gives them a purpose to simply keep functioning the way they are.

Adriano is a smart home hub that uses your old smartphone/tablet as its main screen to control devices in and around your house through a dedicated app. It uses different communication protocols, including Z-Wave, ZigBee, Wi-Fi and Bluetooth 5.0, allowing it to communicate and control devices like smart lights/bulbs, smart thermostats, electrical outlets and more. 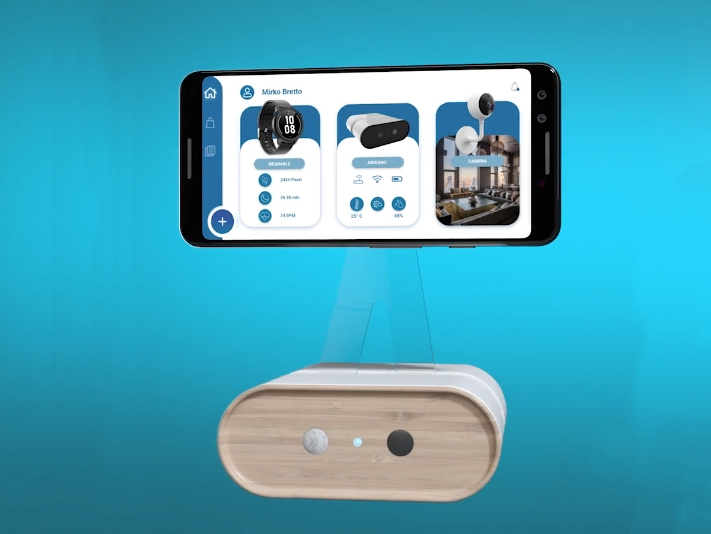 The device functions wirelessly, thanks to integrated batteries that work in tandem with your old smartphone’s battery, along with the ability to function without Wi-Fi, in which case, the device relies on the phone’s 4G or 5G networks to communicate, making it a uniquely portable smart home hub.

Further, Adriano features motion sensors on its front that turn on your old smartphone’s camera, allowing you to monitor what’s happening around it, similar to other smart home hubs like the Amazon Echo Show 10. Adriano can be controlled via voice, gestures or through its dedicated app and is made with recycled plastic.

Domethics’ Adriano has already been awarded the CES Innovation Award Honoree and is expected to launch a Kickstarter next week.

Check out the video below to learn more about Adriano and how it can give a purpose to old smartphones that otherwise won’t make it out of your drawers.

Razer, a familiar face at CES, unveiled ‘Project Sophia‘ at CES 2022. A wild concept gaming desk with what makes Razer products so Razeresque — RGB lighting. Jokes aside, Project Sophia is a neat representation of futuristic gaming desks that have it all.

The desk is basically a computer with a built-in monitor and 13 swappable module slots that let users add various pieces, including your PC components. Project Sophia’s modules allow users to have temperature readouts, touchscreen app launchers, dedicated chat or calendar displays, Qi wireless chargers, audio mixes, a digital drawing surface complete with pen, monitoring tools for the computer’s CPU and GPU, and the best of all, a mug heater.

While the desk isn’t for everyone, it is sure to carve out its niche, especially with gamers with extra money to throw around.

Razer didn’t release any information about if and when the desk will come out, though you can look at neat concept images and learn more about the desk here. Like most of Razer’s CES concept products, the futuristic-looking desk will likely never actually see the light of day.

During its CES 2022 presentation, Sony confirmed that its next VR headset, the PSVR 2, is still in the works, alongside its ‘Sense Controllers.’

Though the tech giant didn’t show off what the next-gen headset will look like, it did reveal a lot of new information about the device’s controllers, including the fact that they will feature the same haptic trigger feedback functionality as the PlayStation 5’s DualSense gamepad.

According to Sony, the headset features an OLED display with a 2000 x 2040 pixel resolution per eye, a refresh rate of 90Hz to 120Hz, and a field-of-view of roughly 110 degrees. There are four cameras embedded inside the headgear, as well as an eye-tracking infrared camera.

Along with outlining several facts about the PSVR 2, Sony also confirmed that Guerilla Games and Freesprite Games are working on a title for the headset called Horizon Call of the Mountain. No additional information was revealed about the upcoming title.

Sony didn’t reveal when it plans to release the PSVR 2, although rumours suggest it will be sometime in 2022.