Backbone One is the perfect controller for cloud-based iPhone gaming 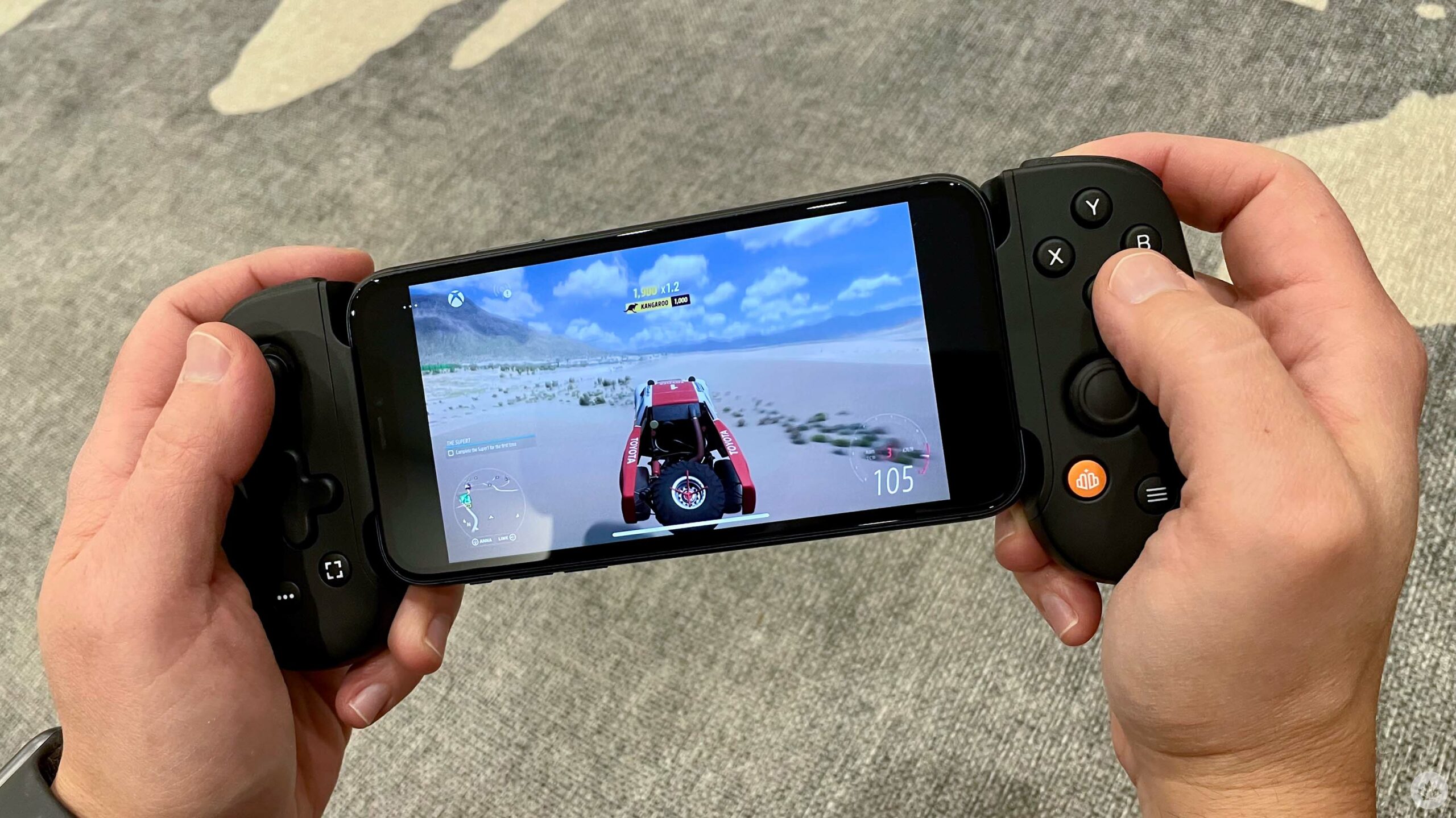 If you’re looking to take your mobile gaming to the next level, the Backbone One for the iPhone offers several excellent features that make it stand out from the pack. The controller and proprietary app offer one of the most seamless mobile gaming controller experiences on the mobile market today.

Gaming on a smartphone has presented a few barriers — namely, that not having physical buttons detracts from the experience. The Backbone eliminates this issue with its own responsive tactile buttons, triggers and Xbox-like asymmetrical clickable joysticks.

The Backbone has also arrived at a critical time, especially with major home console brands like PlayStation, Xbox and Stadia using cloud technology to let gamers play just about anywhere with a strong internet connection. From the excellent hardware to well-designed software, let’s take a deep dive into how the Backbone One performs with gaming on the go.

While unboxing the controller, I was quite impressed with the gamepad’s overall design. The presentation of the hardware, when unboxing, is minimalist and very convenient. In the box, you’ll find the Backbone One controller, a ‘Quick Start Guide,’ and a ‘Safety Sheet.’ 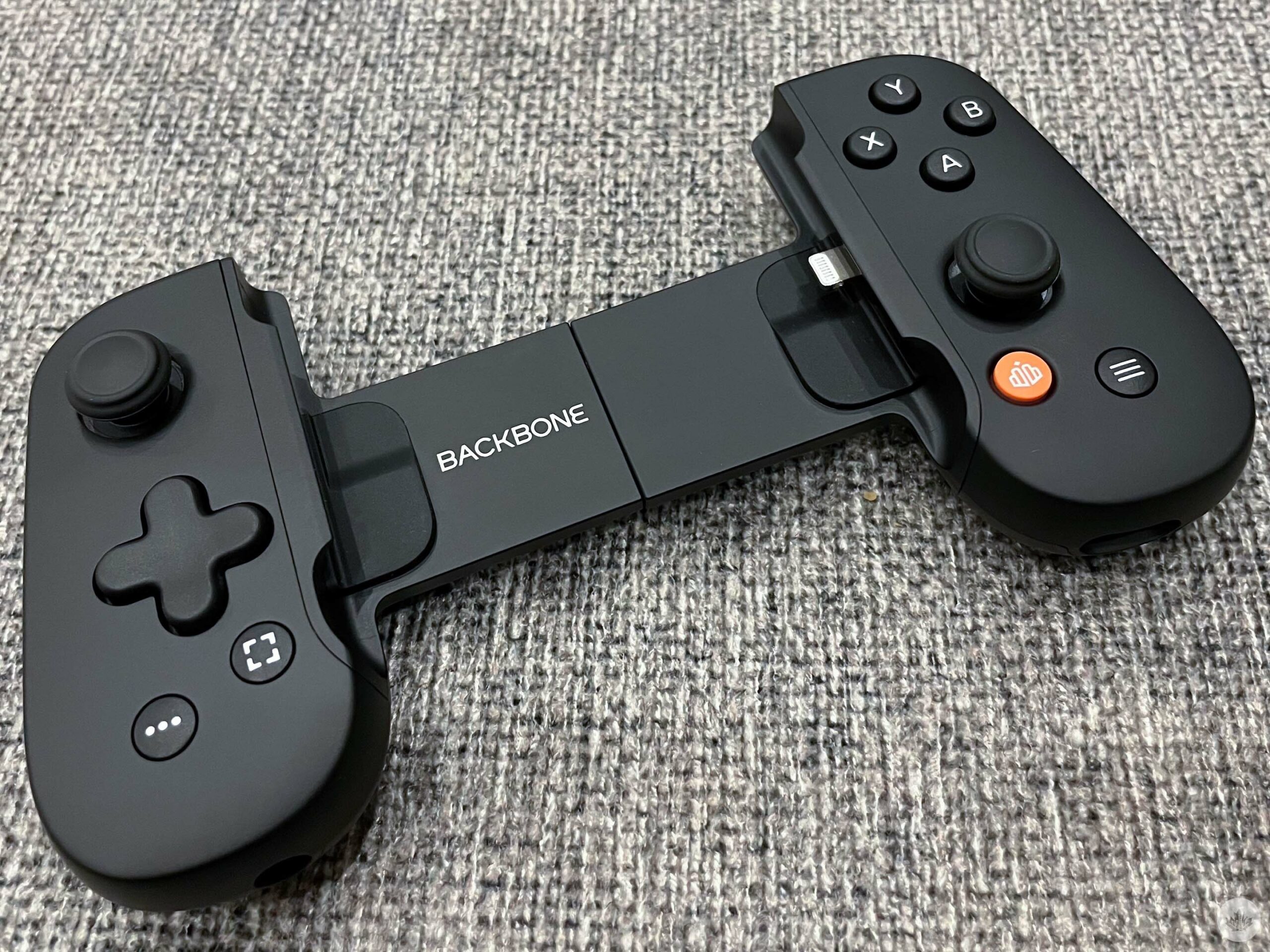 Backbone now offers a free 3-month subscription to Xbox Game Pass for new subscribers, which further sweetens the deal. You’ll really be able to put the hardware through its paces with games like Forza Horizon 5, Halo: The Master Chief Collection, Psychonauts 2, and more.

What’s especially impressive is the way the slider works in combination with the collapsible design. The internal mechanism pulls apart in one smooth movement, letting you fit just about any iPhone size into the Backbone controller. 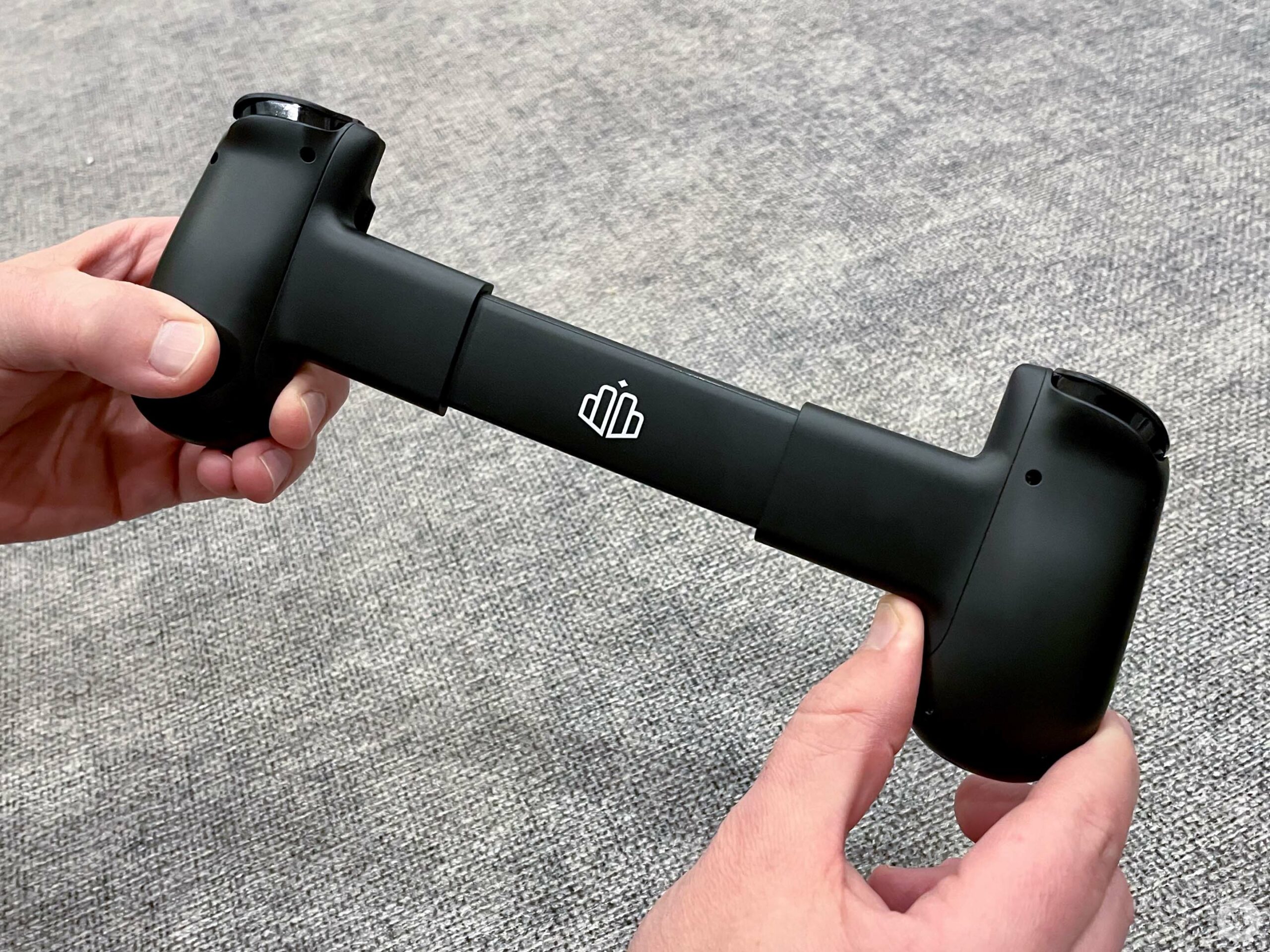 The full iPhone compatibility list is found here, with the biggest caveat coming with the new iPhone 13 Pro or 13 Pro Max. Apple’s latest iPhone requires a free adapter for the best fit, so make sure to pick one up if you decide to purchase the unit. I was using an iPhone 11 in my testing, which was easy to dock in the Backbone and always remained firmly situated.

A limited number of cases work with the Backbone

One important note while attaching the Backbone controller: you likely can’t keep your phone case on when you’re using it. The added thickness will not allow the lighting connector to reach your iPhone’s port. The manufacturer says a limited number of cases work, but I have yet to find one and it would need to feature a razor-thin design.

It’s one of the few odd design decisions with the Backbone, especially with a device built for travel. You don’t want to be fumbling around to remove and store your phone’s case with every use of the device. Unfortunately, there’s no alternative. Thankfully, the support bar that holds your iPhone is very secure.

When you open the box, a small cue card guides you through the setup process, though even without it, getting up and running is straightforward. Pop your iPhone into the controller cradle, install the Backbone app and you are ready to start playing. The tutorial will walk you through the different functions of the software, but you’ll be ready to play in minutes. 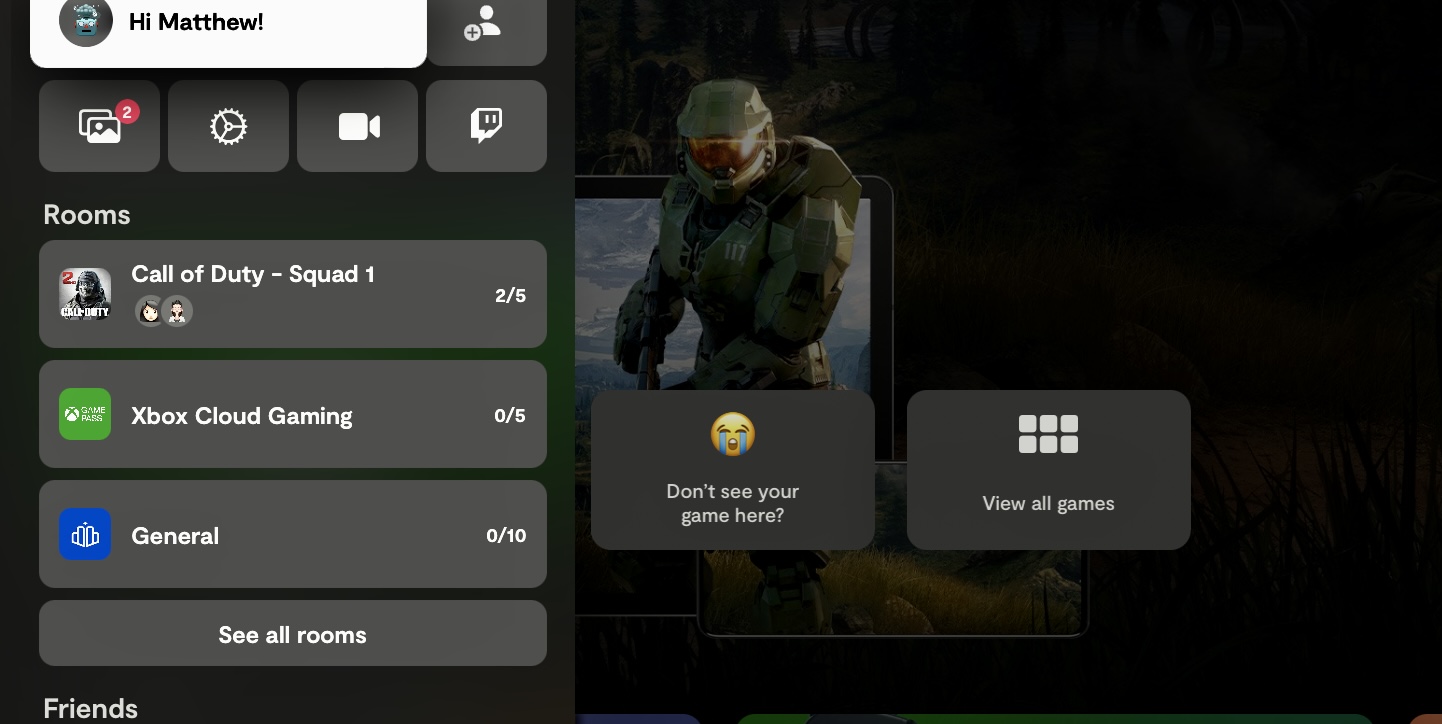 There are two sides to Backbone One’s feature set: the hardware and “all-in-one” software. Let’s look at the hardware first. The controller has a solid feel in your hands, with a footprint that is slightly smaller than a Nintendo Switch. The controller is solid, and the buttons are springy and very responsive. The layout style and overall aesthetic are closest to an Xbox controller.

The unit also sports two clickable asymmetrical analog sticks within a great feeling ergonomic housing. Thanks to the ‘A, B, X, Y’ and ‘hamburger’ menu buttons, I felt right at home as an Xbox gamer. The four shoulder buttons (L1 / L2 + R1 / R2) are comparable to those found on the Nintendo Switch. They have a slightly thicker profile than the Switch’s but are easy to access, especially with FPS games like Call of Duty Mobile or Halo: The Master Chief Collection.

The overall unit is also very light, weighing in at 4.87 ounces, making it feel great to game for long hours. In addition to these buttons, the Backbone has a share button that launches the Backbone app and lets you respond to notifications. You can also record your gameplay and take screenshots with a capture button. At this time, the Backbone can only capture 1080p at 30fps with a 20mbps bitrate on iOS devices. 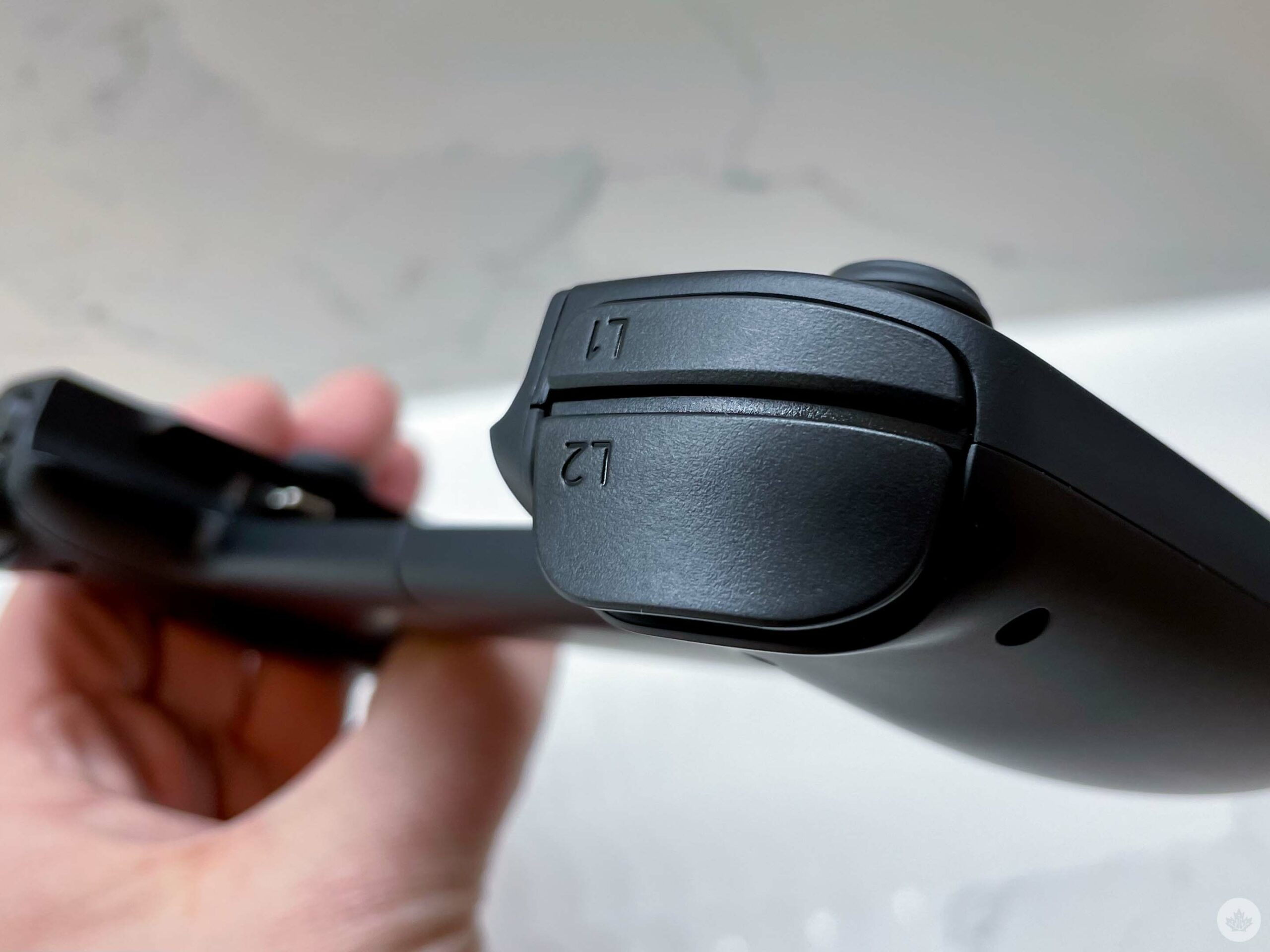 Taking a 360 tour around the controller, on the bottom of the device you’ll find a lightning port for pass-through charging of your iPhone with a standard Lightning cable. It’s a great addition that will keep you in the game longer and not need to unseat your iPhone to charge. The device itself does not contain a battery and it doesn’t draw much power from your phone during operation.

On the bottom of the left-hand grip is a 3.5mm headset jack for headsets with or without microphone.

The software is the ‘backbone’ of the experience

The software side of the Backbone is what really sets it apart from the competition. The app helps to consolidate all your mobile gaming experiences (cloud, remote play and/or Apple Arcade) into one user interface. Along with all this, the app offers the ability to party chat and take in-game video and screenshots.

“As an Apple Arcade subscriber, it was great to have added precision to my mobile gaming experience.”

The software is snappy and responsive, especially when it comes to saving gameplay video or screenshots. The Backbone app saves your captures directly to your iPhone’s camera roll or lets you share them to popular social platforms like Instagram, Twitter and Facebook.

Plays well with others

The controller performs extremely well, whether you are using the Backbone for the Xbox, PlayStation, Google Stadia, Steam Link or GeForce Now platforms. In addition to cloud-based offerings, it’s also compatible with all the games in Apple’s App Store.

As an Apple Arcade subscriber, it was great to have added precision to my mobile gaming experience. The Backbone software does offer social elements like game invites and party chat. It works extremely well, but the one downside is that you must be playing with other Backbone users to be able to take advantage of these features.

I was able to do most of my testing with the Backbone via Xbox’s Cloud Gaming app. Besides the odd buffering of the cloud, the device’s input was extremely responsive. The ultra-low latency buttons are powered by Apple’s latest Lightning technology. A few times while using the controller, I forgot I was playing a game from a smartphone — the controls are that good. 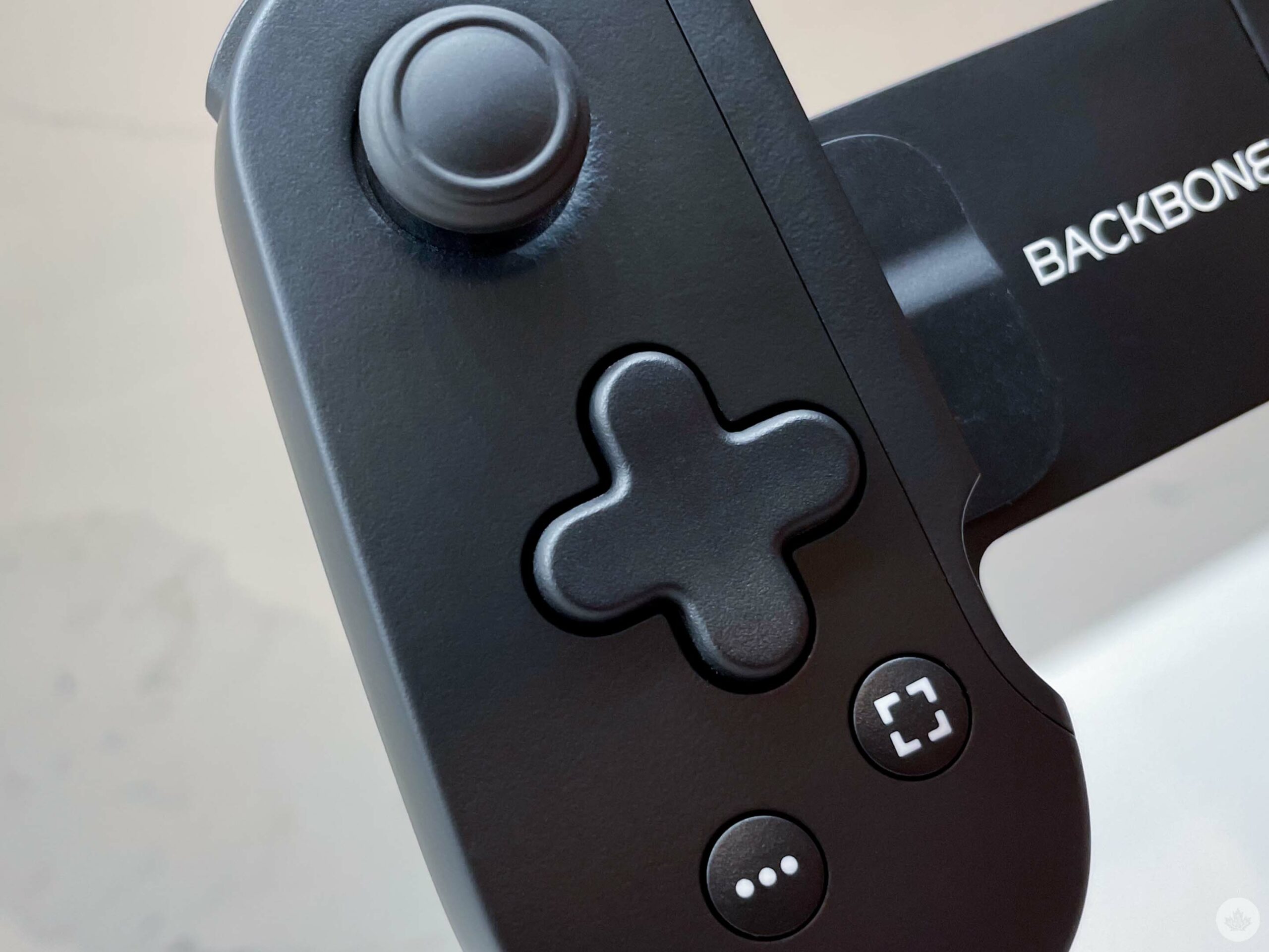 The full button layout with clickable thumbsticks and analog triggers makes this feel more like a full home console experience.

The Backbone One is undoubtedly a worthy upgrade if you’re big on mobile gaming. There are cheaper options on the market, but the high-quality controls, in combination with the “all-in-one” software, set it apart from the competition. The drawbacks of the controller are few and far between, stemming from limited case options that fit with the Backbone and the social features that are locked to Backbone’s proprietary software. 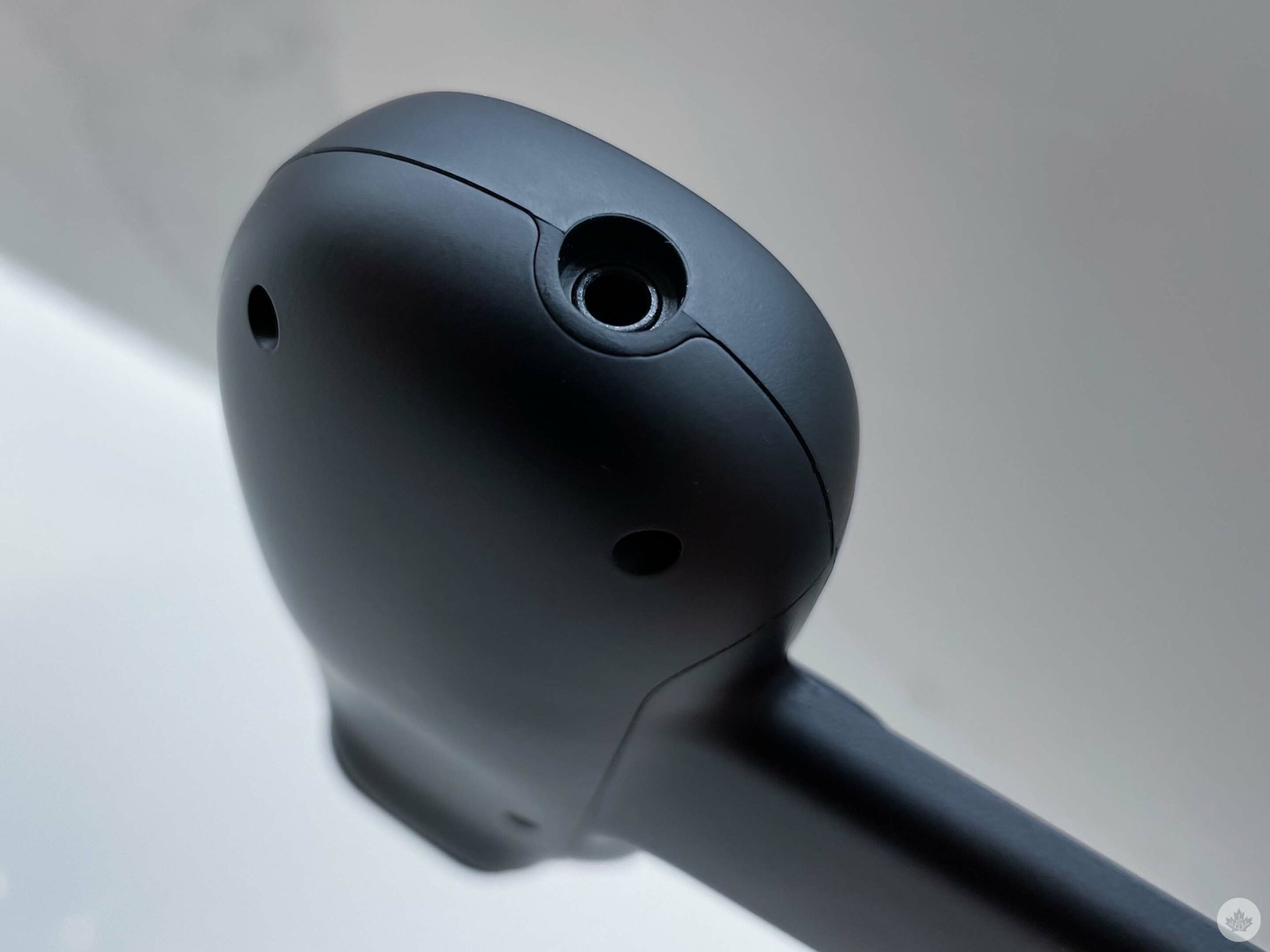 Outside of these issues, the controller offers excellent build quality and smart software integration that seriously level up the mobile gaming experience. If you game on the go, I highly recommend adding a Backbone to your arsenal.

The Backbone One iOS controller is available in the Microsoft Store for $139.99.