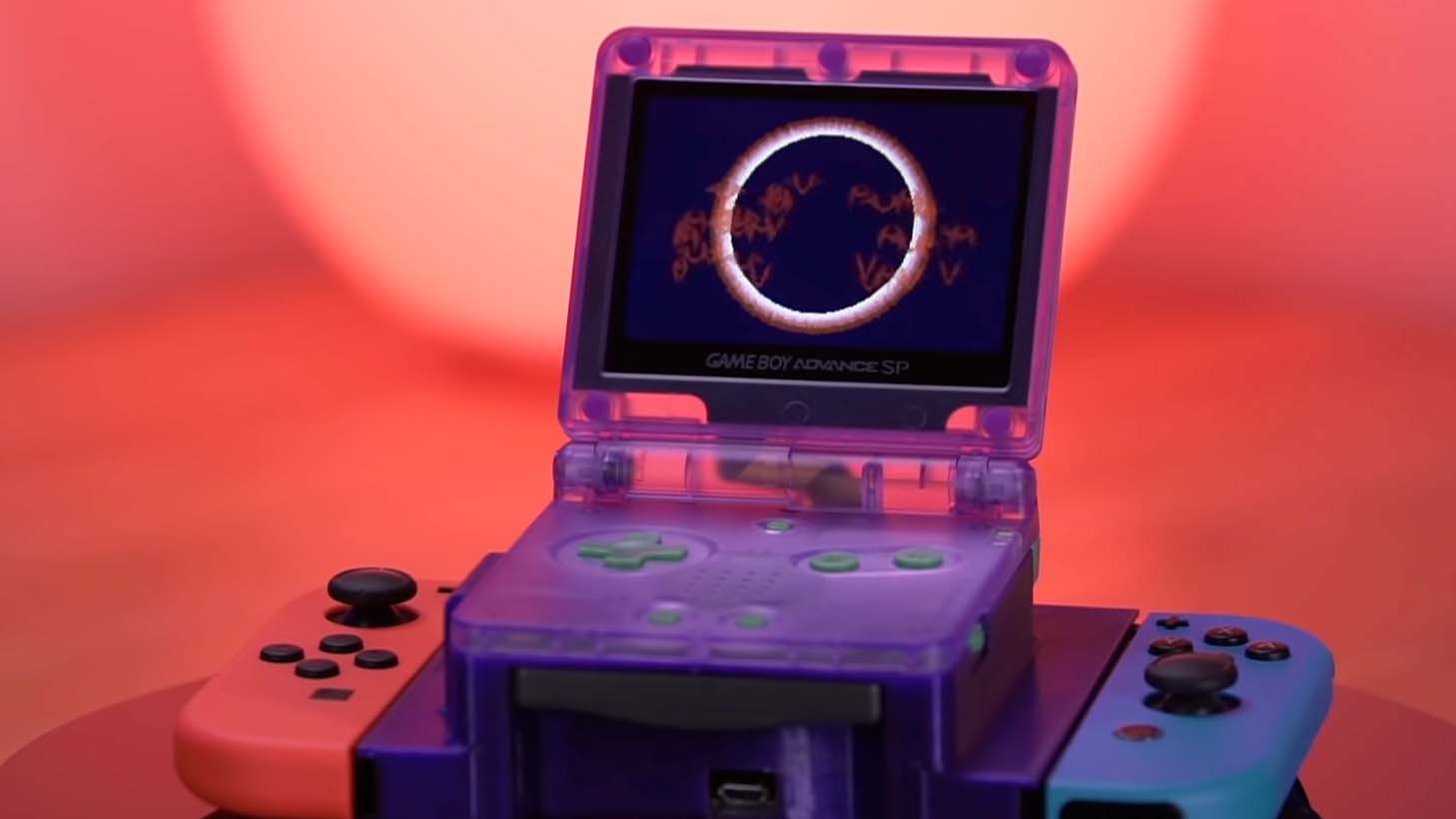 Macho Nacho Productions took it upon themselves to mod a Game Boy Advance SP and add official Joy-Con support. To top it all off, the device can even be docked to play 16-bit games on a TV.

Via the Macho Nacho Productions YouTube channel, creator Tito and collaborator Kyle Brinkerhoff showed the process of creating this ingenious device. First off, the duo used an already made accessible kit to enable a video-out connection to a TV display. Using this mod kit, classic Game Boy Advance titles can be played on a comparatively larger display.

With that out of the way, Tito and Brinkerhoff created a custom 3D printed frame and housing replacement that included the ability to mount the Joy-Con controllers on both sides. Additionally, the housing replacement needed to be large enough to fit the Raspberry Pi Zero comfortably. The duo also had to replace the battery unit and install a 2,000mAh unit.

The finished product resulted in a repurposed Game Boy Advance that functions similarly to the official Nintendo Switch. Of course, the modded device lacks motion controls and additional bells and whistles you typically get from Nintendo Switch titles. However, the idea of playing Game Boy Advance SP games on a TV with Joy-Cons is novel.

Macho Nacho Productions has steadily been building a reputation for these sorts of ideas. Earlier this year, the team promised to produce and sell a kit to mod their own Game Boy Advance SP with a larger battery, wireless charging, Bluetooth support, and a headphone jack. Brinkerhoff has also published all the files needed to upgrade their own GBA SP as well on GitHub.