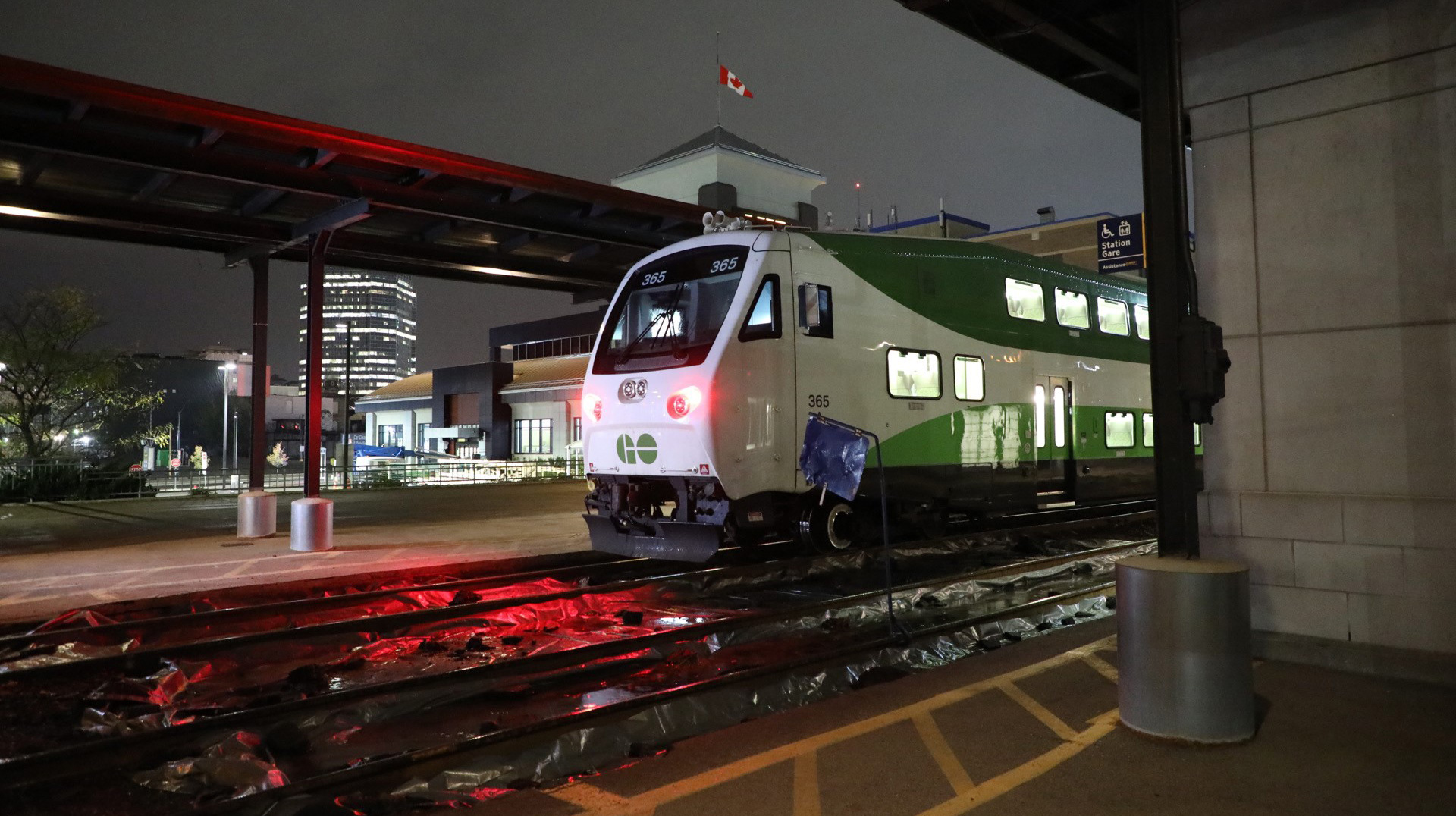 According to Metrolinx, the first few passengers boarded the train at 5:20am ET on October 18th, accompanied by several transportation enthusiasts, Metrolinx personnel and local media.

The train took four hours to get from London’s Go station to Toronto’s Union Station. Compared to the average driving time between the two stations, the train takes about one and a half-hour more to complete the journey.

Hey Christine, I quite enjoyed this morning’s ride. It may not be an ideal solution for everyone going to Toronto – but it’s an affordable transit option, in a region in need of more connections. As we evaluate the results of this pilot project, we hope to improve the experience.

Go train service between Toronto and Southwestern Ontario is currently an experimental pilot program. The service offers one daily weekday trip from London to Toronto and one weekday evening trip from Toronto to London. However, the frequency of trains might increase, depending on the demand.

A one-way ticket from London to Toronto costs $30. It’s worth noting that since the new route is currently in its pilot project phase, riders won’t be able to use their Presto Card, and instead, will have to purchase Go e-tickets.