The bundle is reported to include extended warranty and membership to YouTube Premium, Google One, Play Pass and Google Fi 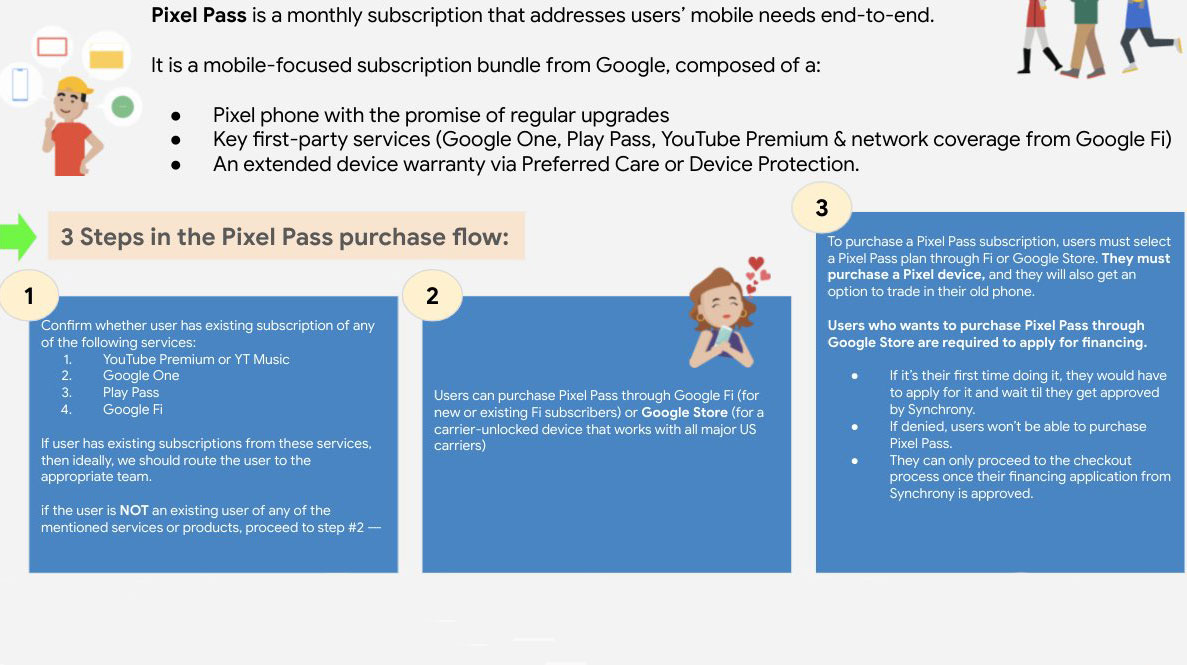 Google is reportedly preparing to launch a new subscription bundle called “Pixel Pass,” which would include a new Pixel 6 device, extended warranty, along with premium memberships to Google services like YouTube Premium, Google One, Play Pass and Google Fi.

First reported by Brandon Lee, who has been on top of Pixel 6 leaks, the bundle appears to be similar to the Apple One bundle, and the document suggests that users will be able to purchase the Pixel Pass through Google Fi, Google Store and with the purchase of a Pixel 6 device.

Pixel Pass: This appears to be a blend of the iPhone upgrade plan where you can get a new phone every year and the Apple One Subscription.

It is currently unknown how much Pixel Pass would cost. The leaked photo suggests that it will be exclusive to the United States; however, other nations where Google One, Play Pass, and YouTube services are accessible might get the bundle at a later date.

As Lee points out, Pixel Pass is similar to Apple’s iPhone Upgrade programme combined with the Apple One subscription. Google may market Pixel Pass to simplify access to all of these services while also providing an extended warranty on your device. Pixel Pass might also offer a discount compared to paying for the services individually, though there’s currently no indication of how much Pixel Pass might cost.

Perhaps we will see Google detail the bundle at its Pixel Fall Launch event on October 19th at 1pm ET/10am PT. If you can’t tune in live on October 19th, make sure to follow along with MobileSyrup. We’ll have the latest news and updates from Google on our homepage, as well as on Twitter, Facebook and Instagram.