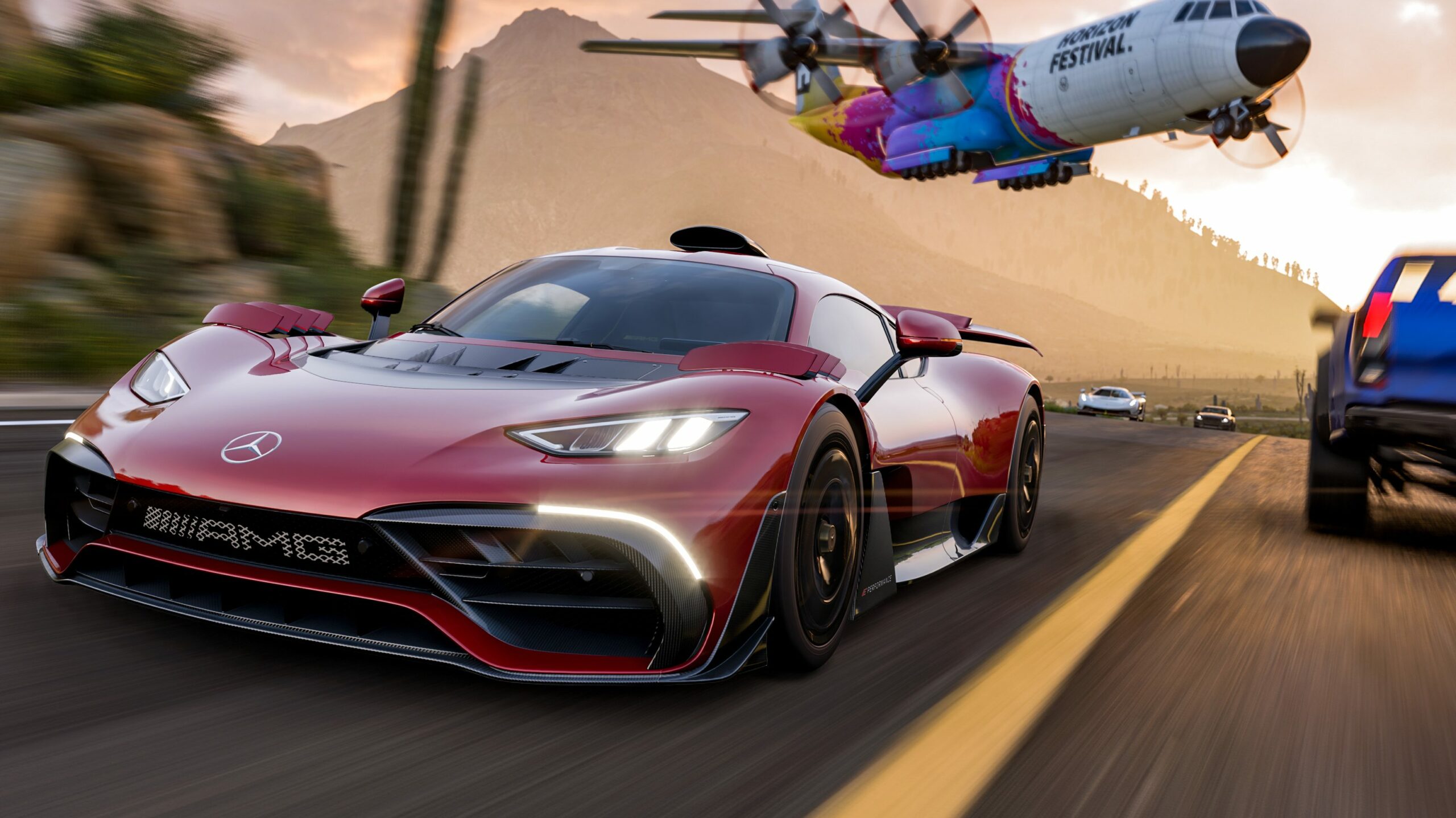 Playground Games’ upcoming Forza Horizon 5 drops players in the middle of a Mexico-set rich, sprawling open-world map. I had the chance to go hands-on with a preview of the game, and in the short time I spent racing down its winding roads and tracks, I’ve become enamoured with what Horizon 5 offers.

I’ve never been a car enthusiast by any stretch of the imagination, but I’ve always adored the Forza Horizon series. It consistently scratches that racing itch but never takes itself too seriously. With each subsequent entry in the series, Playground Games outdoes itself while maintaining the balance between authenticity and more arcade-style racing. 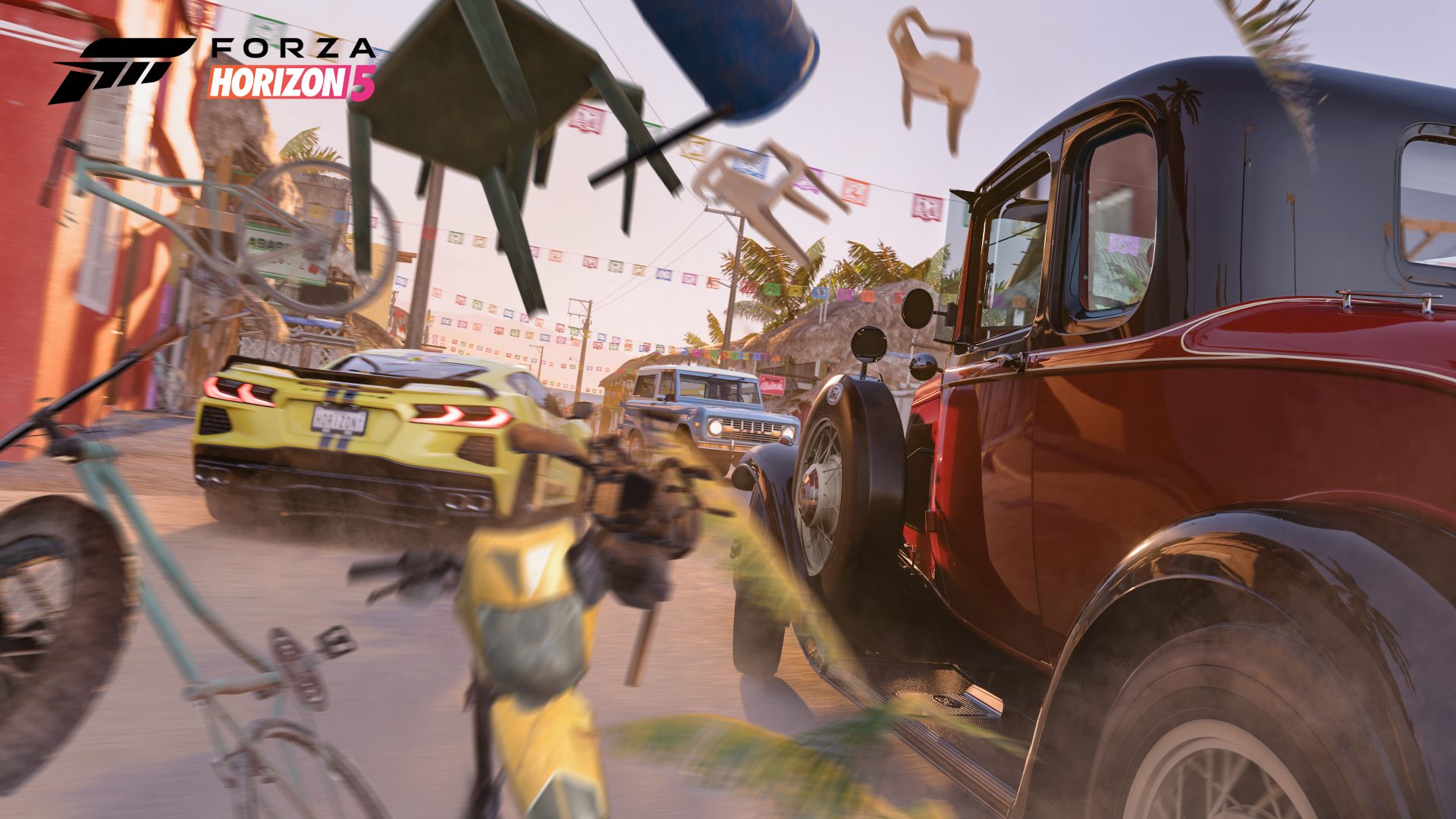 Forza Horizon 5 offers a full-fledged campaign packed with the horsepower you’d expect from the series. For example, I could fully customize my driver, including selecting a nickname and changing how my avatar looks, complete with several inclusive options.

“It was an objective we gave ourselves right from the start of game,” says Brown. “We want it [Forza Horizon 5] to be the most inclusive Horizon game yet.” Brown cites specific additions to Forza Horizon 5‘s character creator, including several pronouns and prosthetic options for your driver. “This is just really important to gamers. It’s important people feel they are better represented when they see those options. When everyone is included, everybody wins,” said Brown.

At its core, Forza Horizon 5 plays as you’d expect if you’re familiar with the series. As an up-and-comer in the racing scene, you’ll need to complete competitive circuits and activities to gain ‘Accolades’ to rise through the ranks in the Horizon season. During the preview, I tried out a small portion of events in an early section of the game, including Showcase tasks and the Initial Drive.

Earning Accolades plays directly into how you progress through Forza Horizon 5‘s campaign. Each milestone requires you to achieve a certain amount of Accolades, ranging from completing races to other supplemental activities. They’re also tied to Forza Horizon 5’s exploration.

“There’s a lot of Accolades, which encourage you to get from a particular point to another point on the map within an amount of time,” says Brown. “You’ll see really interesting parts of the map because we’ve picked those out intentionally. It’s like, ‘get from this waterfall to the airstrip in two minutes.’ There are probably a few routes that you can take, but the route you’re likely to pick is going to take you on an awesome drive straight through the jungle.” 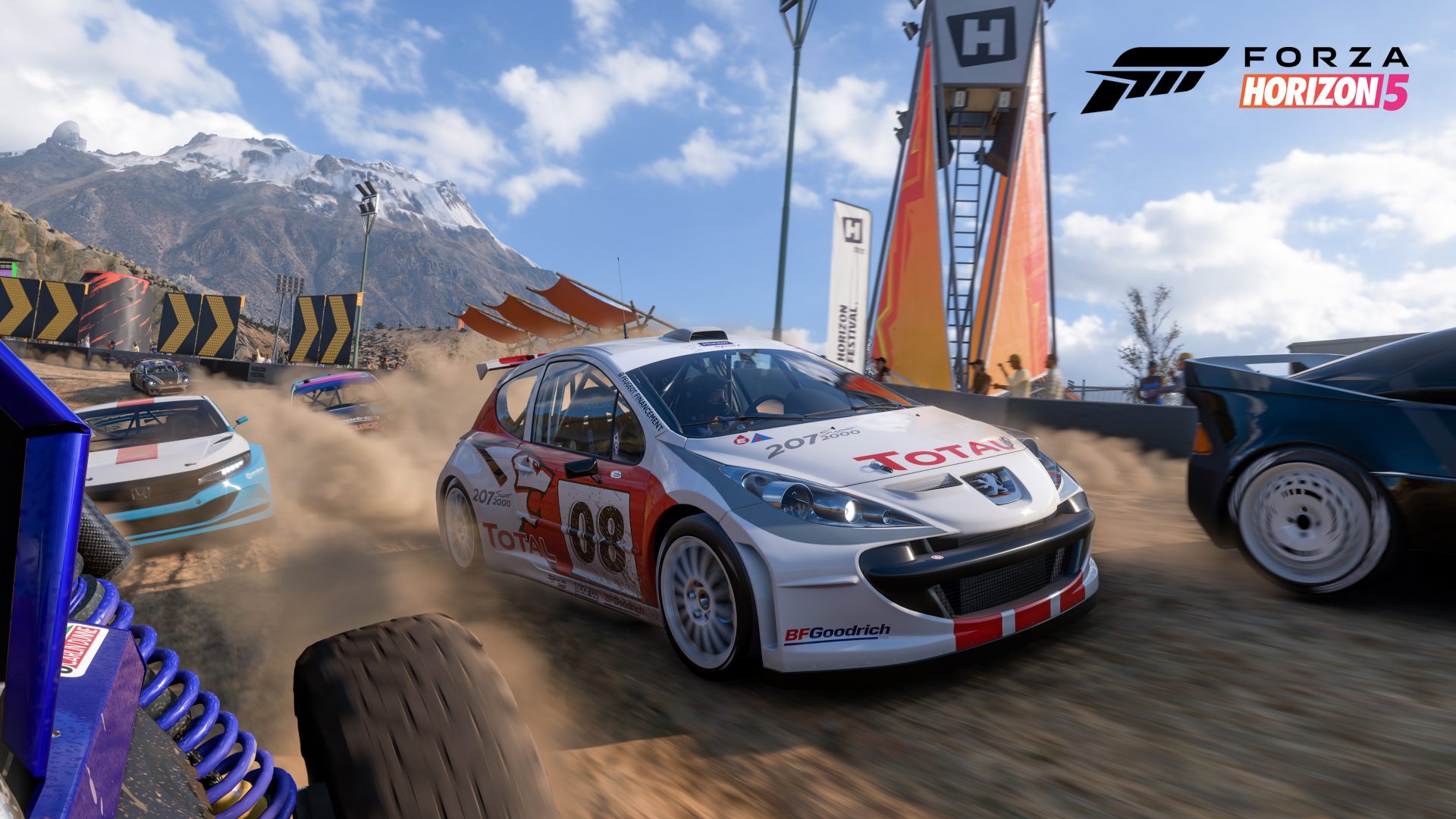 From a gameplay perspective, Horizon 5 maintains the series’ tight controls, and not much seems to have changed. That said, similar to past entries in the series, it’s the game’s visuals that stand out.

Playground Games’ Forza Horizon 5 looks stunning running on Microsoft’s Xbox Series X. The amount of detail the game renders in its diverse, open-world is something I’m eager to explore more when the full version launches in a few weeks.

“One of the great things about the Series X and S is the power it gives us to play with light,” says Brown. This is especially apparent as reflections and light from the sun bounce off the game’s several vehicles. While I spent most of my time with Horizon 5 driving the 2021 Ford Bronco Badlands and 2020 GR Supra, there’s an overwhelming level of detail present in the title’s cars. All aspects of the game’s visuals, including the environments, vehicles, lighting and particles, come together to offer a stunning showcase of graphical fidelity.

Forza Horizon 5’s Mexico map features various biomes to explore, including vast deserts, lush forests and even snowy mountains. Brown says Playground Games aims to deliver an authentic representation of Mexico and its diverse environments, including dynamic weather conditions. This means that the game features sandstorms, tropical storms and even snowstorms. For example, during my time with the preview build, I drove head-on into a sandstorm.

“You can be on top of a volcano with snow on your car and go down the side. Before you know it, you’re in the desert where it’s probably like 36 degrees or something. It will start to melt away and become all dusty at that point,” says Brown. 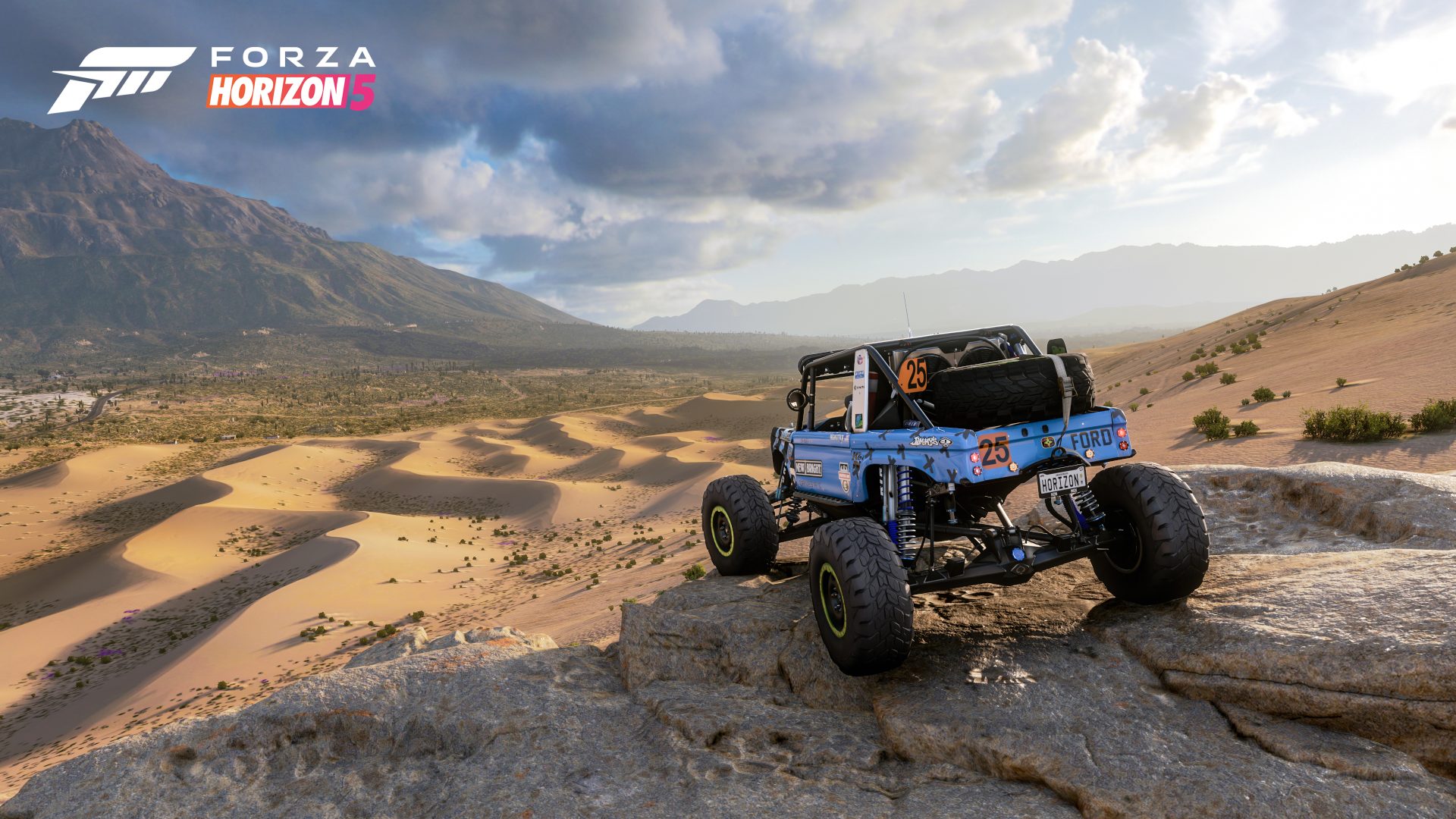 In Forza Horizon 5, the experience is seamless as you drive across the map from one point of interest to the next. At times, I simply drove to see where the road took me.

“The process is one of trying to keep people engaged, but also to distract them. So you want to have it all built out in such a way that they’re never too far away from a landmark or a point of interest.” Also sprinkled throughout the map are ‘Speed Traps,’ ‘Danger Signs’ and ‘PR Stunts.’ 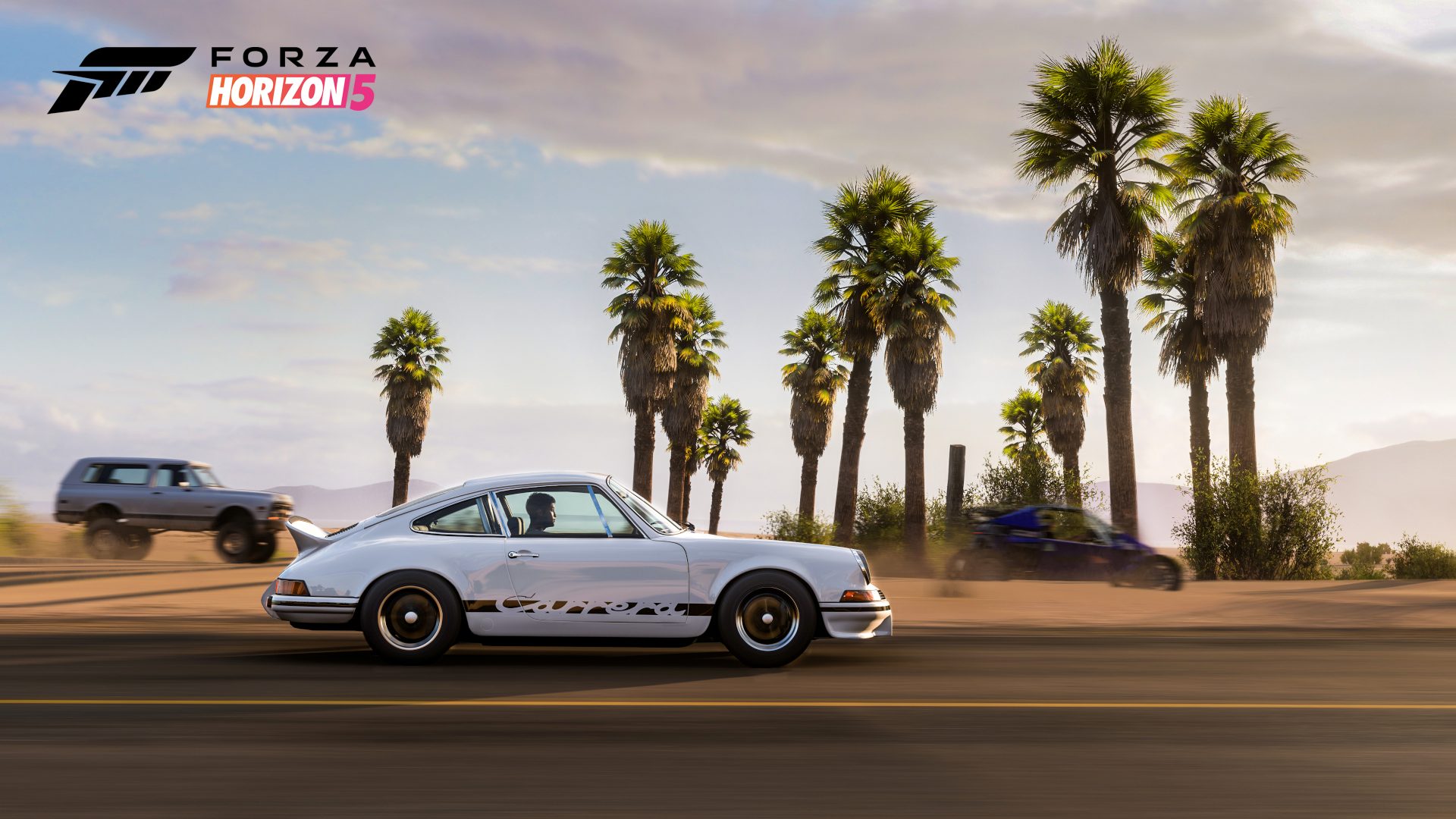 Playground Games says Forza Horizon 5 will feature a total of over 500 vehicles. As a huge Halo fan, I was elated to discover that the series’ iconic Warthog will once again be drivable in the game.

Forza Horizon 5 is an ambitious racing game, and that’s abundantly clear from my short time spent with the title. The game’s Mexico map is the series’ most expansive and detailed yet, and its car list rounds things out to offer what seems set to be an impressive experience that takes full advantage of the Series X’s more powerful hardware.