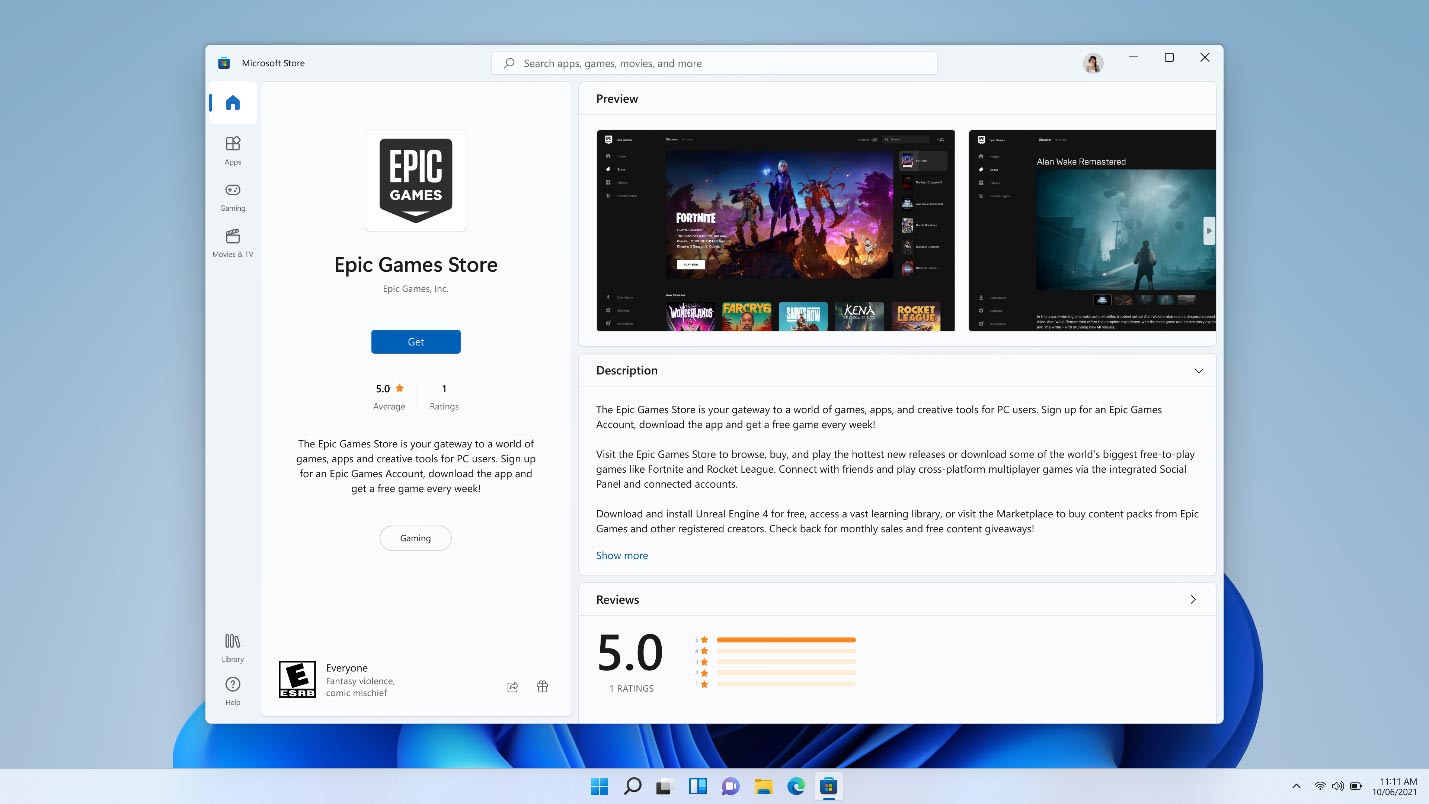 Microsoft has revealed it will soon allow third-party app stores to integrate into the Microsoft Store.

The first two digital storefronts to join the Microsoft Store are the Amazon and Epic Game Stores, according to Microsoft.

“Today, we are sharing that Amazon and Epic Games will bring their storefront apps to the Microsoft Store over the next few months, and we look forward to welcoming other stores as well in the future,” writes Giorgio Sardo, the Microsoft Store’s general manager, in a recent Windows blog post.

Further, the blog post indicates that users will be able to search quickly for their intended store through Microsoft’s search icon or by browsing.

Microsoft says its store is also opening up to other browsers like Opera and Yandex, which are rivals to Microsoft’s own Edge browser. That said, Chrome and Firefox are still not in the Microsoft Store, and Steam and GOG aren’t part of this announcement either.

Microsoft says that this update is all part of a broader suite of changes coming alongside Windows 11, including Android apps coming to the operating system.

Source: Windows Blog Via: The Verge