Concerts, reality TV, horror, LGBTQ+, sports -- you name it, and there's probably a streaming service for it 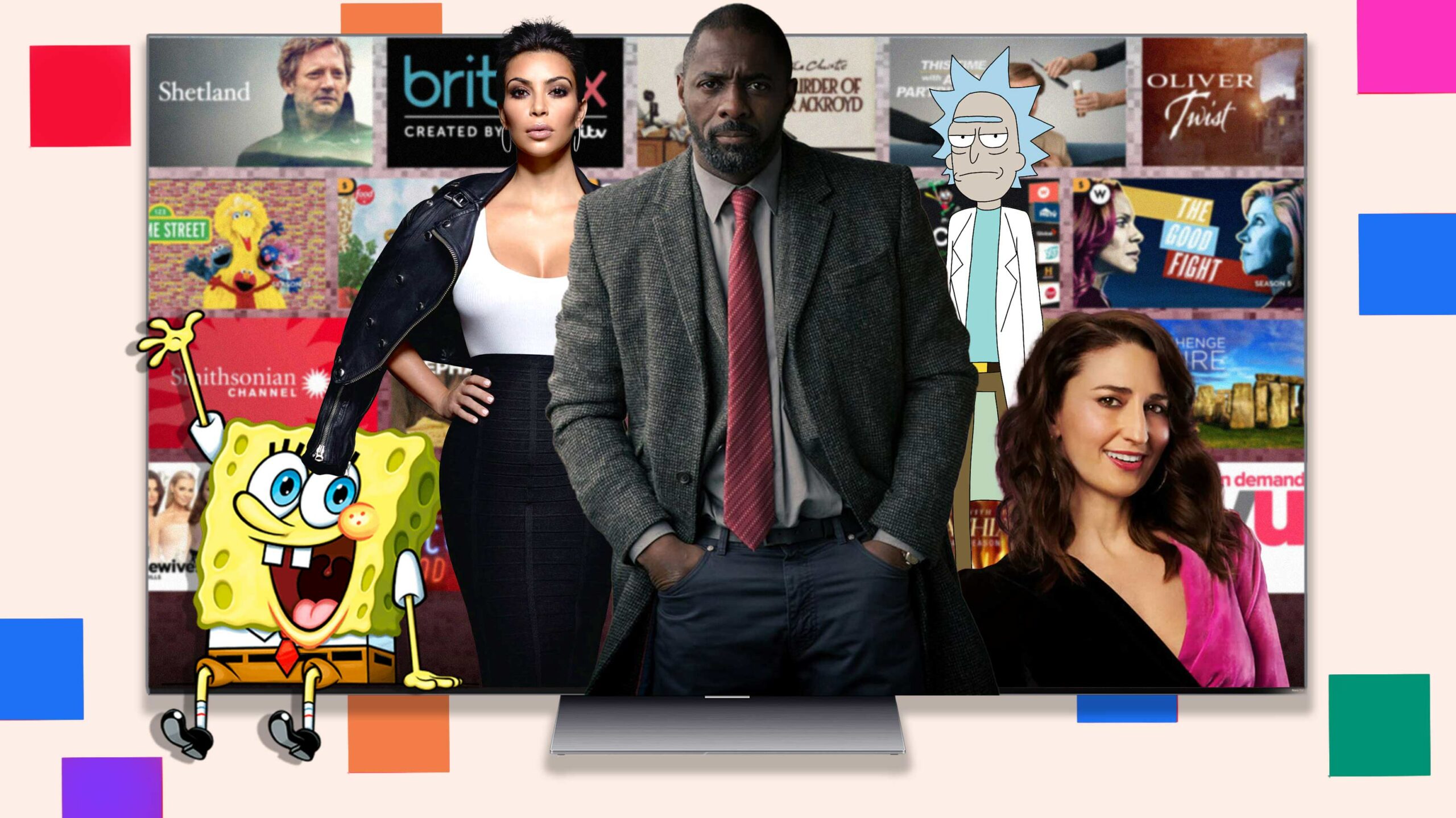 It’s no secret that there are a lot of streaming services on the market.

The major global ones are Amazon Prime Video, Apple TV+, Disney+ and Netflix, but then it gets more complicated when you consider what’s available in each country.

For example, Hulu and HBO Max are only in the U.S., so their content is instead regularly divvied up between Prime Video, Bell’s Crave service and Disney+ Star in Canada. (Weirder still are the licensing arrangements, like with the Oscar-winning Nomadland — which Disney touted earlier this year as a big Hulu/Disney+ Star original — that’s coming to Crave months later.)

All of that is to say that the streaming landscape is vast and fairly confusing even when looking at the big players. Naturally, though, it’s even more complicated when you consider the smaller services.

That’s what this feature is all about. After being inspired by Canadian journalist Julia Alexander’s great breakdown of U.S. streaming services for The Verge, we’ve decided to look at the rather niche platforms that populate Canada’s digital market. If you can think of a genre of film or TV, chances are there’s a service that covers that kind of content.

With all of that in mind, keep on scrolling for a roundup of a bunch of the lower profile streaming services — some you probably know, but many you likely don’t — that are available in Canada.

Acorn TV focuses on content from Britain and beyond, such as The Brokenwood Mysteries, Deadwater Fell and Jack Irish. Because parent company RLJ Entertainment has a majority stake in the Agatha Christie brand, there are also many adaptations of the famous author’s work on the service.

This streaming bundle offers content from AMC proper, as well as related brands like BBC America, IFC, Shudder and Sundance Now. In addition to early access to AMC titles like The Walking Dead, AMC+ also offers new series like Kevin Can F*** Himself (starring Ottawa’s own Annie Murphy) and popular older shows like Mad Men and Orphan Black (starring Regina’s own Tatiana Maslany).

Co-owned by the BBC, here’s another British programming-centric service. The service has prominent legacy content like Coronation Street and Doctor Who, as well as originals like A Confession, The Pembrokeshire Murders and Line of Duty.

📌 a great big thread of all things CBC Gem 📌

The CBC has its own streaming platform which has all kinds of programs from its network, including Kim’s Convenience, Murdock Mysteries and Schitt’s Creek, as well as news, documentaries, sports coverage and more.

On top of having a slew of anime series (such as One Piece, Jojo’s Bizarre Adventure and Attack on Titan), Crunchyroll also has manga, games and more.

It’s also worth noting that Sony recently acquired the service from AT&T. With Crunchyroll and its Funimation anime service (see below), Sony plans to “create a unified anime subscription experience as soon as possible.”

Much of CTV’s new and old programming can be viewed on its website, be it Love Island, The Good Doctor or Transplant. Licensed films like Men in Black, Spider-Man 2 and Ali are also available.

From rock & roll and art forgery to Chinese food, the ivory trade, and life on Mars, this month is full of award-winning feature films and original series on Curiosity Stream 👌 https://t.co/AniAOoiR9O pic.twitter.com/wreBqedzzj

Rather appropriately, the service launched by The Discovery Channel founder John S. Hendricks is all about documentaries.

Altogether, Curiosity Stream has thousands of educational films, such as Alexander the Great, The True Story of King Tut’s Tomb, Armstrong, Stephen Hawking’s Universe and David Attenborough’s Light on Earth.

Sports fans will be interested in this one, thanks to its access to programming from the MLB, NFL, Premier League and more.

Like Crunchyroll, Funimation has thousands of hours of anime content ranging from My Hero Academia, Naruto and Dragon Ball Z.

However, as mentioned above, Sony is planning to merge Crunchyroll and Funimation at some point, so it remains to be seen exactly what will come out of that.

A long-time animal sanctuary worker reflects on nature, humanity, wolves, and the meaning of his life among them.

As the name suggests, The Green Channel is all about environmental content. Access a variety of programs from independent creators from the likes of insects, wolves and humpback whales to plastic pollution, underwater caves and island paradises.

Are you into shows like Keeping Up with Kardashians, one of the many The Real Housewives series or Jersey Shore? Then NBC Universal’s reality TV-focused platform Hayu is just for you.

Keep in mind, however, that the Apple TV app has been quite spotty in the past.

Families will surely be interested in this one. As the official Nickelodeon streaming service, Nick+ is home to a variety of kid-friendly programming, including SpongeBob Squarepants, the original iCarly and The Legend of Korra.

Cost: $5.99/month
Free trial: Yes (30 days)
Platforms: offered as a channel on Amazon Prime Video or Apple TV; once subscribed, you can stream on any platform that those services are available on, including iOS, Android, Apple TV and the web

The service formerly known as CBS All Access has a variety of content from Viacom’s various brands, including Paramount and CBS. Paramount+ has such series as NCIS, CSI and The Twilight Zone and Mission: Impossible, The Godfather and several John Hughes movies (like Ferris Bueller’s Day Off).

It’s important to note, however, that Paramount+ Canada is far from identical to its U.S. counterpart. That version of the service offers all kinds of content that are either exclusive or made available a while before Canada. Instead, Canadians only have access to a selection of Paramount+ originals, including the iCarly reboot, The Good Fight and Infinite (although it came to Canada two months after the U.S.).

Here’s your all-in-one streaming service for older movies, shows and podcasts from such companies as Warner Bros., MGM and Lionsgate, as well as live TV from Crackle, AMC, Fail Army and more.

Summer isn't over until we say so. 🔥 New favorites, old favorites and everything in between is coming to Shudder Canada this August. pic.twitter.com/xRBNjtP6cY

Shudder is tailor-made for horror and thriller aficionados. The service has original and exclusive programming like Train to Busan Presents: Peninsula, Mandy (starring Nicolas Cage) and the COVID thriller Host and classics like John Carpenter’s Halloween and The Texas Chainsaw Massacre.

This Fox-owned service has thousands of films and TV shows spanning all kinds of genres, including such award winners as Whiplash and Boyhood; series like 3rd Rock From the Sun and the Midsomer Murders and superhero movies like Batman Forever and Blade II. Tubi is also slowly branching out into original content like Swim.

Qello is a rather unique streaming service that gives you access to on-demand full-length concerts.

If the Smithsonian Institution’s museums, research facilities and magazines interest you, then, so too, should the eponymous channel.

Standout content includes How Did They Build That?, Battle of Okinawa in Color, The Battle of Normandy: 85 Days in Hell and Cher’s The Loneliest Elephant.

Basically, this has got a big mash-up of Global TV, Food Network, HGTV Canada, Adult Swim, Teletoon and YTV, among other channels. That means it’s your one-stop shop for the likes of Rick & Morty, Big Brother, Vikings and The Good Witch.

The system can be manipulated​
And justice can be delayed but​ justice cannot be denied! ​#200HallaHo, premieres August 20, only on #ZEE5.

Get access to over 130,000 hours of South Asian content in 18 languages, including English, Hindi, English, Bengali, Tamil, Punjabi, Urdu and Arabic.

Cost: free with ads (a selection of titles) or the full catalogue and no ads with Premium ($9.99/month or $99.99/year)
Free trial: No
Platforms: Android, Android TV, Apple TV, Chromecast, Fire TV, iOS, Roku, Samsung smart TVs and the web

And there you have it! There are so many streaming services that there are, undoubtedly, some that are missing here. In fact, the multitude of channels that are available on Apple TV and Prime Video alone could have made up their own list.

But even still, this is a fairly well-rounded list that has something for everyone.

It’s also worth noting that the website JustWatch is a really useful tool to figure out where a given movie or show is streaming in Canada. Therefore, you might find even more random services through that.

For now, though, which of these services are you signed up to? Are you even interested in any of them? Let us know in the comments.