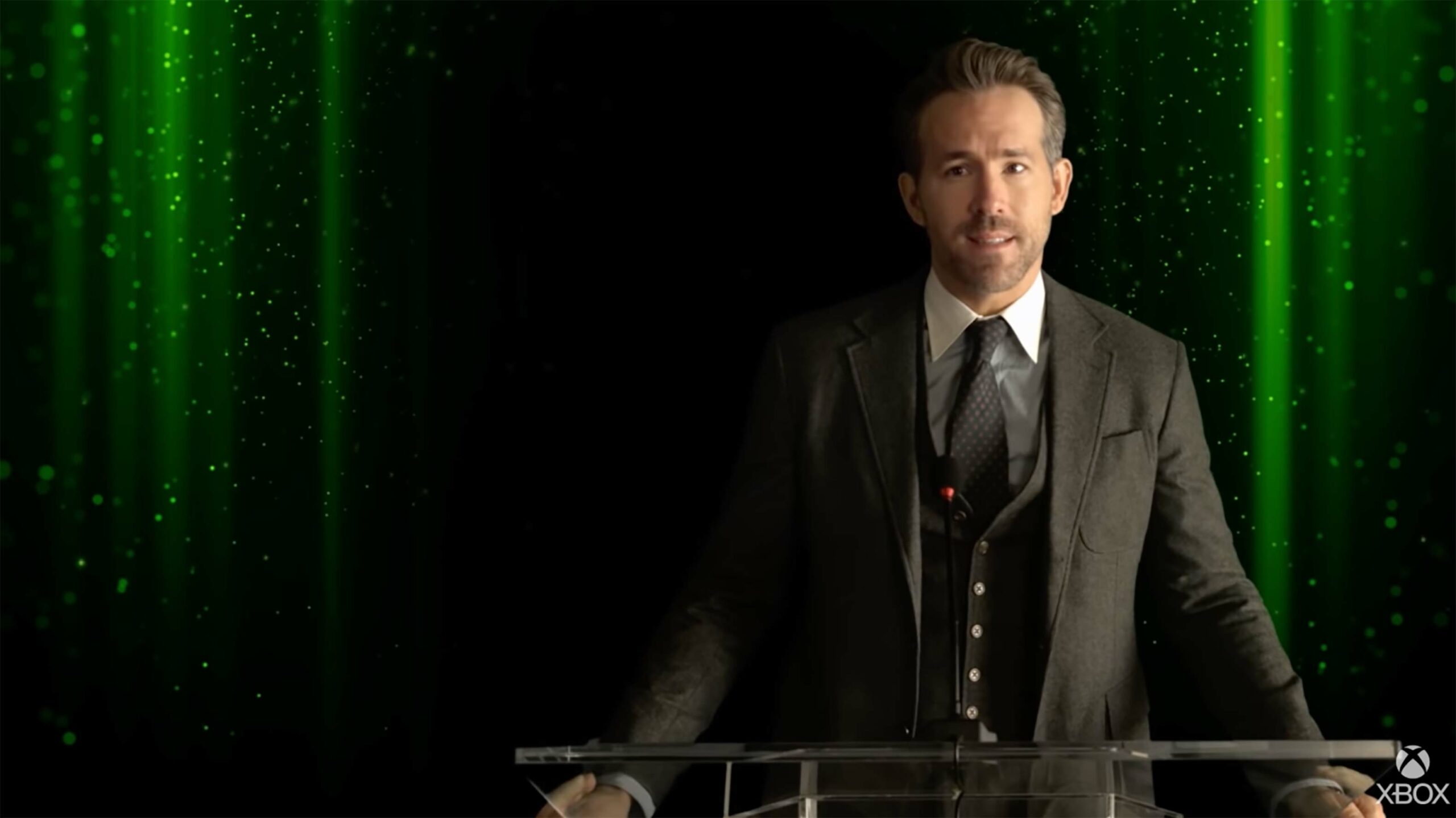 Following its staggering multi-billion dollar acquisition of Bethesda parent company ZeniMax, it’s become something of a running joke that Xbox is slowly snatching up the whole gaming industry.

Now, this purchasing spree has extended to none other than Vancouver’s own Ryan Reynolds — sort of.

In a video posted to Xbox’s official social media channels, the Deadpool star can be seen hosting Game Pass’ totally-not-fake “Non-Player Character Awards.” The “ceremony” is meant to honour the best NPCs in gaming — or rather, from titles on Game Pass. This includes The Outer Worlds‘ Parvati, Doom‘s Samuel Hayden and Sea of Thieves‘ Chief Trader Mollie and none other than Guy, Reynolds’ character from the upcoming Fox movie Free Guy.

Indeed, the whole bit is just an ad for an Xbox subscription service and Disney-owned film, but in Reynolds’ typical tongue-in-cheek fashion, it’s at least upfront about that in a pretty funny way.

The partnership also makes a fair bit of sense, as Free Guy follows an NPC (Reynolds) as he fights to save his video game world from the publisher looking to shut it down.

Promotion for Free Guy has ramped up significantly over the past few weeks as the film — which had been delayed three times out of July 2020 due to COVID-19 — is finally set to hit theatres on August 13th. Free Guy is directed by Montreal’s own Shawn Levy (Stranger Things) and co-stars Jodie Comer (Killing Eve), Lil Rel Howery (Get Out) and Taika Waititi (Thor: Ragnarok).

In other Free Guy news, Reynolds recently partnered with Waititi on another ad for the comedy film which saw him reprise the role of Deadpool.