Ookla, the company behind the popular Speetest app for measuring internet performance, detailed which capital cities offer the best (and worst) 5G performance around the world. Ottawa ranks right in the middle.

The results account for places with commercially available 5G during Q1 and Q2 of 2022. Further, Ookla used its Speedtest Intelligence — data gathered from tests completed by people with the Speedtest app — to measure and compare the median download speeds on 5G in different places. 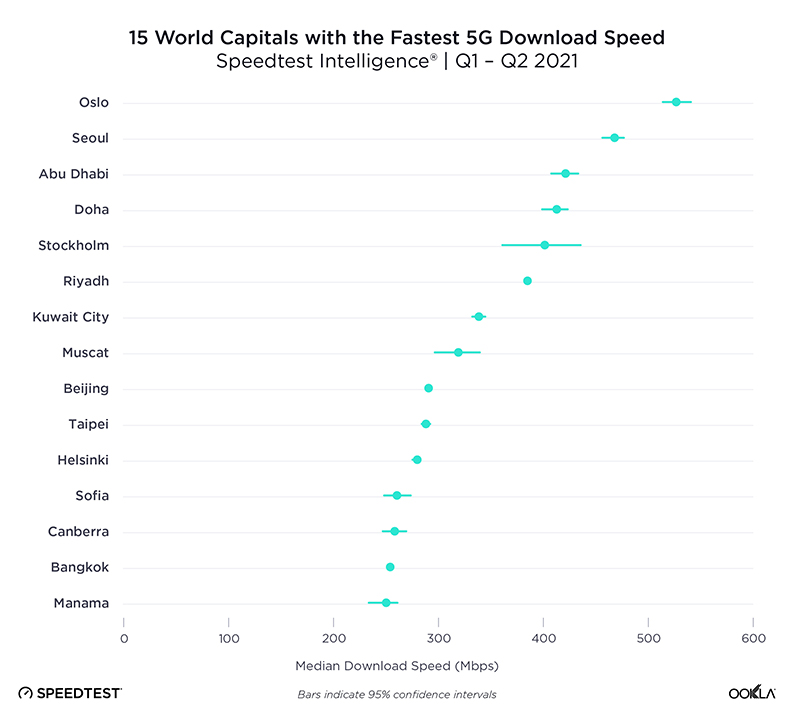 Oslo, Norway, ranked number one with a median download speed of 526.74Mbps. It was followed by Seoul, South Korea at 467.84Mbps and Abu Dhabi, United Arab Emirates at 421.26Mbps in spots two and three. Beijing, China and Taipei, Taiwan rounded out the top ten with 291.19 and 287.86Mbps down respectively. 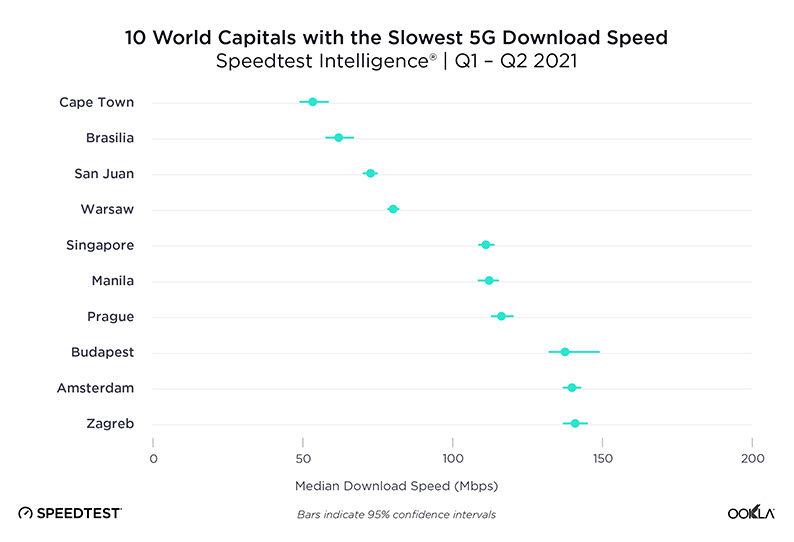 Capetown, South Africa landed at the bottom of the rankings with a median 5G download speed of 53.33Mbps. Brasília, Brazil was also among the lowest with 62.18Mbps speeds, followed by San Juan, Puerto Rico at 72.59Mbps.

Those interested can view the rankings for all capitals here.