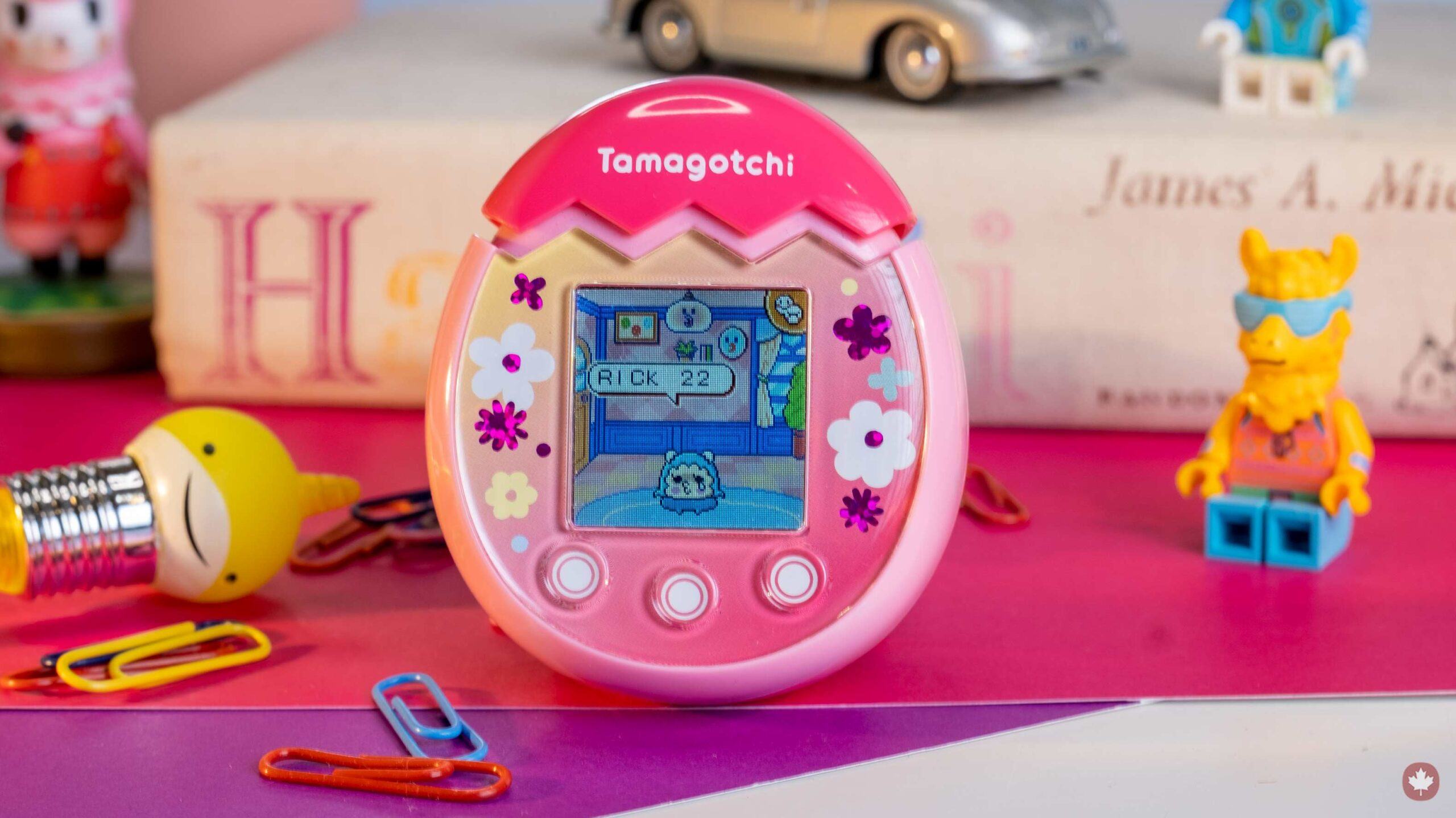 The latest and greatest in Tamagotchi innovation is here. It includes new touch-sensitive buttons, a few gameplay additions and a built-in camera that’s reminiscent of the potato-quality sensor on my first flip phone.

There are cool aspects and exciting innovations in this virtual pet and I think there’s a possibility younger children will be really into it, but it’s a hard sell at roughly $75 CAD; especially since a basic Tamagotchi costs around $30 and offers a fairly similar gameplay experience. 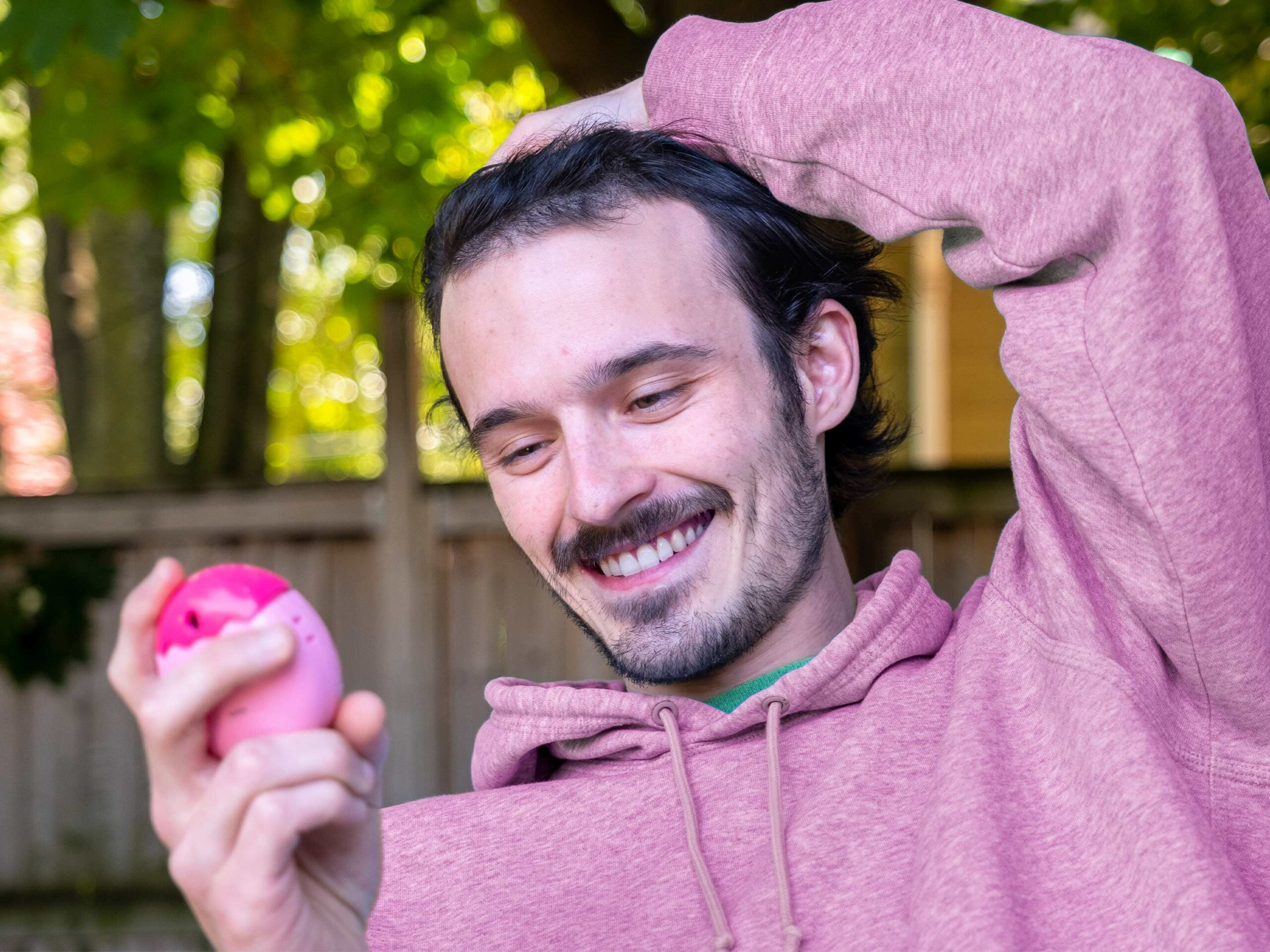 I’ll start with some positives about the Pix before getting too negative on the overpriced toy.

To start, the Pix, like the Tamagotchi ON, features a 64-bit colour screen that really brings the Tamagotchi world and characters to life in a way not seen since the Tamagotchi Show from 2009. The art style is cute and fits the style of the toy perfectly. It’s worth mentioning that most people I showed it to were blown away by the graphics more than anything else. 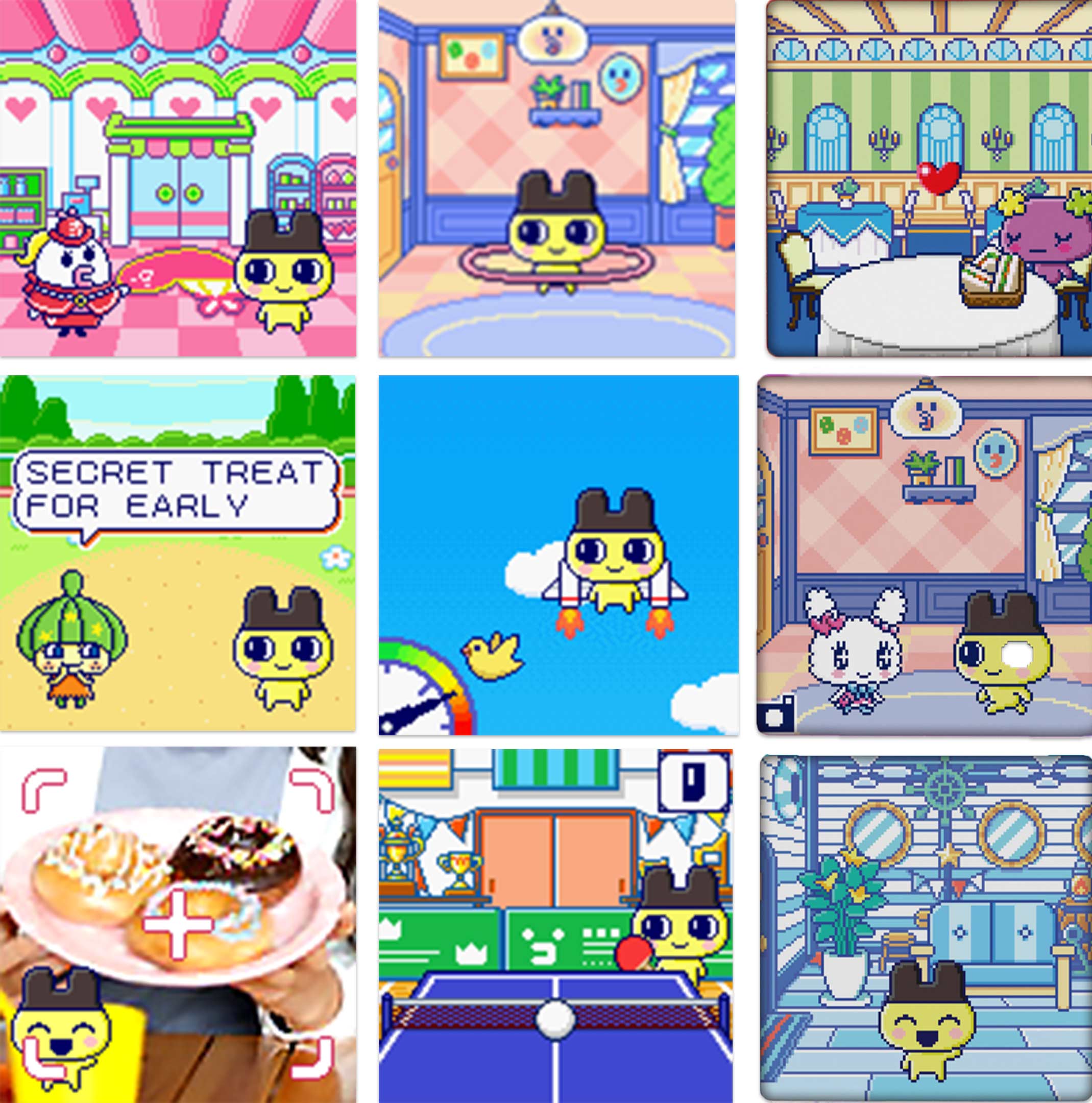 Beyond that, Bandai has added several new gameplay systems that influence what job your virtual pet ends up with and how its child Tamagotchi will look. This means that raising your pet and decorating your house will help decide its future profession and what your next egg looks like.

Since the Tamagotchi Pix features a 64-bit screen, there are a lot more details included in the virtual pets, which is a fun addition. I murdered somewhere around five or six of them and never had the same character twice. 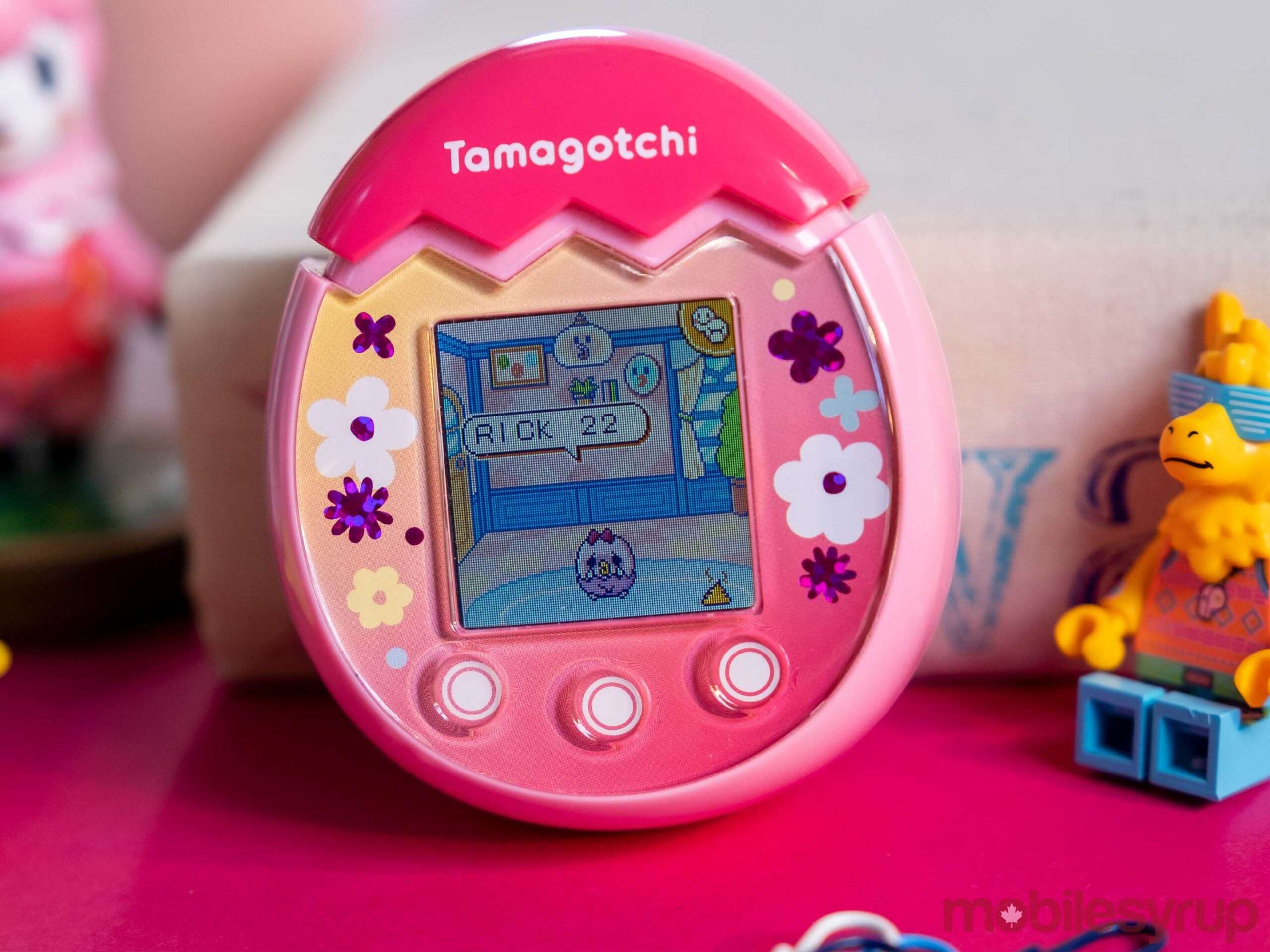 To kick off using the Pix, one of the first things you need to do is take a picture of yourself for the Tamagotchi ‘Attribute Quiz.’ This sounds fun, but right from the get-go, I noticed how terrible the camera really is. For a toy this chunky and expensive, I was expecting something a little bit better.

After that, you need to input a name for your virtual pet using the new touch-sensitive buttons. These are horrible and the buttons included in the Tamagotchi Pix Bandai sent me aren’t even perfectly centred. Further, every third or fourth time I tried to interact with a button, it would misread my touch. They’re spaced far enough apart and my fingers aren’t huge, but somehow they failed to work reliably. This becomes especially annoying when you’re trying to pick up your Tamagotchi’s poop for the 100,000th time.

On the plus side, the new touch buttons create more control schemes, allowing you to swipe across all three buttons at once to explore your Tama-house or to play games. That said, depending on what screen you’re on, they act differently, which took me quite some time to get used to.

Once you get into actually living your Tama-life, it plays out pretty much the same as every other Tamagotchi toy, albeit with better graphics. You start by feeding your creature and cleaning up Tama-poops. Then, as it ages, you’ll be able to play more mini-games and activities. 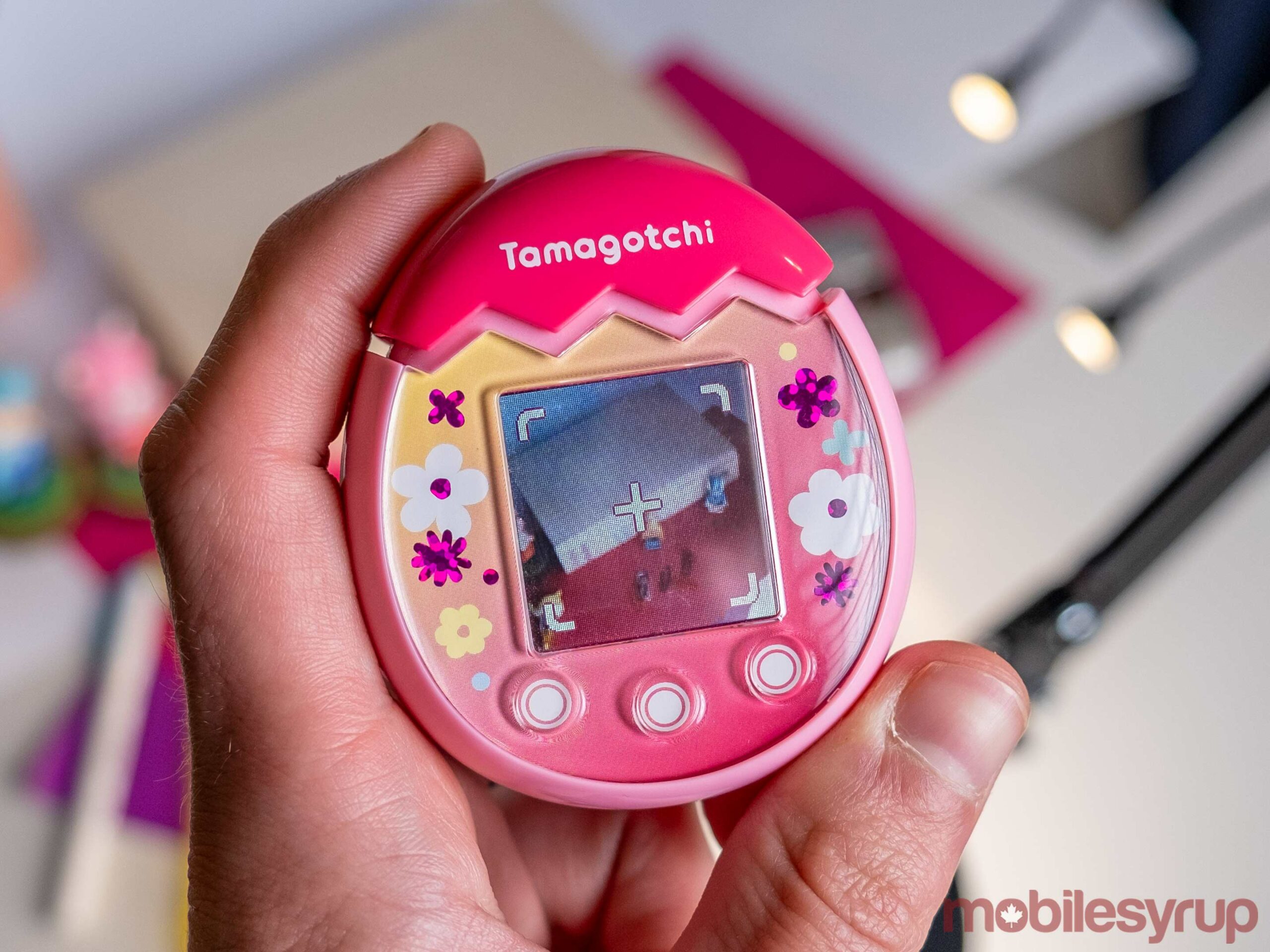 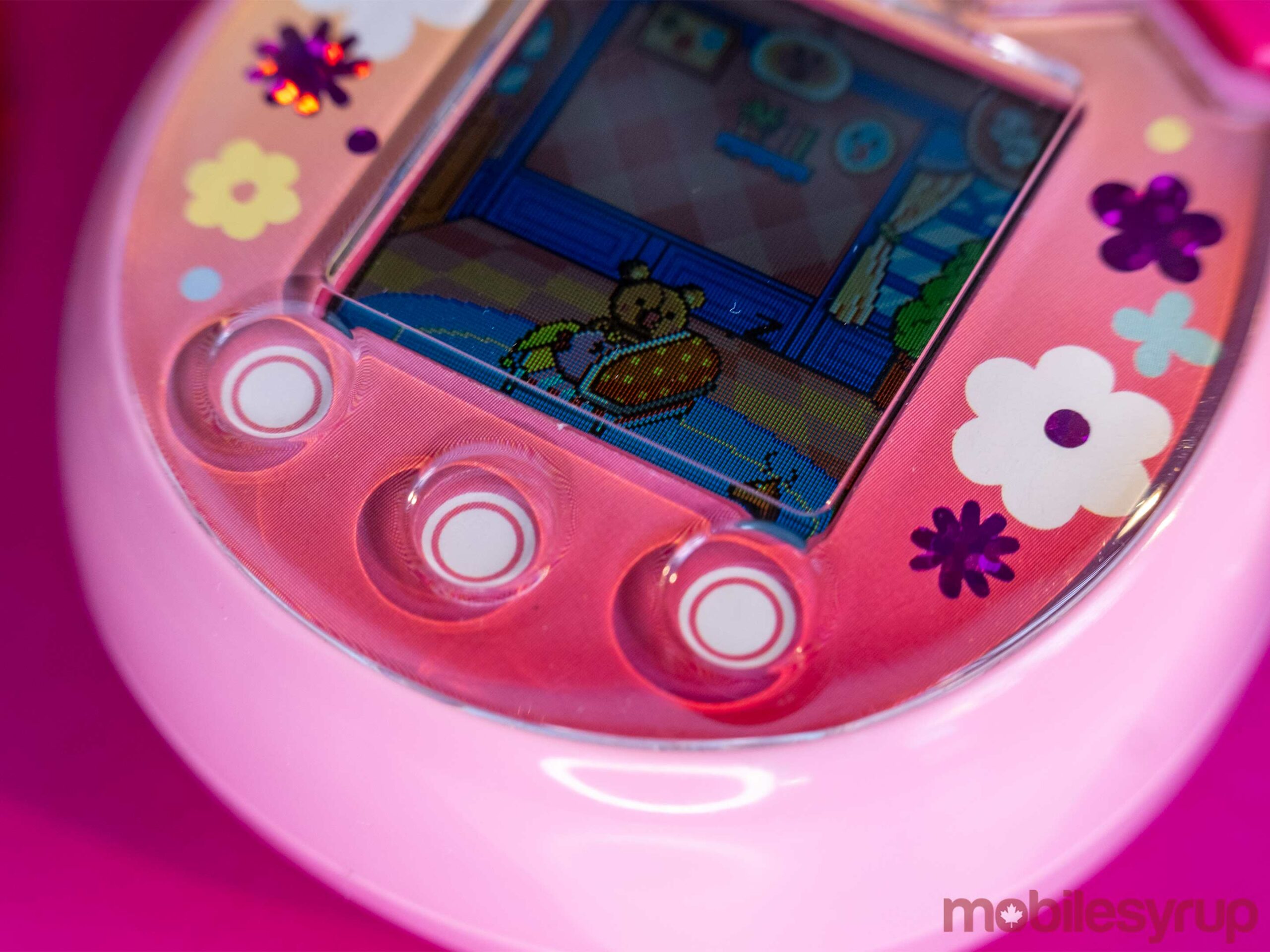 I remember sinking hours into these simple games as a child, but as an adult, they’re mind-numbing. The only challenging part is making sure the buttons actually respond to the way you press them.

The camera is used for more than just the attribution quiz at the beginning of the game too. When you’re cooking, you can use it to take pictures of two items in the real world and the game pulls five colours from that picture to mix into your food. The food you create varies based on the colour combo you input. You can also use the camera to apply colours to items that you place in your house for a little more customization.

One of the more interesting features allows you to ‘Explore’ the real world around you with your Tamagotchi to discover other Tamagotchi characters that can be stored in your collection log. This is kind of cool, but it gets old fast after you find a couple of them since all you need to do is move your camera around.

Finally, the camera can be used to take pictures, but don’t expect to get great results. You also can’t offload these from your device, so there’s no real way to share them with other people. Plus, taking a picture of the screen and brightening it up to be visible takes a little extra Photoshop magic. 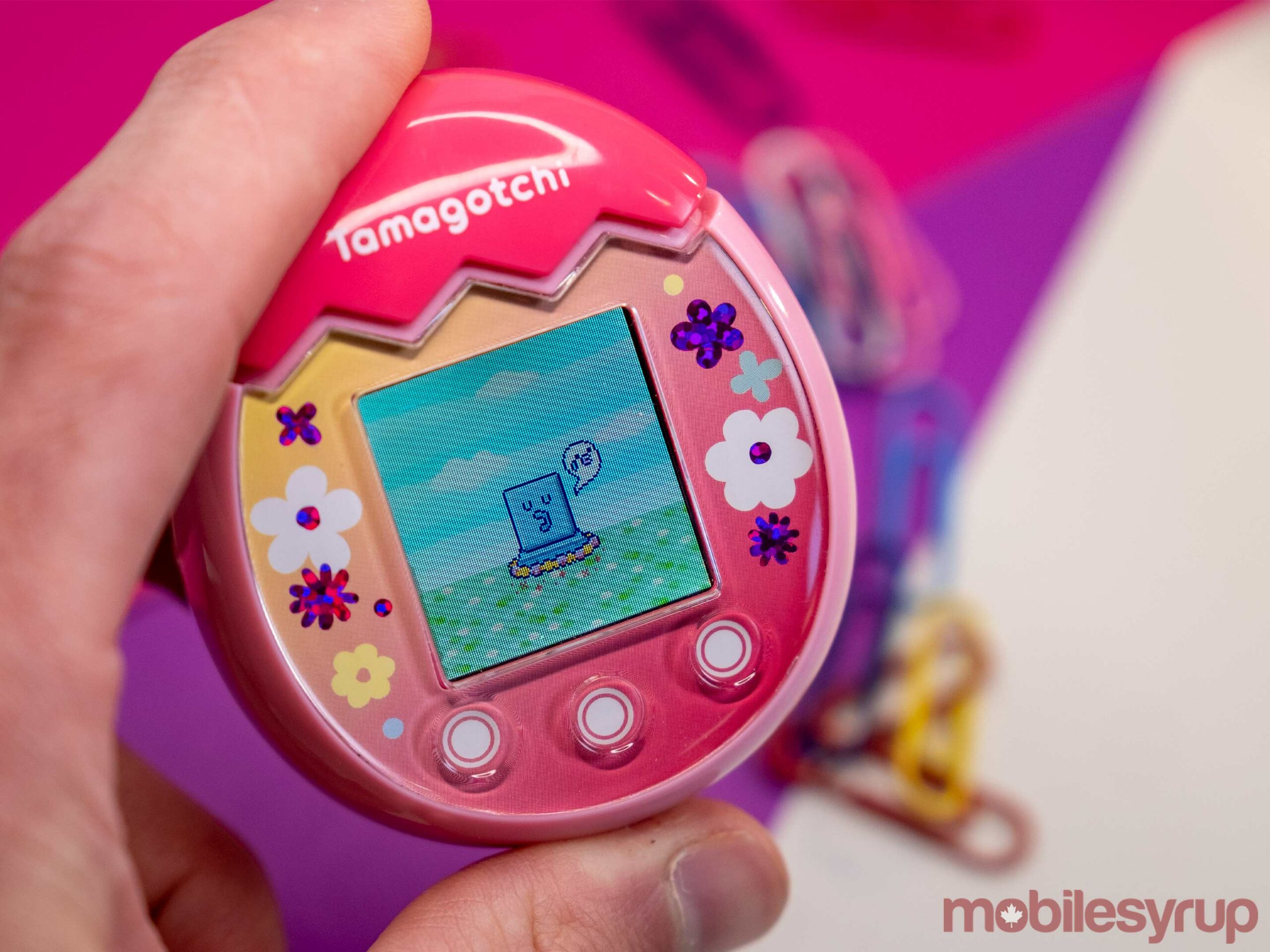 Overall, the Pix offers a pretty standard Tamagotchi experience despite its new features. I’m sure die-hard fans and children will enjoy using it, but the camera doesn’t really add that much to the experience. With that in mind, I’d expect most kids would enjoy a regular Tamagotchi just as much.

If I morphed the Pix into the perfect Tamagotchi, I’d probably take the colourful screen and slap it onto an older/slimmer model with physical buttons. I think the simplicity of a Tamagotchi is one of its most significant strengths, and adding these weird swipe buttons takes away from that.

Overall, the Tamagotchi Pix is a costly virtual pet that doesn’t feel like it’s justified its $60 USD (roughly $75 CAD) price tag with the underwhelming features meant to shake up the Tamagotchi status-quo.