Canada didn’t get Prime Day, but here are some good deals anyways

Alright, they're just okay deals, but I did my best 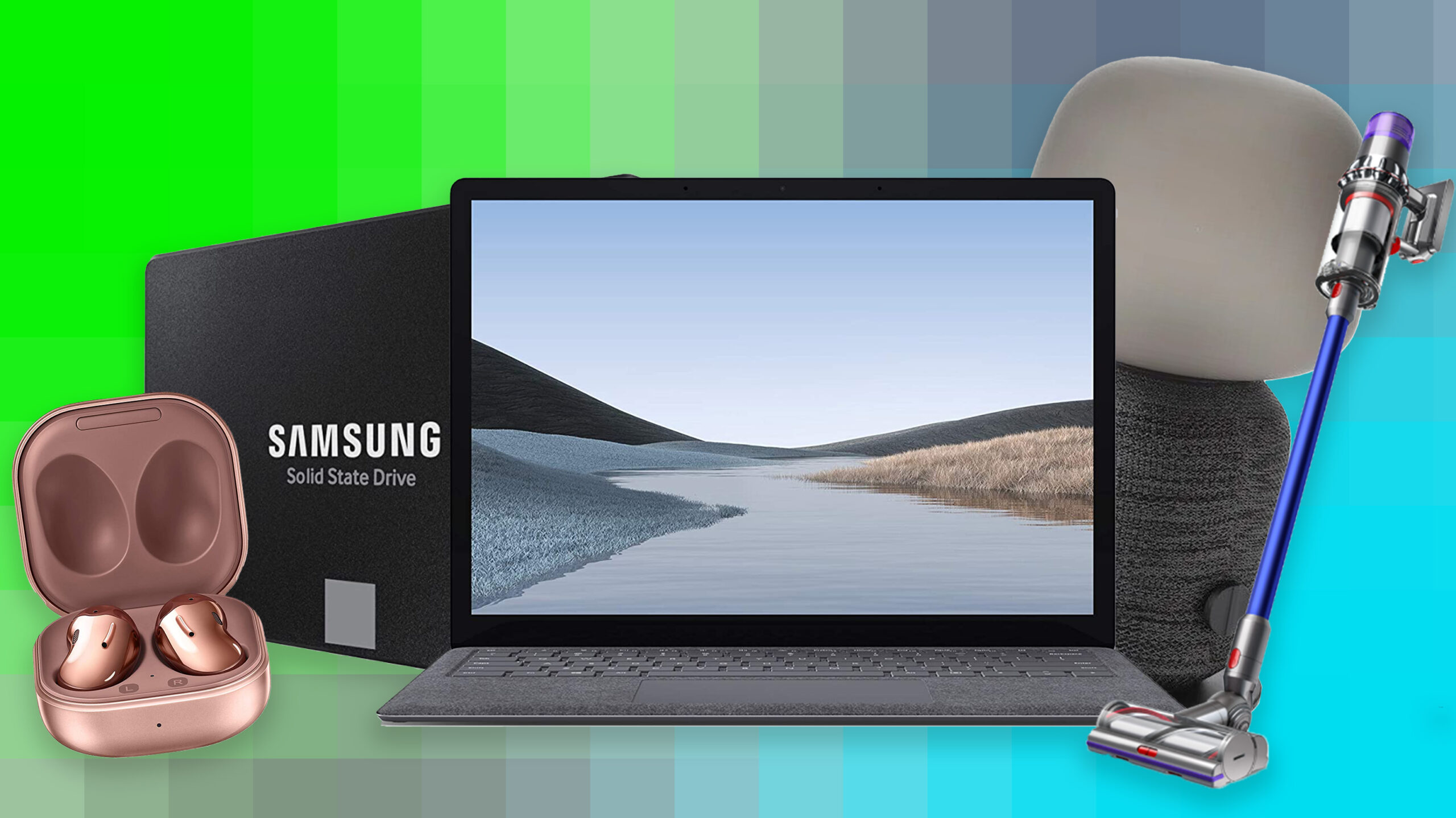 The Canadian Amazon Prime Day has been pushed back because of the COVID-19 pandemic. So while the rest of the world is out buying stuff for discounted prices, we can only watch through our Twitter timelines as stories of deals that are out of our grasp bombard us for two days.

That being said, there’s no reason why we can’t put on our little boots and walk around the internet to find some other tech deals to tide us over until Amazon brings back Prime Day.

I also want to say that this isn’t sponsored by Samsung, the company just has a lot of stuff on sale today.

Amazon has a surprising amount of Samsung stuff on sale today, and one of the hottest items is the ultra-discreet Galaxy Buds Live. Right now, Amazon has them down to $129.99 CAD, $70 less than the full price.

There’s not too much to say about the Frame TV. You get a pretty decent 4K screen wrapped in a frame that displays artwork whenever it’s not in use, so it becomes more than a giant black rectangle in your living room when it’s turned off.

This lamp from Ikea is usually $230, but right now, it’s on sale for $119 CAD making it significantly cheaper than a Sonos: One and competitive with the Ikea x Sonos bookshelf speaker. If you’re looking for a minimal home speaker that doesn’t have a microphone embedded in it, this is a great option.

Yeah, it would be nice to have the new Apple TV remote, but is it worth spending an extra $30 for basically the same functions? If you’d rather save a few bucks, you can get the older Apple TV 4K for $200 on Amazon.

Best Buy currently has the 13.5-inch Surface Laptop 3 for $1,059, which is about a hundred dollars less than its regular price. Keep in mind this is the base model version with an i5 and 8GB of RAM. That said, select colours of higher spec’d Surface Laptop 3s are on sale at Microsoft’s website.

If you’re looking to save a few bucks and you want to buy a MacBook, Apple sometimes has some M1 versions available in its refurbished store. Right now, M1 MacBook Airs are $200 off, and M1 MacBook Pro models are $260 off.

You can scope out all the Apple refurb deals here.

I recently got a Dyson V10 after being a Dyson vacuum skeptic for years, and I’m now totally sold on the product. It just sucks, a lot. Plus, the small size of these handheld models makes them really easy to use in the car as well as cleaning carpets in your home. Right now, the V11 is on sale for $799, $150 off its full price.