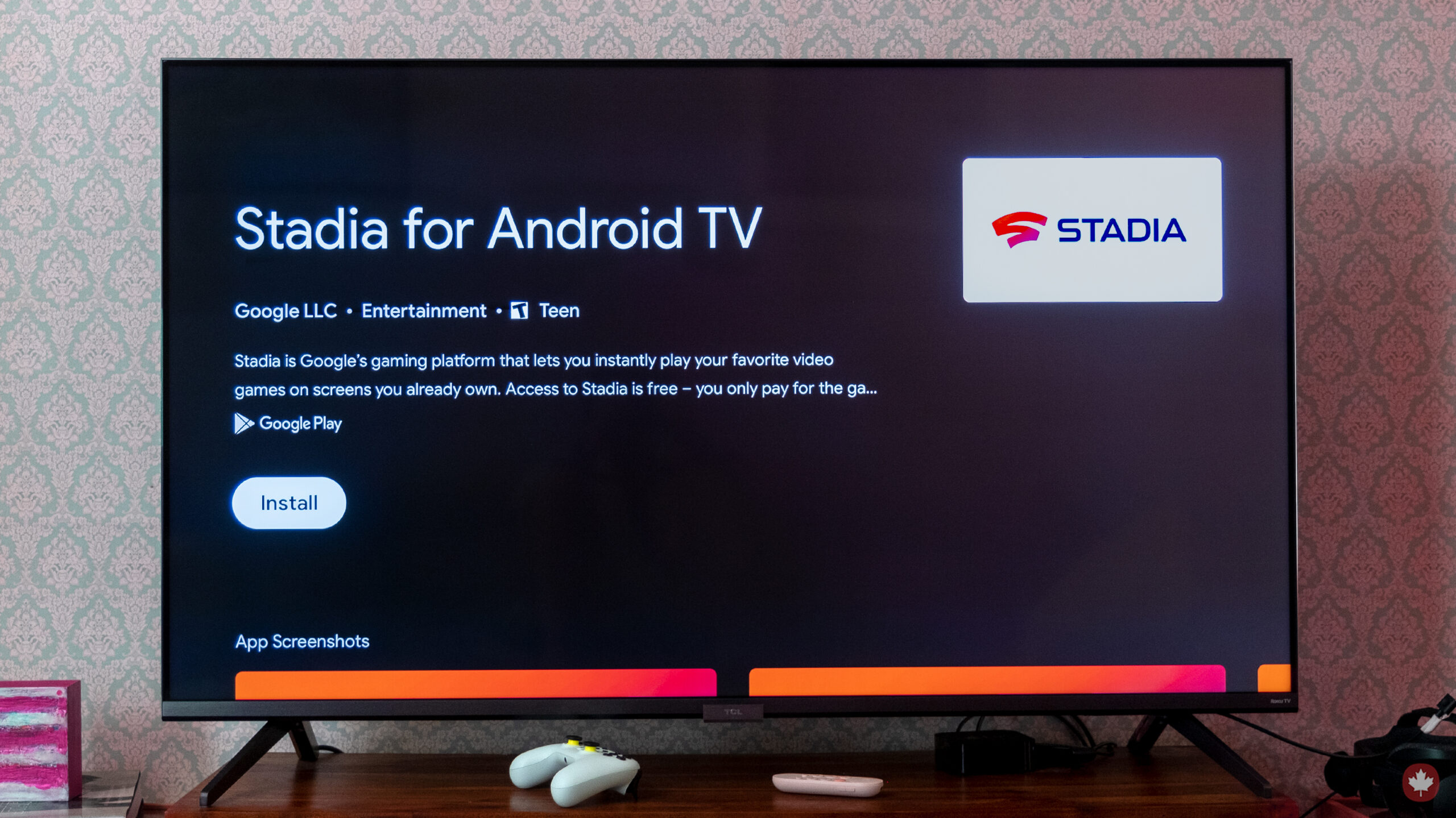 Google has created a listing for Stadia on Android TV devices, and you can download it now.

I downloaded the app on my Chromecast with Google TV, but once I opened it, I was greeted with a message that said the app isn’t available yet.

When Google announced that Stadia was finally coming to Android TVs and the new Chromecast at the start of June, the company did mention that the service would arrive on the 23rd. So it’s not that strange that you can’t play the app so far.

In the Play Store listing, it shows a screenshot featuring party chat, which is something that’s still not available on Stadia’s mobile app.

It’s also worth noting that ‘Stadia for Android TV’ and ‘Stadia’ are two different apps, with the latter being for phones and tablets. 9to5Google even notes that the TV version of the app only takes up a sparse 56MB of space, which is appreciated on devices like the new Chromecast with its measly 4.4GB memory.