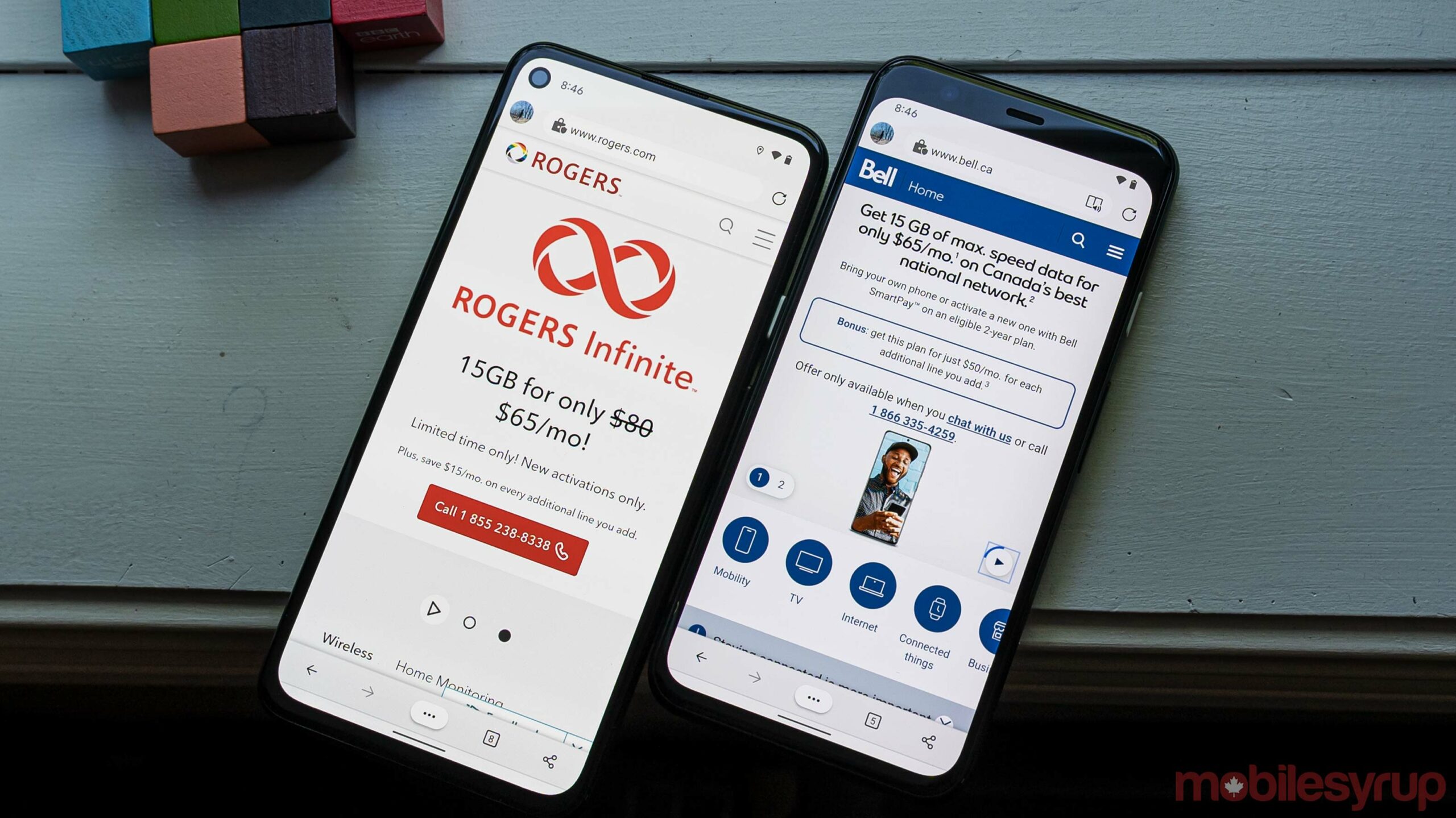 Rogers and Bell are both offering a $65 per month plan with 15GB of data, but only for new customers in select regions.

For both carriers, the plan counts as an ‘unlimited’ plan, which means customers get unlimited Canada-wide talk and text as well as 15GB of data at typical network speed followed by unlimited use at a throttled speed of up to 512Kbps beyond the 15GB cap.

Interestingly, Rogers lists the plan as a discounted version of its $80/15GB ‘Infinite’ plan, but it’s worth noting that Rogers currently doubles the data on its $80 Infinite plan to 30GB. That deal has been going on for some time. Bell also has an $80/30GB plan, but it’s not listed as a promo offer.

Rogers’ plan is only available for new activations, but it appears that customers can either get a phone with it or get the plan as a bring-your-own-phone (BYOP) option. You’ll be on the hook for Rogers’ $45 connection fee, and the carrier doesn’t appear to offer the deal online — you’ll need to call or go into a store to get it.

Further, the $65/15GB plan qualifies for Rogers’ add-a-line discount, which reduces each additional line by $15 per month. In other words, two lines would cost $65 and $50 for a total of $115 per month. Customers can add up to nine lines. 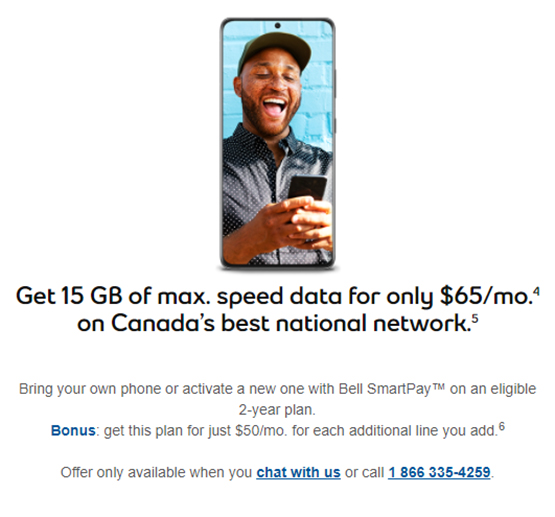 Bell’s offer operates similarly. It’s available with new smartphone activations or BYOP, and each added line only costs $50 per month. Customers also have to pay a $45 connection fee. According to Bell’s website, customers will need to chat with the carrier online or call in to get the deal.