The bigger tragedy is that the front fan likely doesn't spin 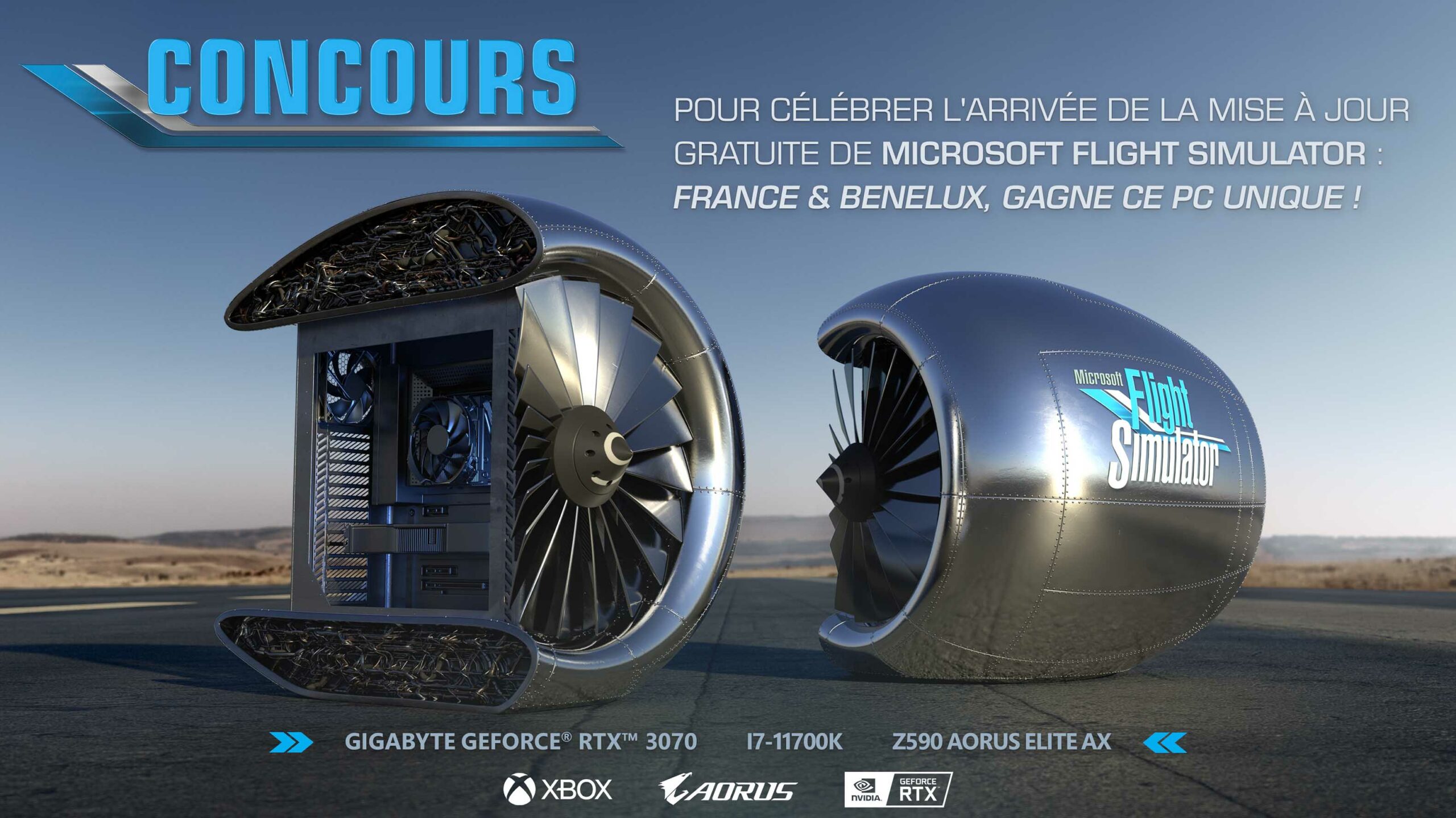 Microsoft is giving away a crazy PC built into a cross-section of a jet turbine as part of a promotion of its Flight Simulator game. Although it’d be cool to have a jet engine PC, it’d be cooler if it could max out the game it’s promoting.

Xbox France (@XboxFR) is running the giveaway on Twitter alongside an announcement about the upcoming Flight Simulator update that will overhaul several in-game locations, including France, Belgium, the Netherlands and Luxembourg.

Aside from being inside a jet engine, the PC boasts some solid specs. It’s got an Nvidia GeForce RTX 3070 and an 11th Gen Intel Core i7-11700K. While those are certainly impressive specs, The Verge points out that a recent test it did with the more powerful 11th Gen Core i9-11900K and an RTX 3090 couldn’t hit 60fps at Flight Simulator’s max settings. If those parts can’t do it, the i7 and 3070 definitely can’t.

To be fair, that doesn’t make the jet PC bad — an i7 and 3070 would be a welcome upgrade for most people. Plus, with the added bonus of it being free via winning a contest, it’s hard to complain. Considering the ongoing chip shortages, supply problems, bot plague and other issues, it’s pretty near impossible to get a 3070 — or other GPUs — for anywhere near retail price. (A quick search for the 3070 on eBay saw prices ranging from $1,400 to over $2,000 CAD — the card retails for $679.99 CAD on Nvidia’s website.)

Also, it’s worth noting that the jet PC should be able to play Flight Simulator fine at lower graphics settings. It really just comes down to what you want more — higher frame rates, or better visual quality.

That said, the jet PC does commit one other unforgivable sin: the big turbine at the front doesn’t spin. Well, I assume it doesn’t spin based on the picture and the way the turbine blades are cut as part of the cross-section design. But it’d be so much cooler if the turbine spun — just one big massive fan to keep your PC cool. Plus, there’s the added benefit of being able to tell people your PC sounds like a jet engine, and looks like one too.

Source: Xbox France Via: The Verge