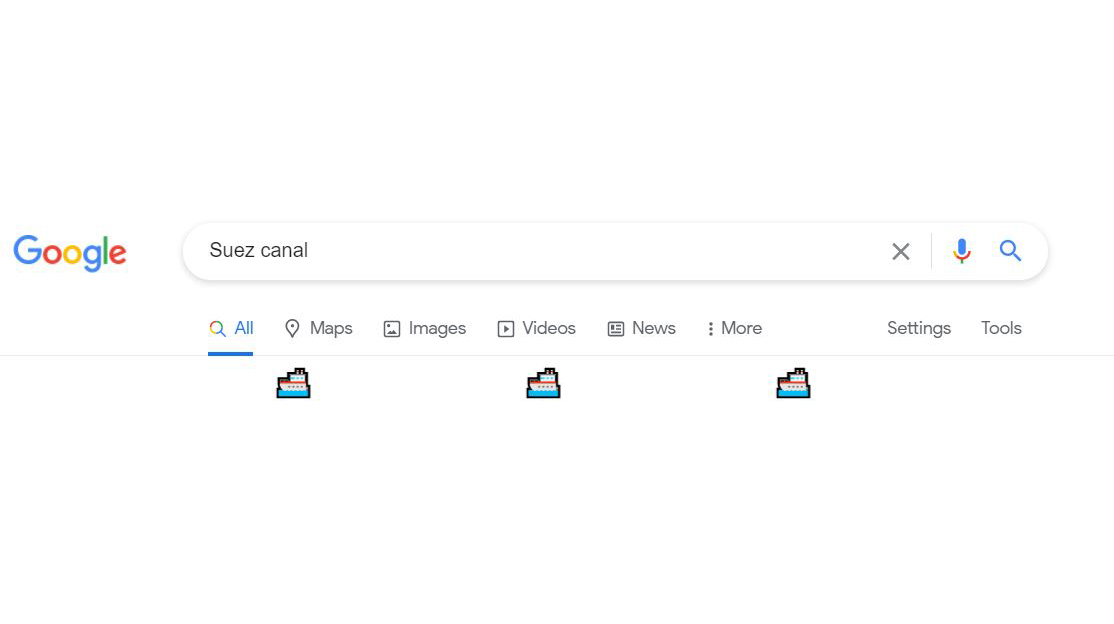 After spending nearly six days stuck in the Suez Canal, the 1,312-foot-long (roughly 400m) ‘Ever Given’ ship was finally freed with the help of a handful of tugboats on Monday.

To celebrate the dislodgement of the 200,000-tonne ship and the trade route getting reopened, Google has launched an easter egg in its search results.

The easter egg is an animation of Google’s ship emojis sailing under the search bar. The subtle yet effective animation comes up when searching for terms like “Suez Canal” or “Ever Given.”

The Suez Canal is pivotal in connecting the Mediterranean Sea to the Red Sea, allowing direct shipping between Europe and Asia. While Ever Given was stuck in the canal, ships began to pile up behind it, causing a standstill — that meant delays in everything from oil, food, clothing and semiconductor deliveries.

While ships were piling up in the Suez Canal, a variety of memes also piled up on Twitter too. Check out some of the best below:

i did my own version of the massive evergreen ship stuck in the suez canal meme pic.twitter.com/gtV06wljxg

Canada is sending its top specialist to help with #EverGiven container ship in #SuezCanal pic.twitter.com/0kFCGVBx5S

From memes about WD-40 being the solution to the canal crisis to Popeye being the person who unblocked the Suez Canal, everyone seemed to be poking fun at the big boat blocking the canal.

For now, the easter egg is limited to the desktop version of Google Search and is not visible on the mobile web search or Google’s mobile app.

Want to track that big boat stuck in the Suez Canal? Here’s how

Google begins warning users when its search results might be unreliable