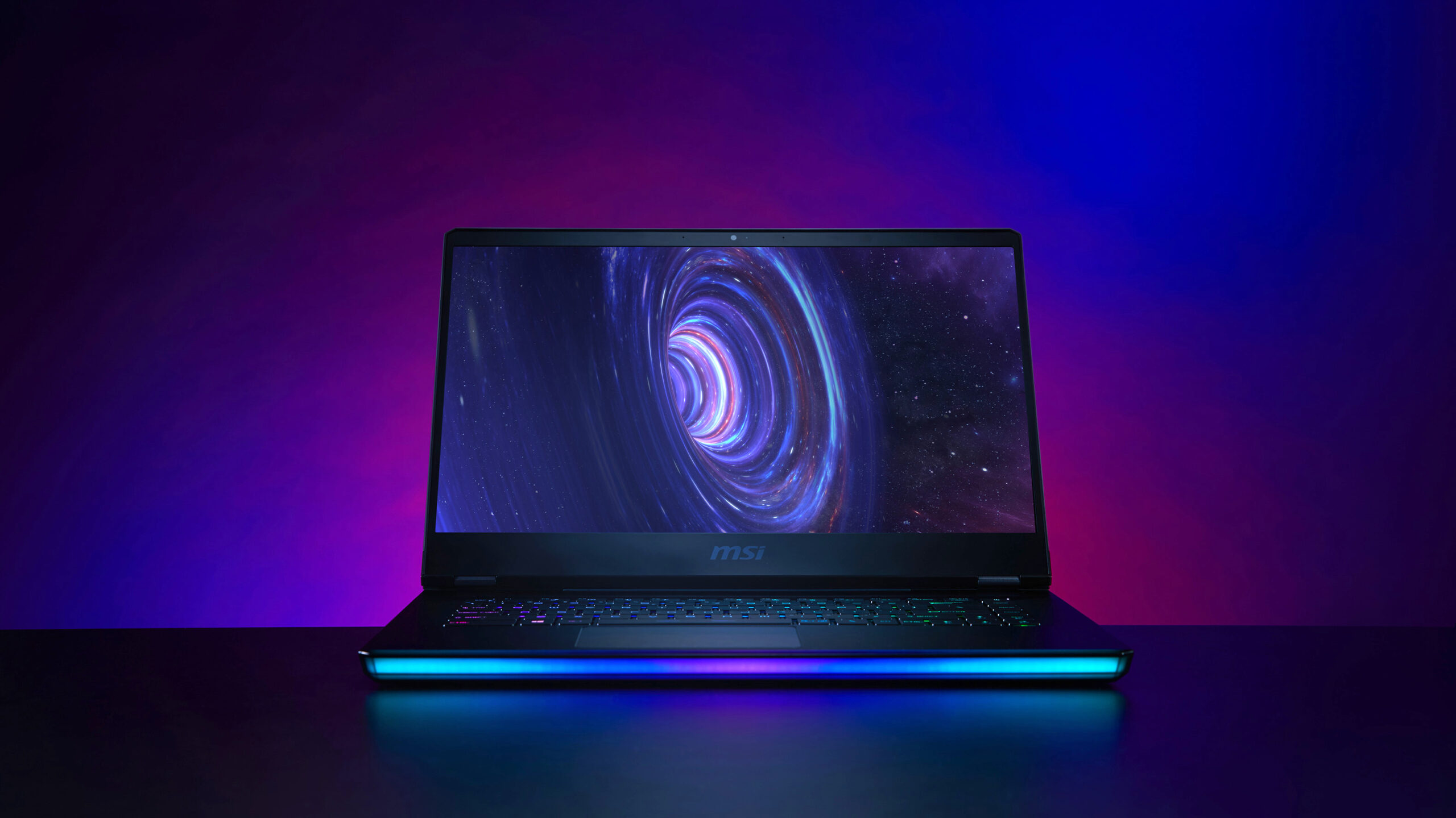 I had the opportunity to go hands-on with the MSI GE66 Raider, and I walked away highly impressed. The latest gaming laptop in the Raider line packs serious power into a notebook profile with several notable improvements over previous models.

MSI has become a leader in the gaming laptop space, and this feels like the culmination of its efforts over the last few years. Taking the laptop out of the packaging, I noticed that its sharp lines are reminiscent of previous Raiders, but the design has been tweaked to make the most of the 15-inch profile. 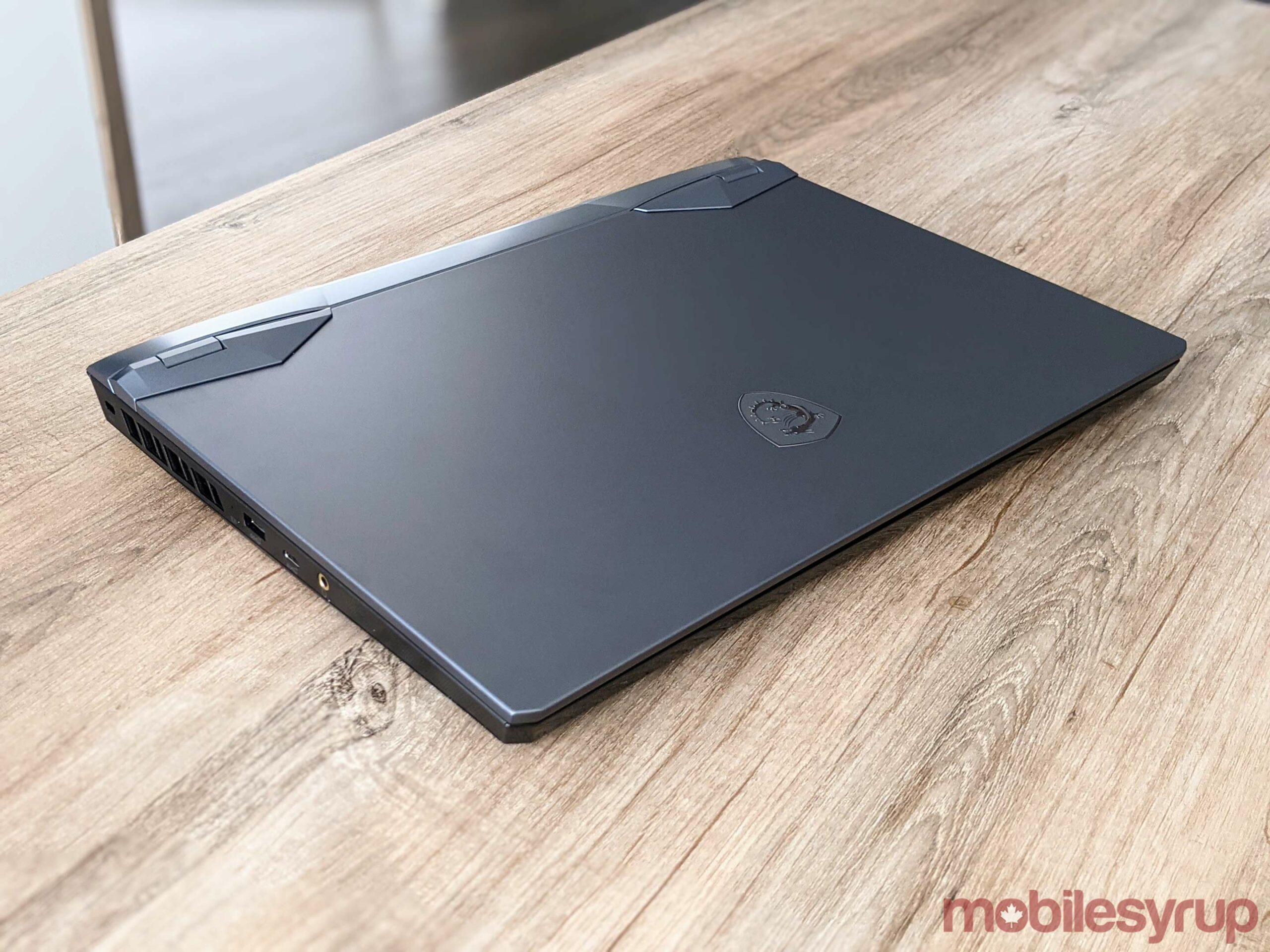 The 5mm bezels on the display fit the design of the ultra-thin notebook, and a new customizable light that spans the entire front edge of the laptop complements the gaming aesthetic. This is one of the most unique lighting designs I’ve seen on a laptop. MSI calls it “panoramic aurora lighting” and honestly, that describes it well. The thin light adds atmosphere as you play, especially in a dimly lit room. If you prefer to game without the RGB, you can tweak both the front light and the per-key lighting as you see fit.

This was a machine designed with purpose. When it comes to performance, the GE66 shines.

While I didn’t run any benchmarking during our preview, I played two games on the opposite end of the spectrum to see what it could do. 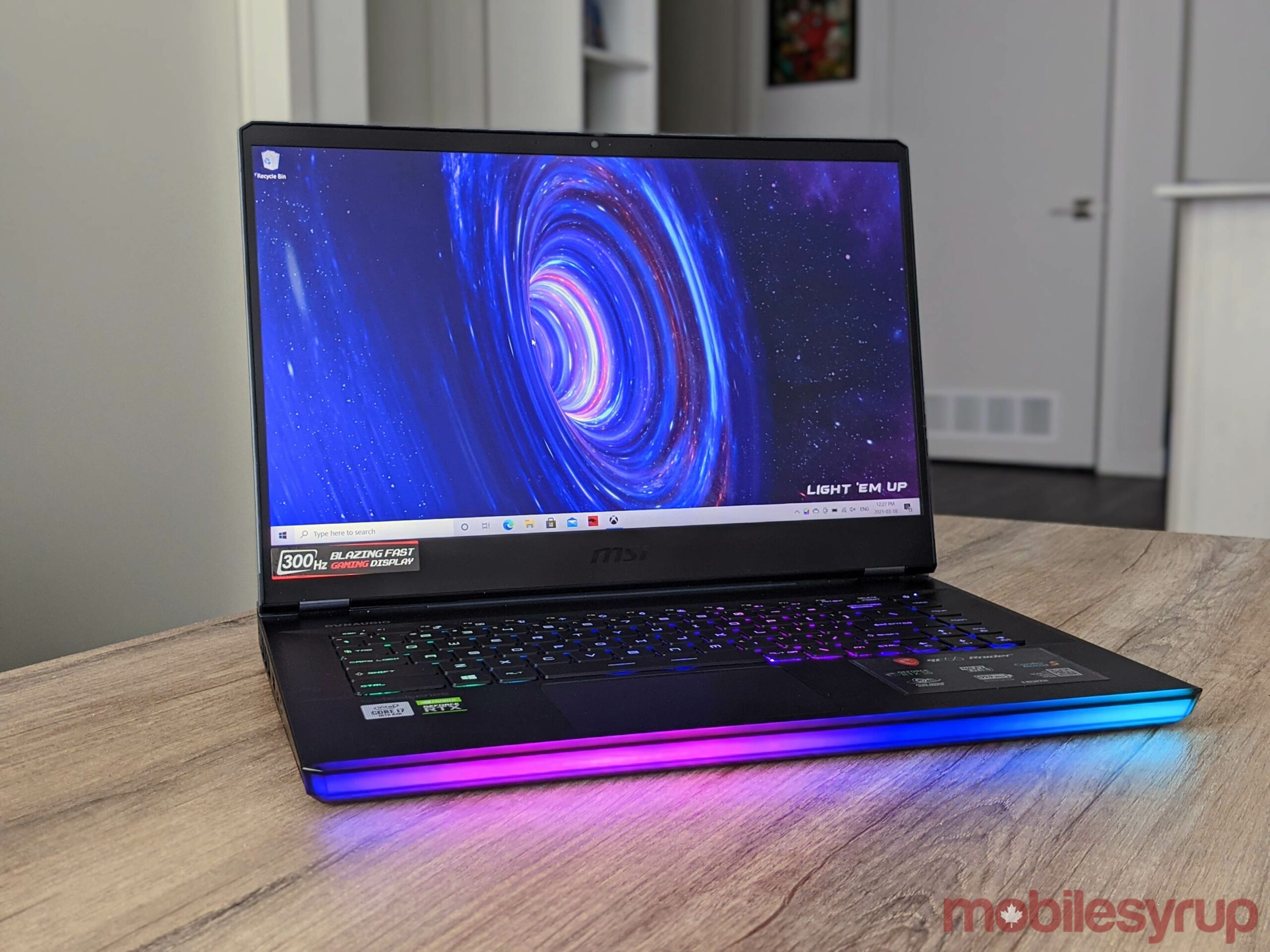 Remedy’s Control was the first game I booted up. It’s known for its intensive ray tracing requirements, so I wasn’t sure how an ultra-thin notebook would handle a game that can make frame rates buckle under the best conditions. But I came away impressed.

Not only did the game run smoothly through the first two sections at 60 frames per second, but I was able to max out the settings with the assistance of DLSS (deep learning super sampling). With NVIDIA’s proprietary AI sharpening tool enabled, the game was noticeably smoother, and I couldn’t tell the difference while playing between the native image and the artificially enhanced image.

The other advantage with NVIDIA’s GPUs currently is the resizable bar. This allows the CPU to access the entire GPU frame buffer at once to improve performance. Instead of needing to wait on frames to output them, it can pull them as needed. My laptop came updated, but make sure to update your laptop with the latest drivers on the MSI website to take advantage of this feature.

Control showed that the game could handle graphically intensive games, but to test out the capabilities of the 300Hz monitor, I launched Riot Games’ Valorant.

I’m not a highly skilled player by any means, but even I could feel the difference between this and my 144Hz monitor I currently play on with my PC. That’s not to say my play improved—I still managed to dash into a bunch of firefights when I shouldn’t have as Jett—but for those who play a lot of competitive games, this new display is a dream come true.

While this is clearly a gaming-oriented machine, I also wanted to test the laptop’s capabilities for my everyday work. I booted up Blackmagic’s Davinci Resolve and imported some 4K footage and attempted to colour grade it in real-time.

The GE66 didn’t break a sweat. The i7 processor and the 32GBs of DDR4 RAM made easy work of the footage, and even exported the footage in a very impressive time. 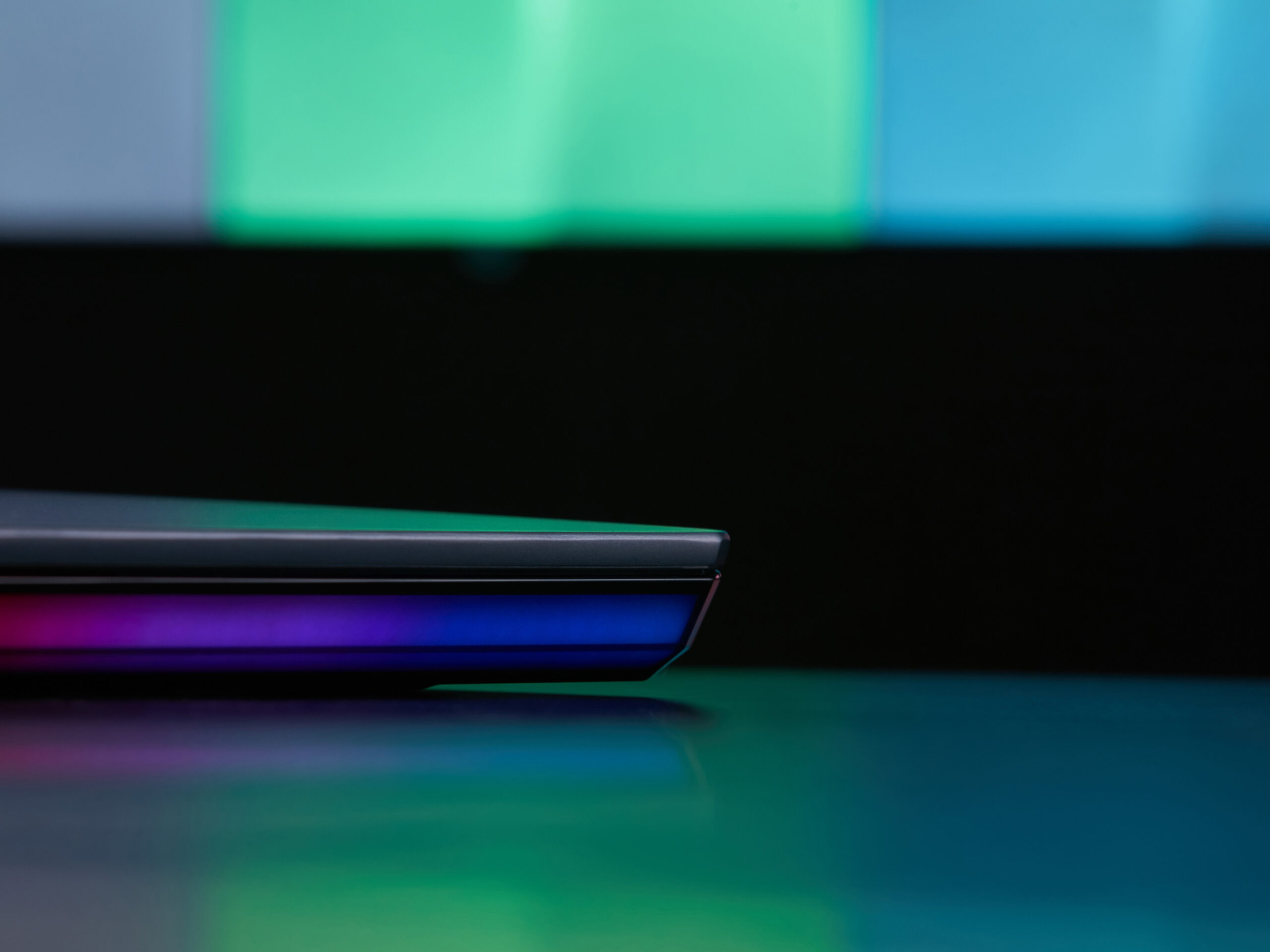 And if you’re wondering how the notebook works as a dedicated workstation, I’ve been writing this review on it, and it’s been a surprisingly pleasant experience. As a mechanical keyboard enthusiast, I often find writing on low profile keyboards to feel mushy, but the Raider notebooks have what I’d describe as a springy feeling that makes typing faster than most scissor switches — without sacrificing the action of the key press that a lot of low profile keyboards are adopting.

I attended all of my weekly meetings using the built-in FHD camera, and while my co-workers didn’t know I was exploring the Federal Bureau of Control as we spoke, they noticed that the image was a noticeable improvement from my usual notebook camera.

If I have any concerns coming out of my time with the laptop, it would be the usual limited battery life while gaming. The GE66 has a larger battery than previous models, and I never had an issue while I was using it, but don’t expect to get eight hours of play when you’re running Control. Other than that one minor concern, the GE66 has shown me that laptops are viable workstations for the home office, and a way to take your gaming with you.

MSI continues to push the limits of what notebooks are capable of, and the GE66 feels like a great balance of power, portability, and functionality.

You can find more information about the MSI GE66 on the company’s official website or through its official retail partners: https://www.msi.com/Laptop/GE66-Raider-10UX