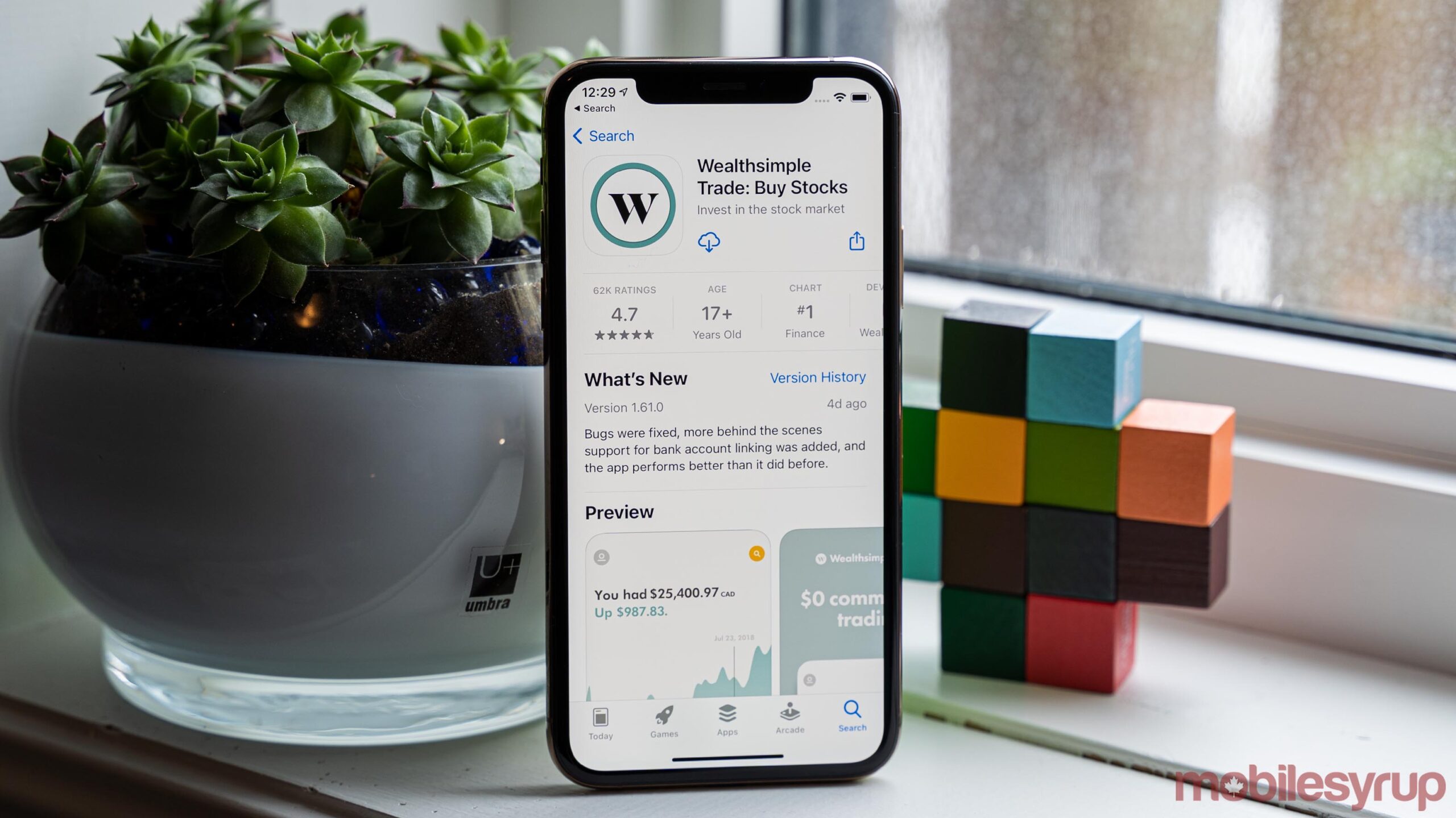 If you’ve spent any time on social media this week, you’ve probably heard about GameStop and stocks. What you may not know is that the frenzy boosted popularity in a Canadian stock trading app as well.

As a short explanation, the internet has stirred itself into a frenzy over GameStop, a U.S.-based video game retailer (EB Games is the company’s Canadian division). Essentially, a Reddit community called ‘Wall Street Bets’ (WSB) struck out at hedge funds that shorted the GameStop stock, starting an insane stock price rally.

Short selling is when an investor borrows a stock and sells it with the expectation that it will decrease in price. When that happens, the investor buys the stock back and returns it to the owner, having made a profit. Unfortunately for investors who shorted GameStop, the rapid increase in the stock price means they’ll lose money on the short instead. (Those interested in all the nitty-gritty details should check out Bloomberg’s coverage here.)

Since most of the people buying into GameStop right now are average people, many of them use stock trading apps. Perhaps the most famous (or infamous now, depending on your perspective) is Robinhood. Only available stateside, Robinhood came under fire on January 28th for blocking purchases of GameStop, as well as other stocks getting caught up in the madness like AMC and BlackBerry. That sent many on the hunt for new apps that weren’t restricting GameStop.

Wealthsimple Trade boomed as GameStop frenzy caught on in Canada

Canadians looking to get in on the action flocked to Toronto-based Wealthsimple’s Trade app. The free app makes it easy for anyone to start trading stocks. However, the growth isn’t just from Gamestop, although that helped.

A source familiar with the company’s operations told BetaKit that Wealthsimple saw increased interest in the Trade app throughout the pandemic, describing the numbers before GameStop as “🤯.” With the GameStop frenzy, the source told BetaKit numbers are “🍌.”

To back that up, Wealthsimple Trade topped both Apple and Google’s app store charts this week.

Wealthsimple CEO Michael Katchen also spoke to BetaKit, telling the publication it’s up to the stock exchanges and regulators to determine if market activity should trigger a halt to trading.

“Our role as a self-directed brokerage is to inform our clients about the risks so they can make an informed decision, and to provide a safe and reliable trading platform,” Katchen said.

📣 We’re not restricting trading any securities on Wealthsimple Trade, but we have a few updates so you can keep trading responsibly today.

While Wealthsimple will continue to allow users to trade GameStop stock, the company has placed warnings on GameStop and other volatile stocks. Additionally, the company noted in a series of tweets that users could see some trades cancelled if prices change more than five percent before an order is filled.

If you’re interested in stocks and haven’t checked out Wealthsimple Trade already, now may be a great time to do it. That said, you’re probably better off avoiding GameStop and other ‘meme stocks’ with high volatility unless you know what you’re doing.