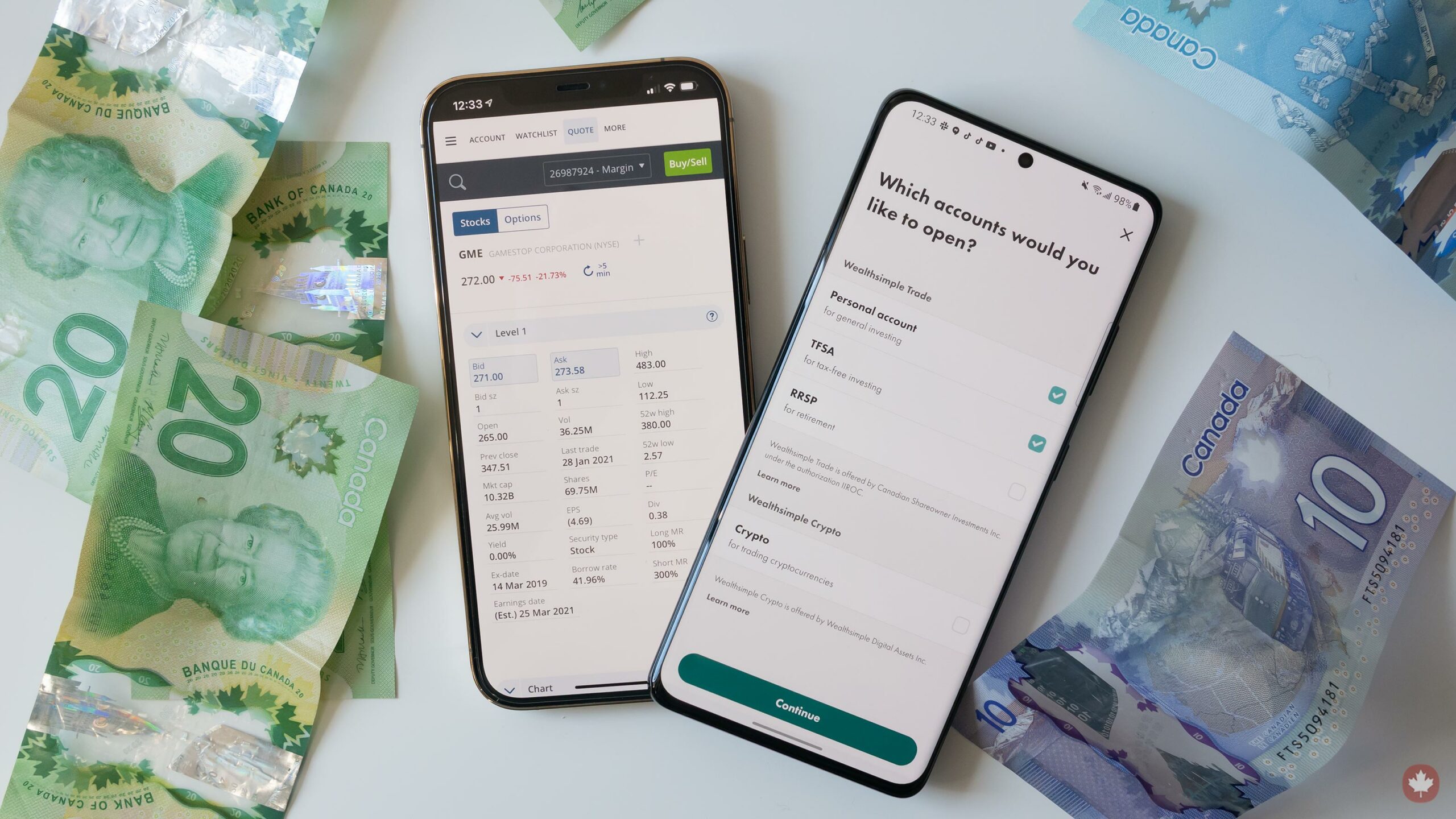 The ongoing saga regarding GameStop has taken a turn on Thursday as certain trading apps have put restrictions on trading.

As a recap, several online message boards, including Reddit, have pushed the price of GameStop and other shares up in recent weeks. This resulted in GameStop stock increasing from below $20 USD earlier this month to more than $400 USD on January 28th.

Robinhood, which isn’t available in Canada but is immensely popular, has restricted BlackBerry, Nokia, AMC and other shares as well. The platform has decided to put a stop to the situation on its platform, as outlined in a blog post.

Another online trading platform called Interactive Brokers, which is available in Canada, has also restricted trading for certain shares to put a stop to the frenzy. Both companies are facing backlash online, but there are other apps available in Canada that haven’t placed any restrictions on trading.

Below are two apps available in Canada that haven’t blocked trading at the time of writing.

Canadians have also jumped into the trading frenzy this week, as Wealthsimple Trade has topped charts on both the Google Play Store and the iOS App Store. The app is one of the few platforms that hasn’t placed any restrictions on trading.

It’s worth noting that the app is currently presenting warning messages for users looking to trade popular stocks right now. For instance, when looking at GameStop stocks, the app tells users “GME is considered risky. Traders should expect high volatility. If you do choose to place an order, use a limit order with a set price.”

The app was launched as the answer to Robinhood in the United States and is considered easy to use. There’s a simple process when signing up for an account. You can learn more about the app here.

Wealthsimple Trade can be downloaded for iOS, Android and is also available on desktop.

Toronto-based Questrade is being applauded on social media for not refusing orders on GameStop and other popular stocks. Similar to Wealthsimple Trade, Questrade is also climbing the ranks on the Google Play Store and the iOS App Store

It appears that unlike Wealthsimple Trade, Questrade is not displaying warning messages on GameStop and other stocks, according to users on social media.

Questrade is known to be Canada’s largest independent discount broker platform. The company also removed all inactivity fees this past November.

You can learn more about the app here. Questrade is available on iOS, Android and desktop.

Update 28/01/2020 3:45pm ET: The story has been updated to reflect that Questrade removed all inactivity fees this past November.