Bernard Bureau, Telus’ VP of network and architecture strategy, speaks to the benefits of 5G that will come with the rollout of 3,500MHz spectrum 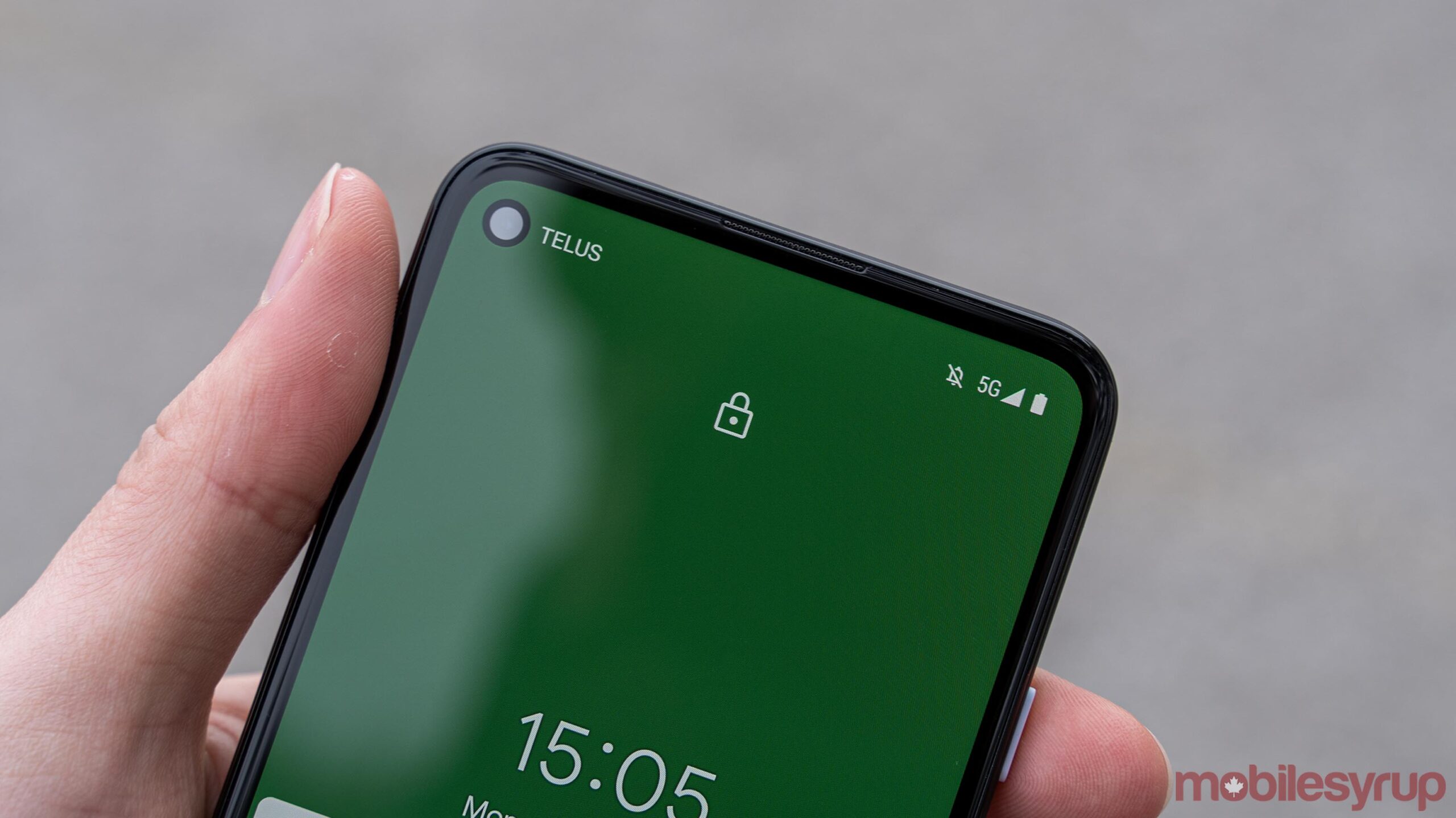 5G in Canada is in an exciting position.

Canada’s largest wireless carriers have burgeoning 5G cellular networks, phone makers are pumping out 5G-capable devices and it seems like everyone is making big promises about the future 5G will enable.

While current 5G applications in Canada may feel limited, it’s important to remember that carriers are still in the early stages of rolling out 5G. There is much more to come and many more exciting applications on the way.

Telus’ vice president of network and architecture strategy, Bernard Bureau, spoke to some of the more exciting near-future 5G capabilities in an interview with MobileSyrup. Bureau noted that there’s a lot more than just a speed boost coming to Canadian smartphone users. Reduced latency, increased reliability and support for edge computing systems are only a few of the ways 5G will improve and transform the ways we interact with wireless. And as for the practical applications of 5G, Bureau covered a range of uses from agriculture to gaming.

It may seem like a redundant question to start with — most people who have followed technology even loosely over the last few years likely know that 5G is the next stage of wireless technology. It’s a step up from 4G, offering improvements like faster speed and capacity.

“[5G] is obviously a pretty wide topic,” said Bureau. “But 5G is meant to be a lot more than just increased speed and capacity… 5G is evolutionary. And that’s what we have launched so far this year.” 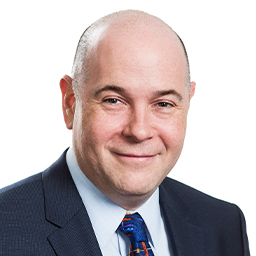 Bureau also acknowledged that the next phase of 5G is much more exciting than what currently exists in Canada — a phase he described as “revolutionary” rather than the current evolutionary phase. A good way to look at it is that 4G was concentrated on mobile broadband and improving things like running video on smartphones or getting access to content in apps faster. 5G, however, goes well beyond phones and opens up wireless for many applications beyond mobile broadband.

Bureau highlighted latency as one area that the 5G revolution will improve, and latency is perhaps more critical than any of the speed or capacity improvements when it comes to transforming how people use wireless networks.

According to Bureau, lower latency will revolutionize things like manufacturing and supply chain automation — enabling more efficient processes, increased production time and the ability to scale a company’s robotic workforce. On top of that, reliability, resiliency, security, and ultra-low latency are essential factors in wireless enablement in manufacturing 4.0, autonomous vehicles, and drones.

Faster data speeds on your phone will be nice, but those increases may amount to little more than a side bonus as 5G transforms entire industries.

5G applications you may not have even dreamed of (yet) 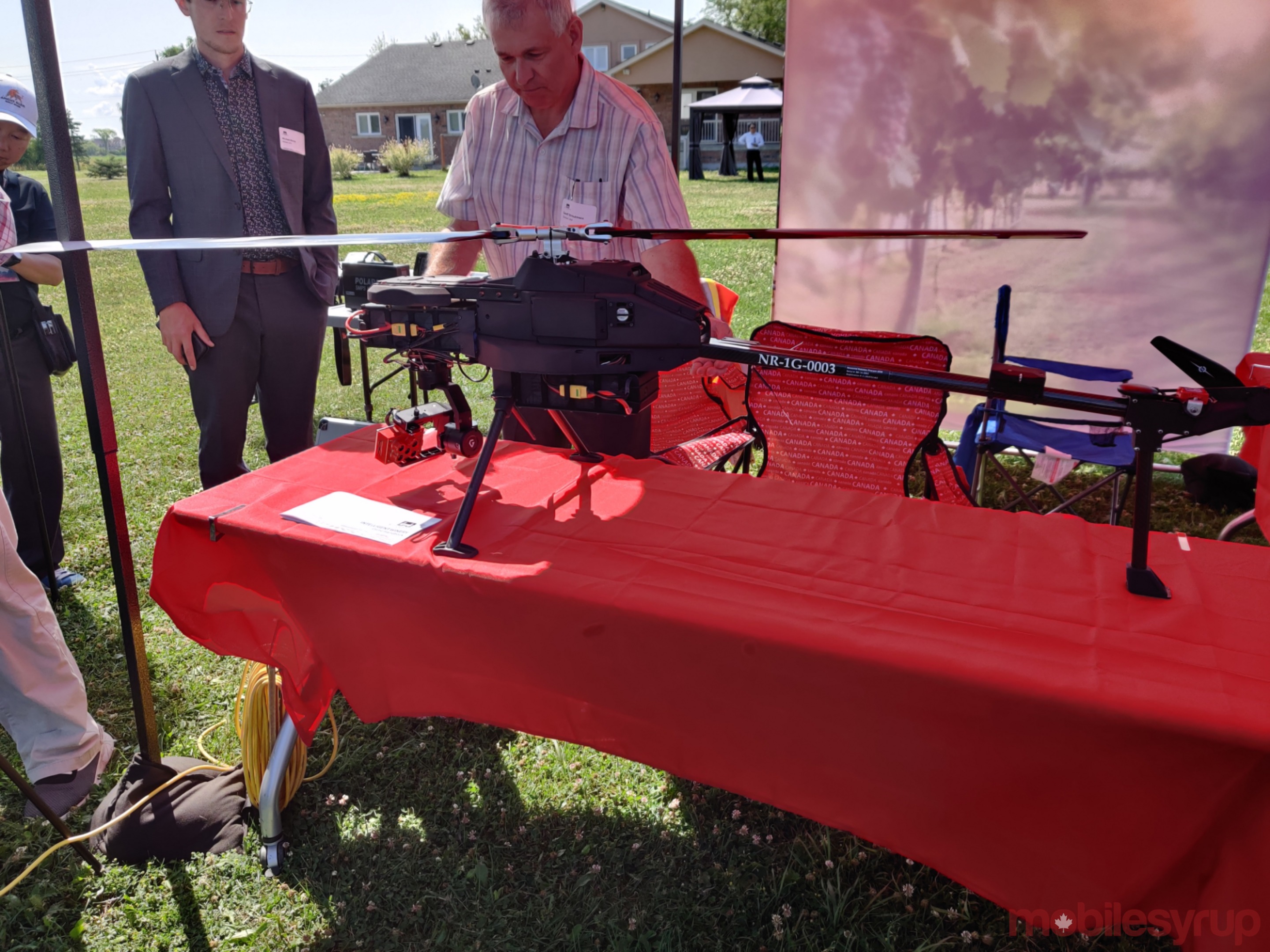 If you ask most people what they expect 5G will change, few will say agriculture. Yet, that was one of the first examples Bureau spoke about.

“And a specific example that I like to use is to help with crop efficiency,” said Bureau. “You can have drones capture high-resolution HD video feeds… [and] the video feed can be analyzed by artificial intelligence. With this, you can detect if the crop isn’t doing well, or if it needs a special type of treatment.”

If using drones to monitor crop health seems like some crazy future technology, well, it’s already happening in Ontario. In 2019, MobileSyrup toured a winery north of Richmond Hill testing the use of drones to scan fields for issues. Drones can help the winery be more efficient and earn greater yields by redirecting workers’ time from walking the fields looking for issues to solving the problems. Although these tests use current 4G technology, switching over to 5G can help provide more detailed, higher resolution images and do so faster than on 4G.

Telus believes in connected agriculture so much that it just launched a new business division called ‘Telus Agriculture’ that’s dedicated to providing innovative solutions to support the industry with connected technology.

Bureau notes that one of the issues with bringing connected services like drones to agriculture applications is that sometimes they’re so remote they don’t have access to wired or wireless infrastructure.

“But with 5G, what you can do is install edge computing, very close to those farms in a particular area, and run artificial intelligence locally there. So you don’t need to send that massive amount of data back to the nearest city, you can actually run it locally, and you can get the same outcome.”

Bureau described edge computing as a “mini cloud” that operates locally and isn’t as reliant on wired and wireless networks for transferring data.

How will this benefit the average Canadian? 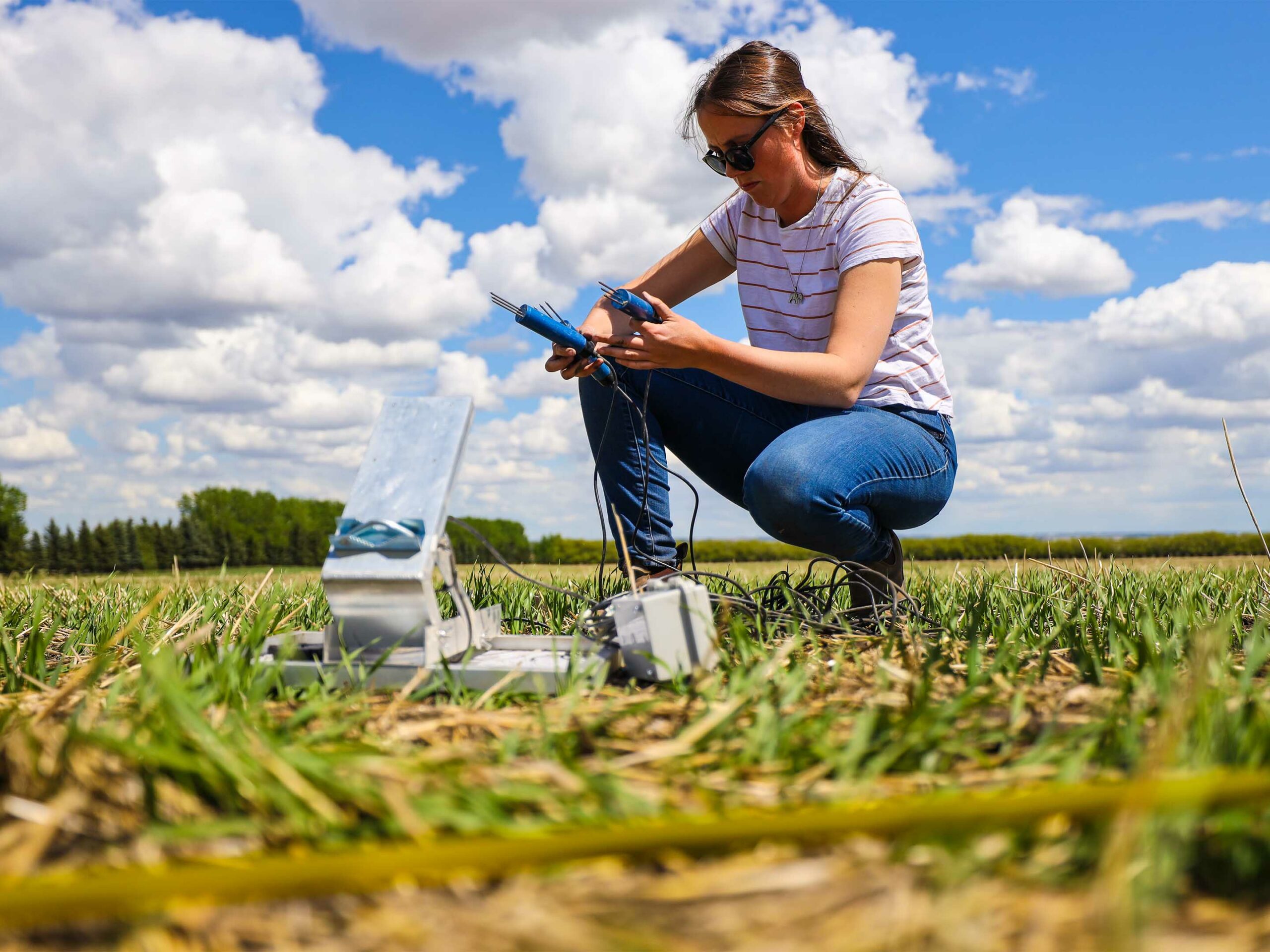 Edge computing, slicing and improving drones for use in agriculture and other projects are all exciting applications of 5G. But for many Canadians, it may seem that these applications won’t significantly impact their daily lives. However, that’s not entirely the case.

5G will enable and accelerate a new wave of digital transformation in agriculture and farming, enabling a new level of traceability from farm to fork that will help ensure consumers have fresher, healthier food on their table.

Circling back to the latency benefit, Bureau says this will be an integral part of making cloud gaming work. Right now, 4G networks allow for streaming games to mobile devices, but the experience can be subpar. 5G’s lower latency should dramatically improve game streaming.

“The reason why it becomes feasible on 5G is really a great deal about latency,” says Bureau. “[The] 5G that everybody’s launched now in Canada is anchored on 4G… it uses a 4G core, and also 4G channels, not only 5G channels, but the downside to it is that it also has the limitations of 4G, including… looser latency.”

“When we are able to move into a kind of pure 5G, without any 4G dependency, then the latency is going to be radically cut down.”

Bureau says that with lower latency, gamers will see an almost seamless experience with much less time between when they interact with the game (pressing buttons, touching the screen) and when the game responds (when the cloud server running the game acknowledges and renders the frames based on user input).

Of course, using cloud gaming to play while on the go seems like a distant capability, especially given the ongoing pandemic confining many people to their homes. But even within your home, 5G can have an impact.

5G can help Canadians even when they’re at home 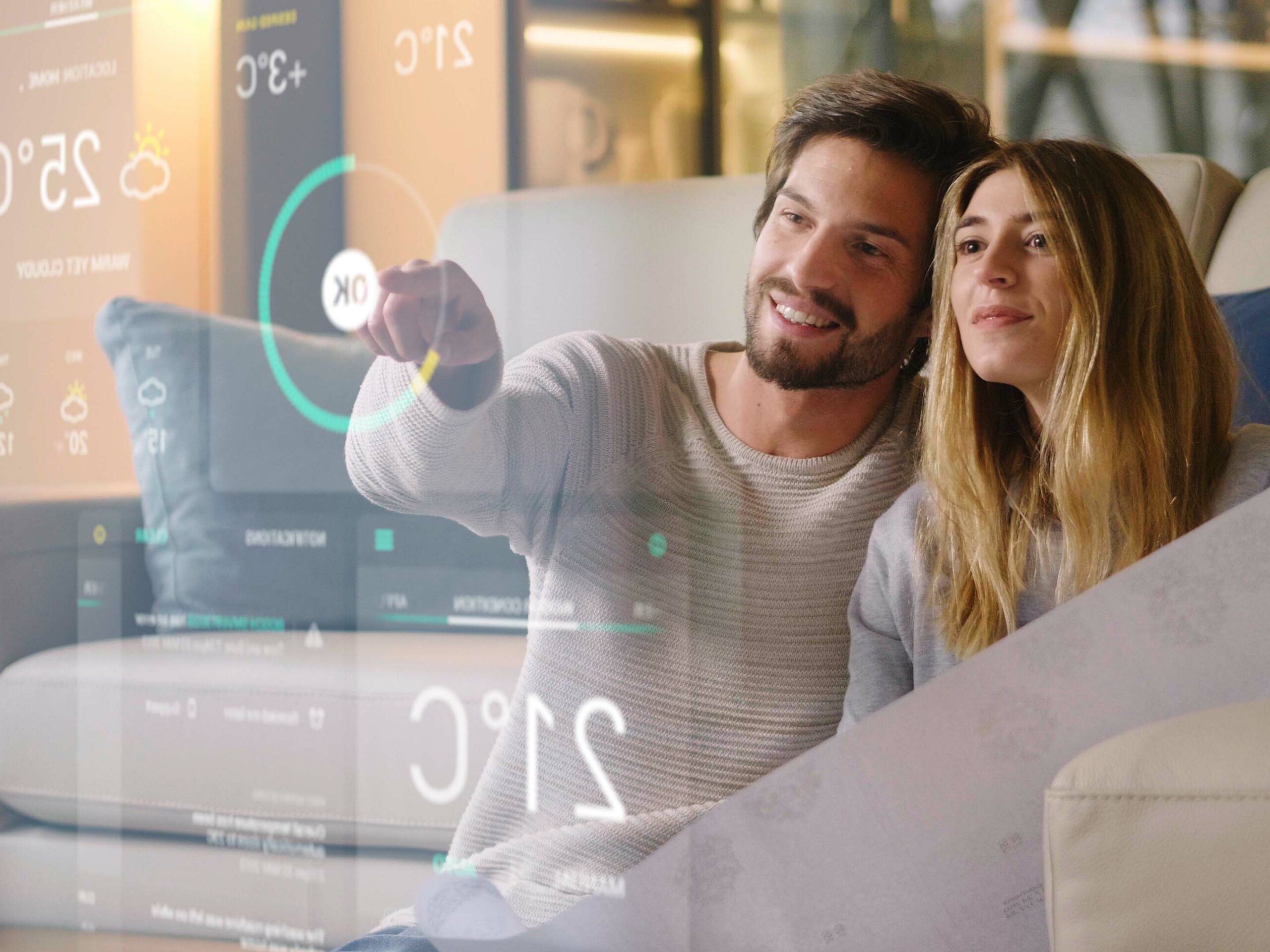 However, most of these benefits still feel like they’re a few years away, especially given the current state of 5G in Canada. Although Bureau acknowledges that he’s biased towards 5G, he does feel that current 5G can benefit Canadians looking to switch to new 5G capable devices. Just this year alone, several companies launched 5G phones both in the flagship and mid-range price tiers, including the new iPhone 12 line, Samsung’s Note 20, Galaxy S20 and some A-series devices, the Google Pixel 5 and 4a 5G, LG’s Velvet and more.

The upcoming spectrum bands refer to the 3,500 megahertz (MHz) spectrum, which will be auctioned off in June of 2021 in Canada. Bureau described this spectrum as “very, very meaningful” for 5G.

“[The spectrum is] going to provide a big step up, and it’s also going to help with the cost structure of mobile network operators,” Bureau said. “Because these channels are really, really big. So, compared to 4G, the same radio is going to be able to handle a very large channel… that’s much more efficient to deploy in terms of money.”

Bureau explained that there are different spectrum groups network operators work with, spectrum referring to the frequency of electromagnetic waves. Everything below 1,000MHz Bureau described as “low band spectrum,” which is used by 3G and 4G and can cover tens of kilometres of distance. It also includes some 5G, such as the 600MHz spectrum previously auctioned off by the Canadian government. However, low-band 5G only performs slightly better than 4G.

“The problem is, the channels in those bands, whether they’re 5G or 4G or 3G doesn’t matter. The channels and those bands are really small because there’s really not a lot of spectrum that’s available,” Bureau said.

On the opposite end is mmWave, or high-band 5G, which uses radio waves in the 25-39GHz range. Waves in this frequency can offer gigabit speeds, but can only travel short distances (just a few hundred metres according to Bureau) and struggle to pass through obstacles like trees or walls.

“If you’re covered by this, you’re going to have amazing speed. And that’s a lot of what [operators have] deployed in the United States,” Bureau said.

Bureau points out that in the U.S., there’s been a large push to roll out mmWave 5G, but the industry south of the border has been “screaming” for access to Sub-6 5G spectrum. As for the rest of the world — Canada included — Sub-6 is the focus, especially on a range of spectrum between 3,300 and 4,200MHz.

What needs to happen to get 5G to that point in Canada? 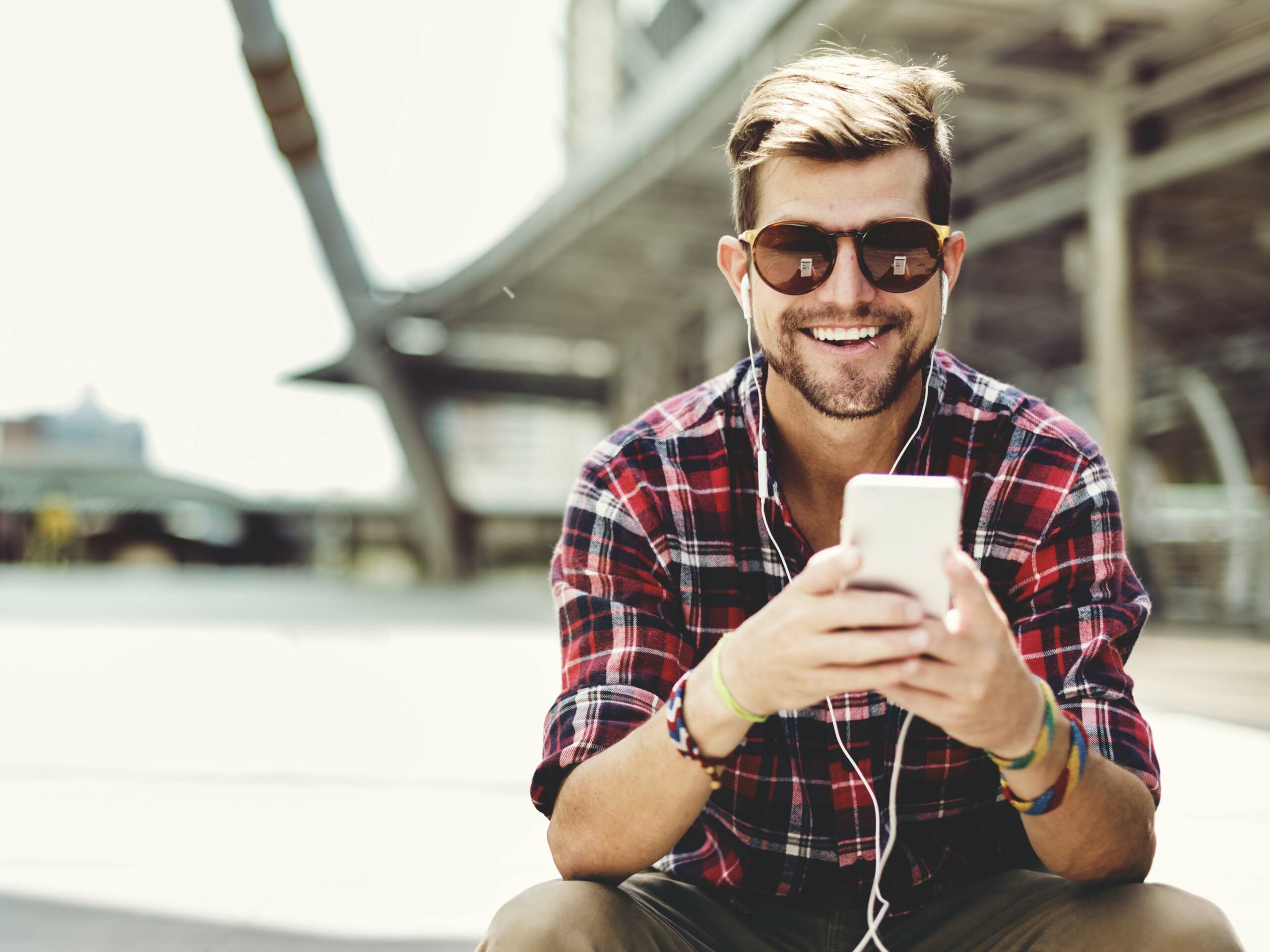 With the number of 5G phones available now, most support the Sub-6 segment of 5G. That means when carriers acquire this spectrum and begin rolling it out, customers who already have these phones will begin seeing benefits.

However, there’s still some work needed to get to that point.

“We’re continually expanding Telus 5G, connecting 76 markets in 2020, which is roughly 30 percent of the population.”

From there, it’s a process of acquiring more 5G spectrum, especially the crucial mid-band 3,500MHz and building out networks with that spectrum. Eventually, there’s the process of building out mmWave, but that will likely be focussed on dense, urban areas since mmWave bands can’t travel as far.

For now, keep an eye on the 3,500MHz auction and how carriers deploy that spectrum next year — that will likely yield the most immediate benefit to Canadians.

5G must be about ‘outcomes for Canadians’ 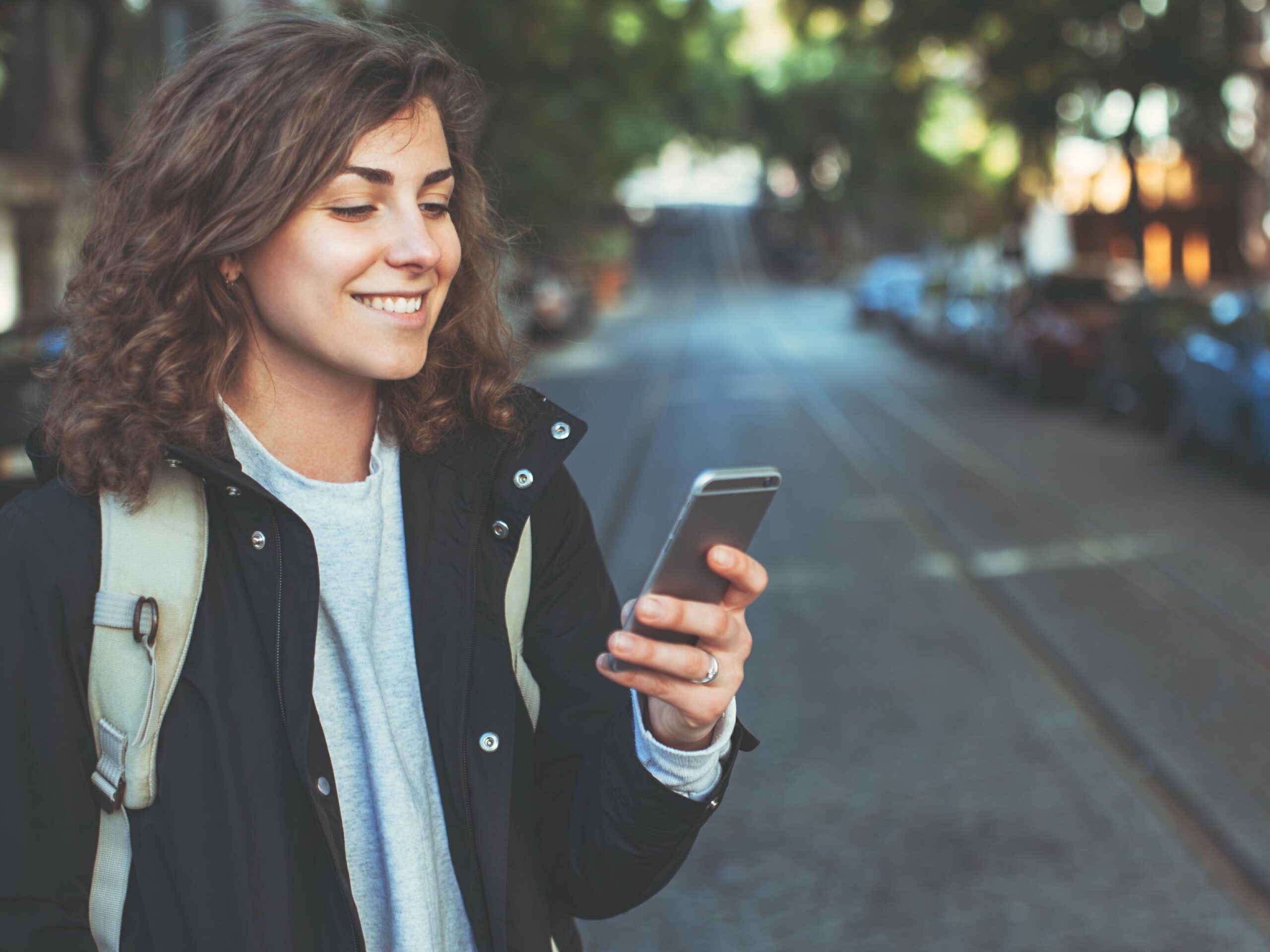 Ultimately, no matter how you look at the technology behind 5G and what it will enable, Bureau says it doesn’t matter unless you do something worthwhile with it.

“5G has to be about outcomes for Canadians,” Bureau said. “As a mobile network operator, we’ve been on a journey to transform ourselves over the past several years, from a connectivity company to a company that provides solutions.”

Bureau points to investments made in agriculture, health and smart home security as examples of how Telus is striving to create value for all Canadians through the production of bigger, safer, food yields to feed a hungry world, bridging digital divides, and making smart homes even better, while supporting environmental sustainability.