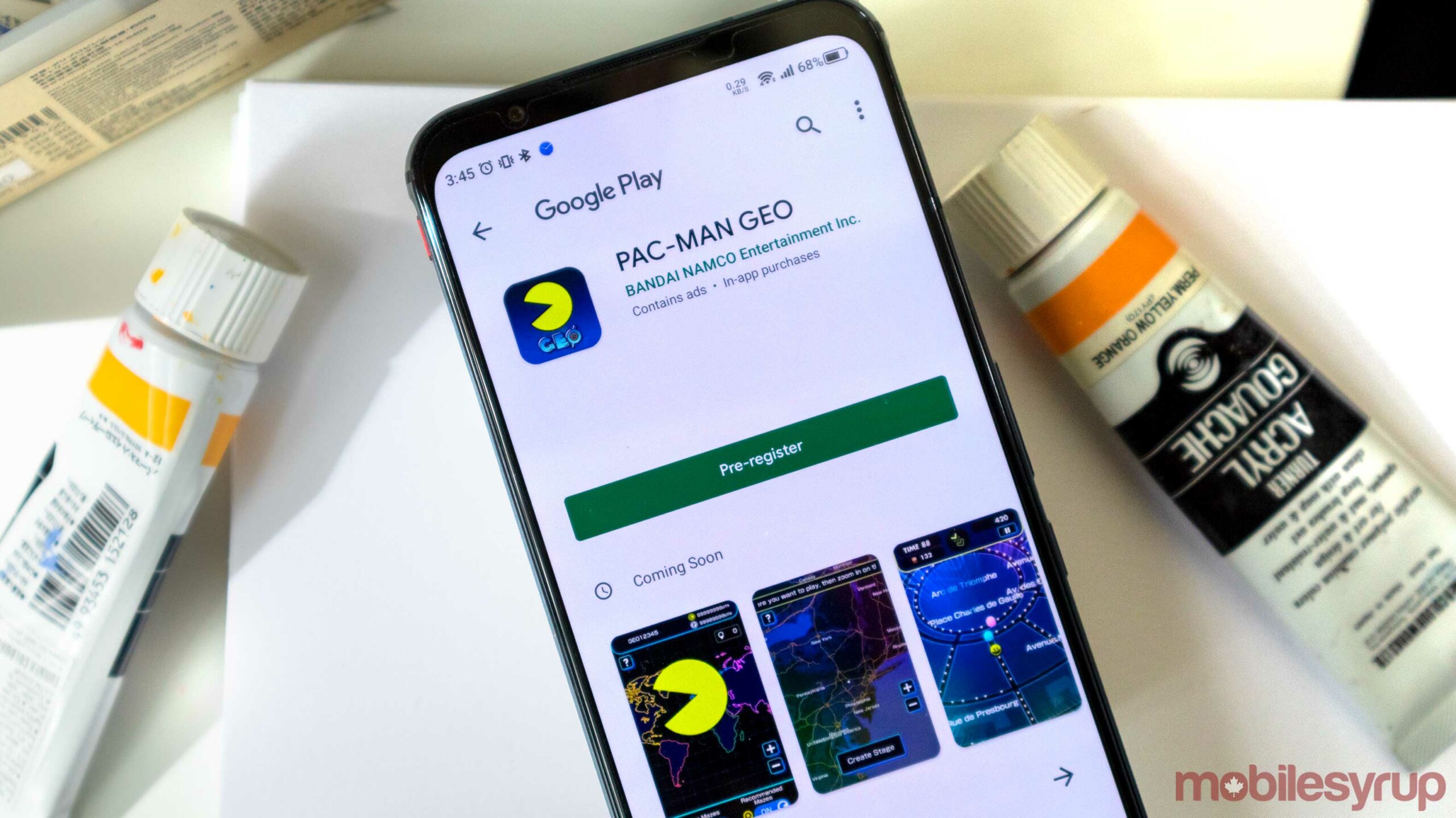 The game is expected to release this fall, and players on iOS and Android can pre-register for it now. Beyond that, all we have to work off is a collection of screenshots.

The first screenshot is a little unclear, but it says ‘Recommended Mazes’ and ‘Your Mazes.’ There’s also a map beneath a giant Pac-Man head. This seems to suggest that players will be able to travel to other locations to play courses. On the other hand, it could also indicate that you collect different Pac-Man courses from around the world. 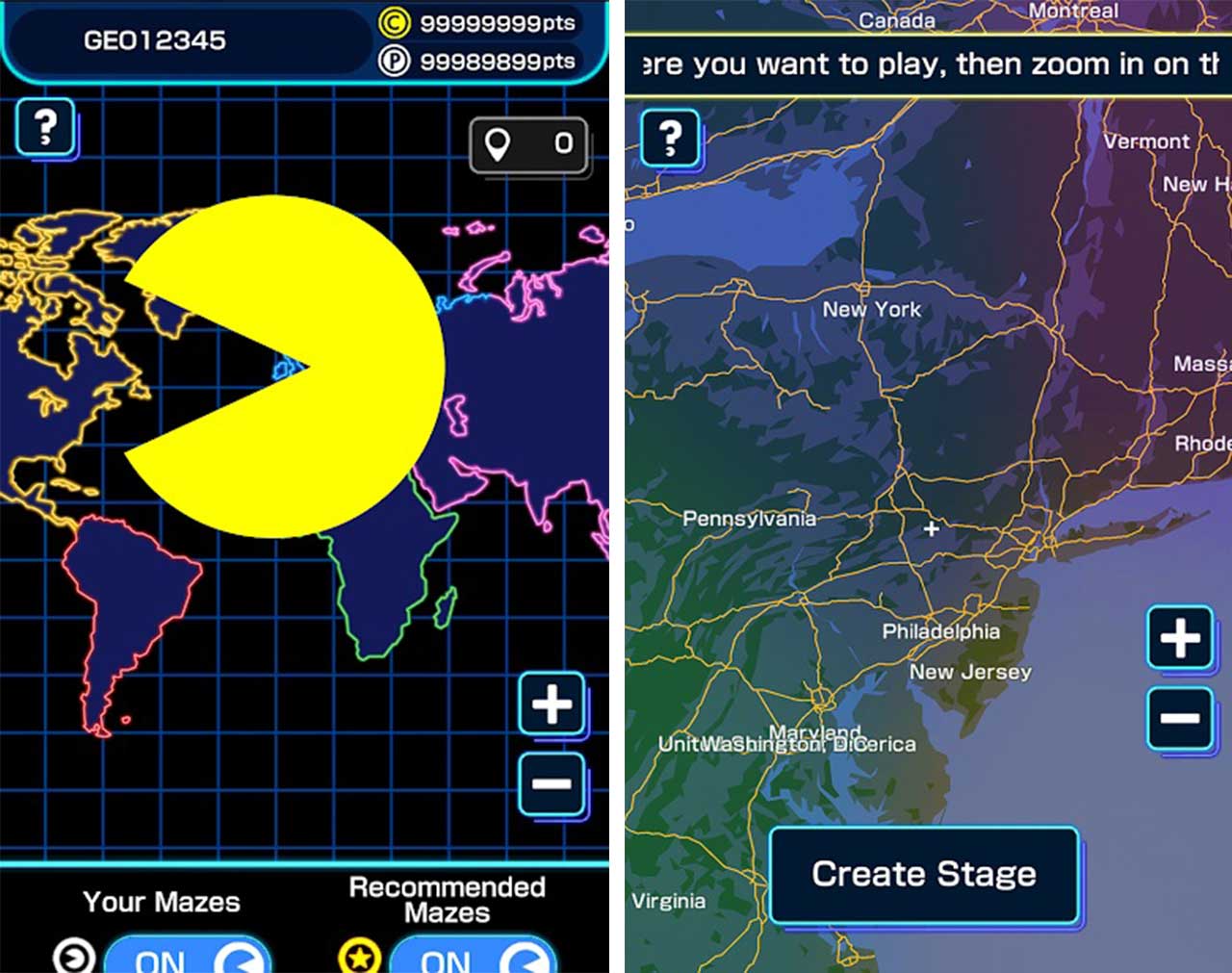 The next screenshot is a closer view of the American East Coast with the words, “[choose] where you want to play, then zoom in on…” There’s also a button at the bottom of the screen to create a stage. This suggests that players will make their own stages based on the streets that are near them or elsewhere.

The following screenshot is one of these game maps based around the Arc de Triomphe in France. This is awesome, and I’m sure there are incredible locations all over the world that are ripe for Pac-Man courses. 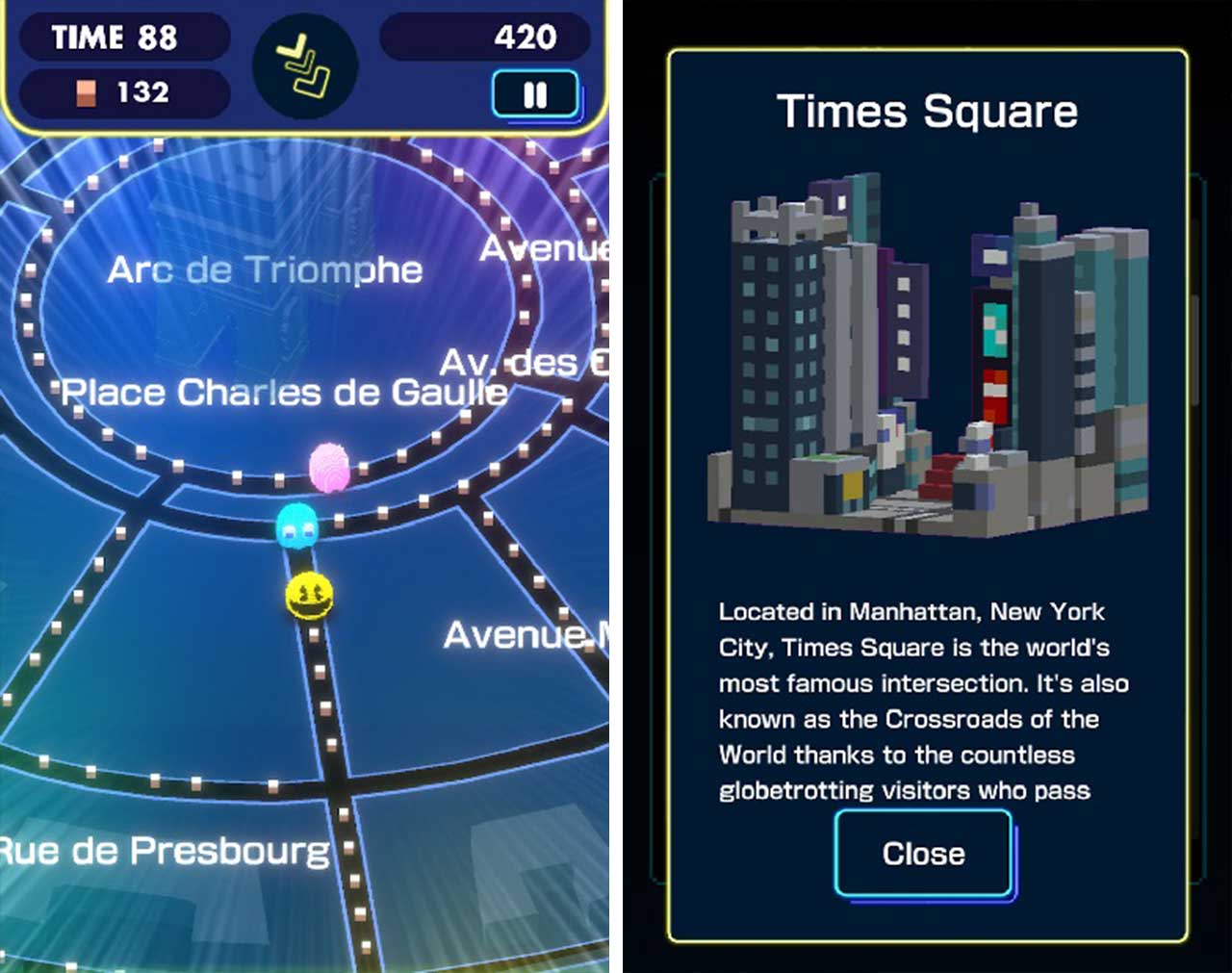 The final screenshot shows a blurb about Times Square in New York, suggesting major areas around the world might have facts to collect. This is cool, but it likely excludes most small-town players. However, that could all change when the game comes out since we don’t know much about it.

Pac-Man Geo looks pretty fun, and the idea of turning everyday streets into courses seems like a compelling concept, but only time will tell if it works in practice.