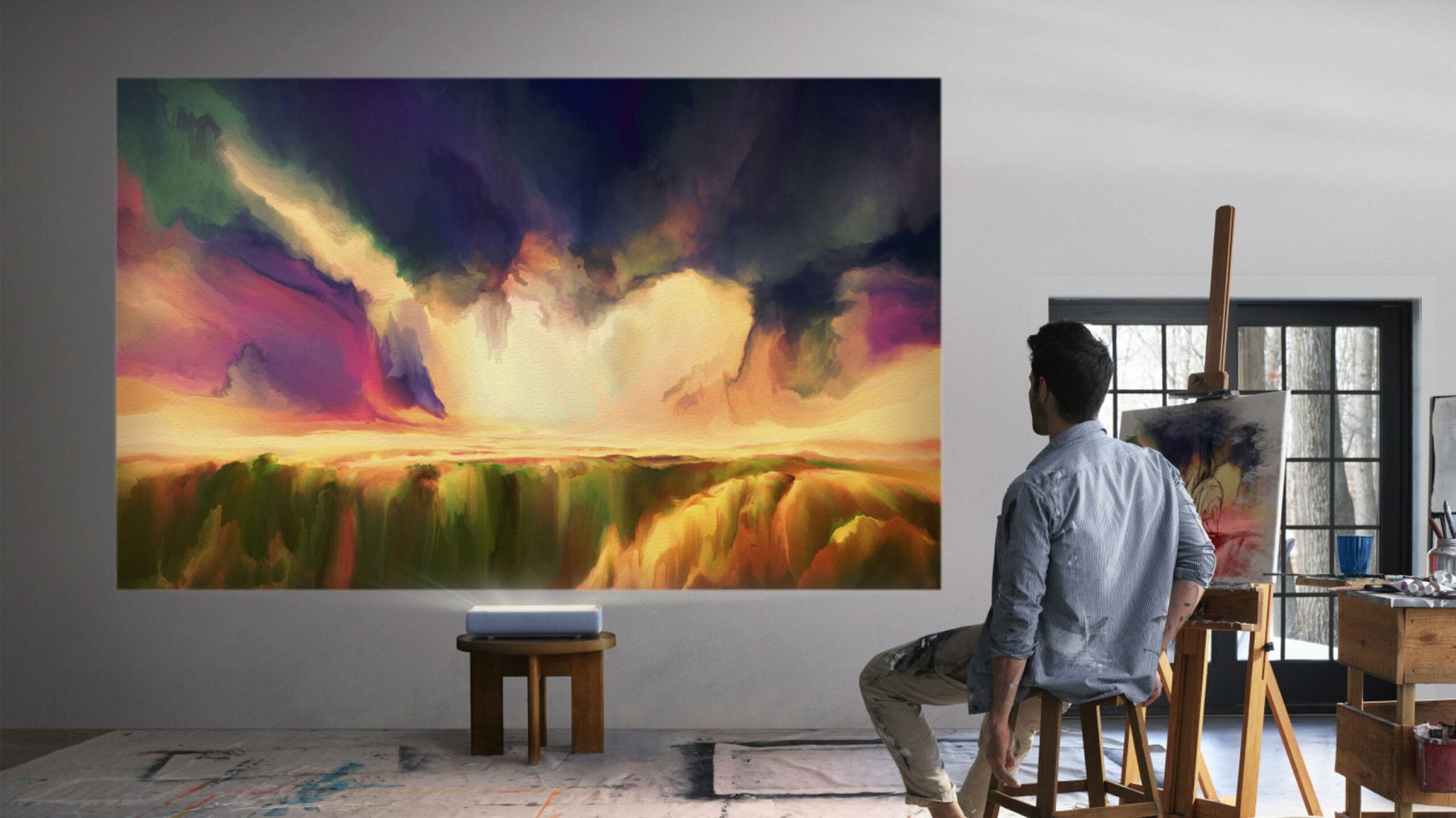 The Premiere projectors from Samsung feature a compact design that’s meant to be placed in front of a wall to display a massive 4K screen.

There are two models of Premiere projectors: the LSP9T and LSP7T. The former can project a 130-inch screen while the latter can only do 120-inches.

While both of these might be projectors, Samsung is treating them like TVs by loading them with all of its traditional smart-TV software. That means that Netflix and Prime Video are here, plus a variety of other streaming services. Notably, Samsung also decided to include the new ‘Filmmaker mode’ that optimizes the screen to play movies and TV shows without motion smoothing or oversaturated colours. It tries to match the projector’s screen settings as close as possible to what editors use to colour grade their films when they’re being made.

The more impressive of the two projectors, the LSP9T, can not only project a larger screen, but it also supports HDR10+, which is one of the higher-end colour standards available out right now.

These projectors are set to come out later this year, but so far, Samsung hasn’t shared how much they’ll cost.