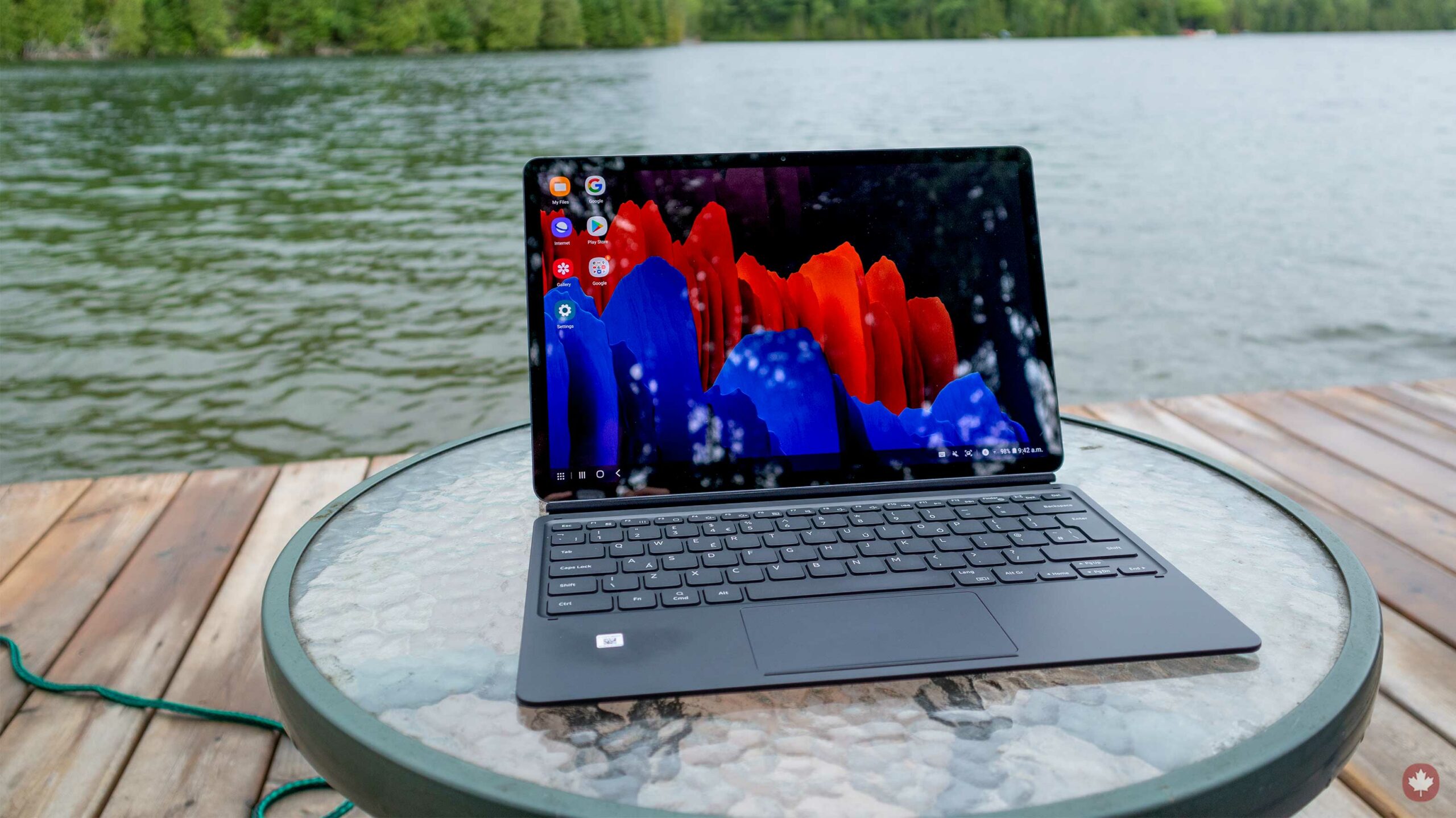 The latest Samsung tablets are here to win your heart away from Microsoft’s Surface lineup and Apple’s iPad Pro. However, I think I need a few more days with the devices before I can say whether or not this is the tablet to beat for the rest of 2020.

The new Tab S7 and S7+ have grabbed the productivity-focused baton from last year’s Tab S6 and are running with it. Sadly, I still don’t think they run quite far enough to change my mind on the company’s high-end, costly tablets and the Android tablet ecosystem in general.

I generally like the approach Samsung takes with its tablets. The company seems to be aiming to create the perfect do-everything device. For the most part, the South Korean tech giant succeeds this time around, but when it comes to productivity, there are still better options out there. 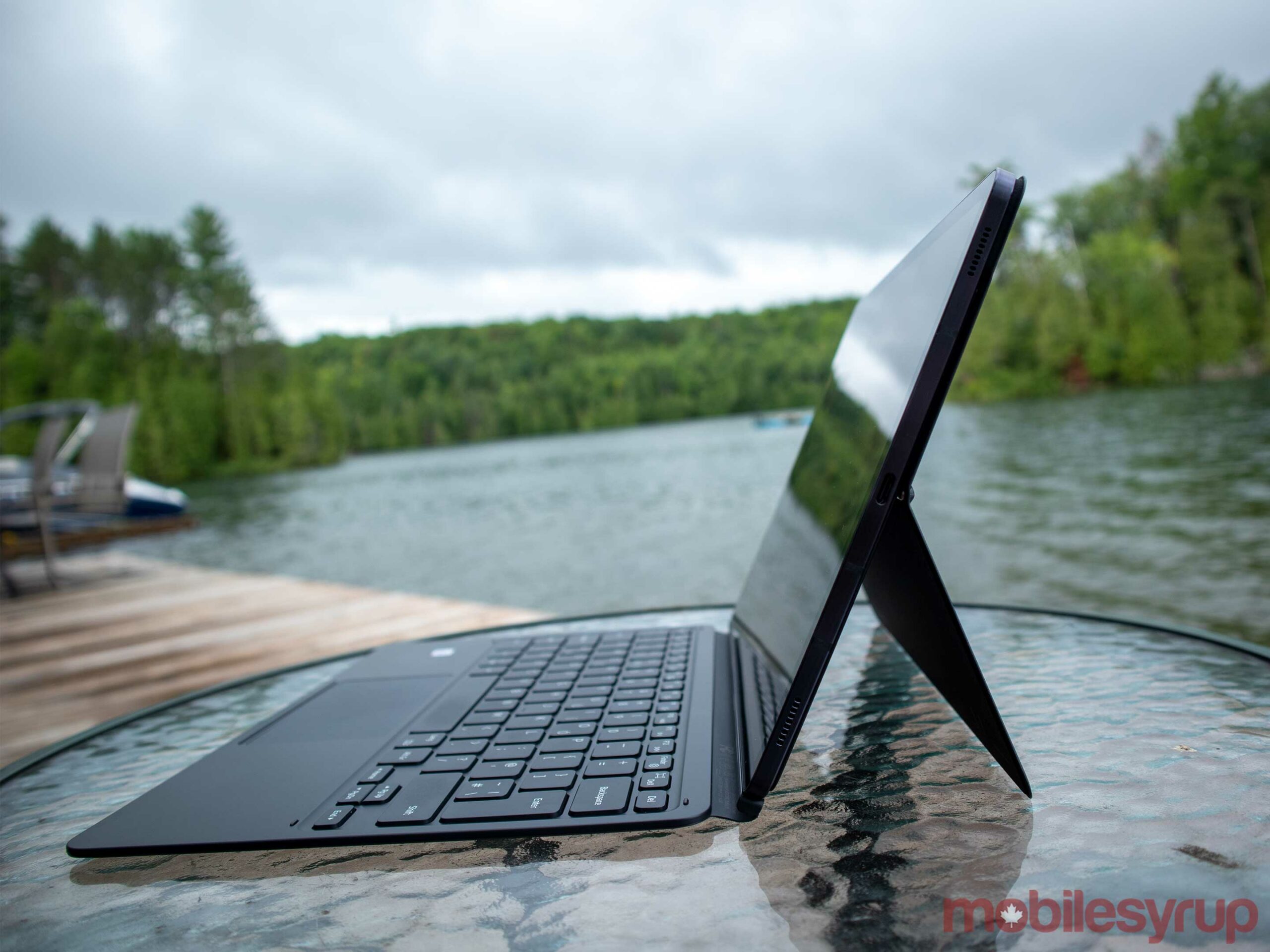 While this story mainly focuses on my initial impressions of the Tab S7 lineup, this section lists all of the key specs so you can read the rest of the story without having to remember the technical details.

The tablet is going to go on sale in Canada on September 18th. 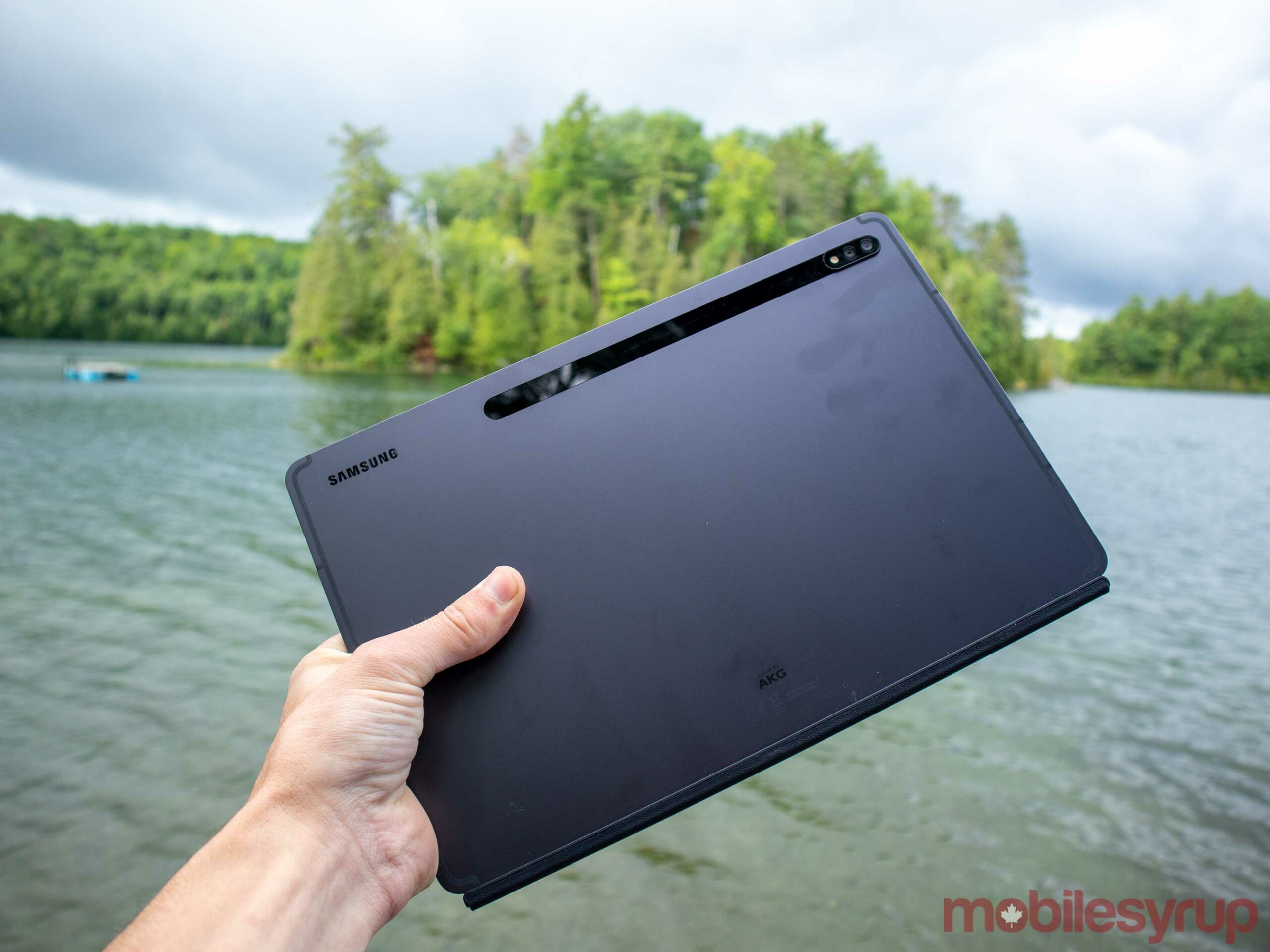 There are two tablets this year, the Tab S7 and the larger Tab S7+. The regular Tab features an 11-inch screen that’s just half an inch larger than last year’s Tab S6 and S6 Lite. The most significant change comes with the Tab S7+, which includes a giant 12.4-inch display.

While a 12-inch screen might not sound that large, in my hand, it feels enormous. However, I suspect Samsung made the larger model for people that want a productivity tablet, which makes sense. Before I move away from talking about the screens, I should mention that they’re stellar, and the contrast, black levels and fluidity of AMOLED, makes watching content a great experience on the tablet.

Both tablets come in three colours: ‘Mystic Bronze,’ ‘Mystic Silver’ and ‘Mystic Black.’ That said, the black version only comes in the 256GB variant. The other colours are also available in 128GB.

The actual hardware of the tablet is impressive thanks to its all-metal design that feels premium. On the rear, there are two cameras, plus a new wider magnetic section to stick the included stylus to. That said, while the keyboard cover isn’t bad, it still doesn’t come with the tablet.

It’s also worth noting that the smaller Tab S7 features an 8,000mAh battery, while the S7+ includes a 10,090mAh cell. I haven’t been able to test the battery yet thoroughly, but I can say that I have yet to be disappointed by the Tab S7+’s battery life in the week or so I’ve spent with it.

A tablet built for productivity 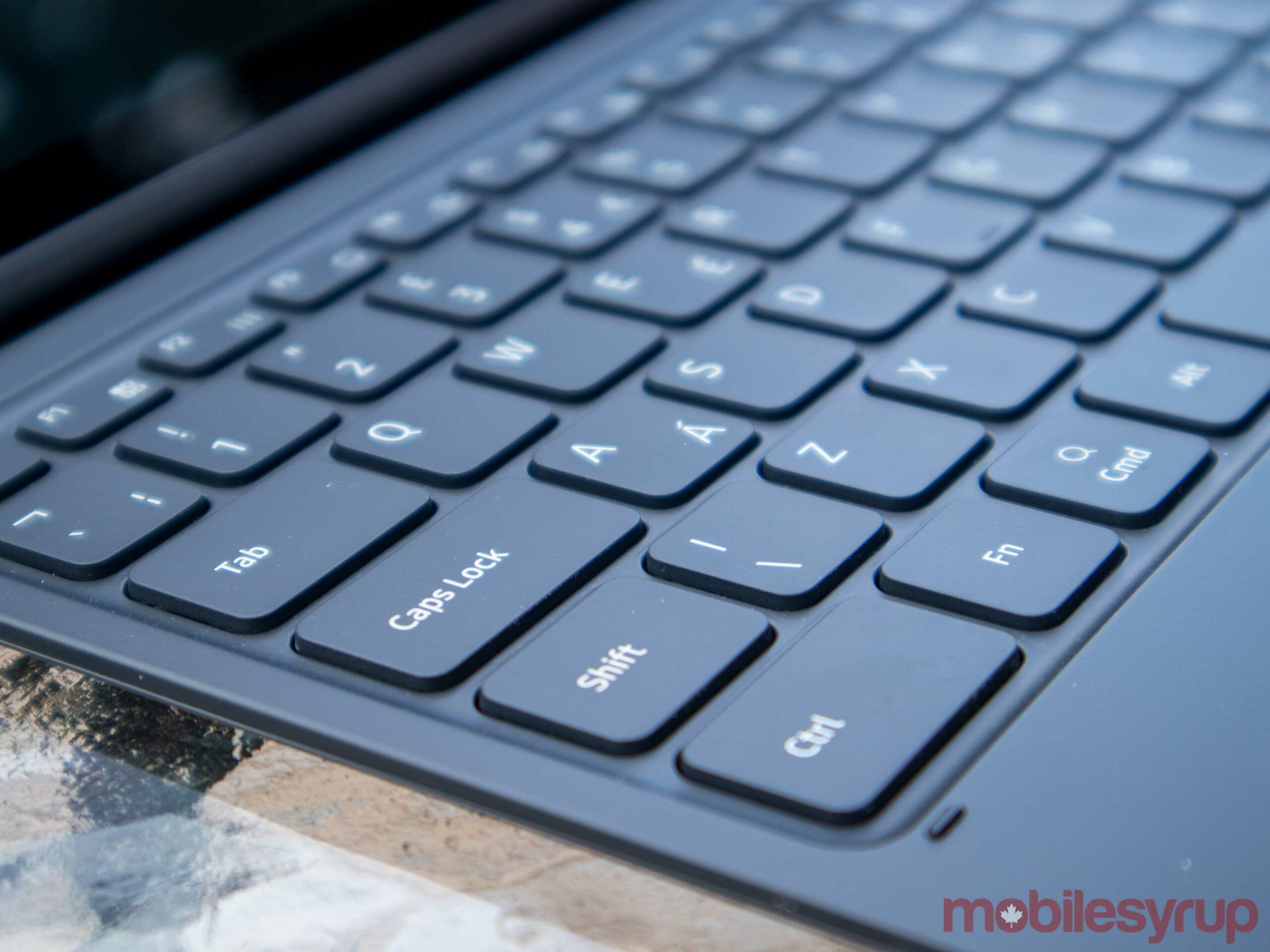 As I hinted at above, Samsung takes productivity very seriously with its tablets and both models can be paired with a keyboard case that is leagues better than the Tab S6’s.

Plus, if you’re using the larger Tab S7+, then there’s actually quite a bit of space to type on, so it’s a pretty comfortable experience. I wrote this whole article with one, and I have no complaints so far. Even a handful of Mac and Windows keyboard shortcuts work when using the tablet in Dex mode.

However, even with Samsung Dex enabled, Android still isn’t the best at morphing into a desktop-class operating system. You can get a lot done, but a few parts of the OS work slightly differently than you may be used to on a computer, which can be confusing. I think a lot of my frustration stems from my comfort level with computers, so I don’t want to blame that on the tablet yet.

When I was in high school, I used a fourth-gen iPad as my main computer and loved it. By that logic, I think people could just as easily fall in love with this tablet and get a lot of work done on it. But, for me and the work I do, a tablet just isn’t the right solution yet.

I’m going to try and spend a few full workdays doing all of my regular day-to-day work with the Tab S7+ for my full review, and maybe that will change my opinion.

It’s hard to hate such a solid tablet 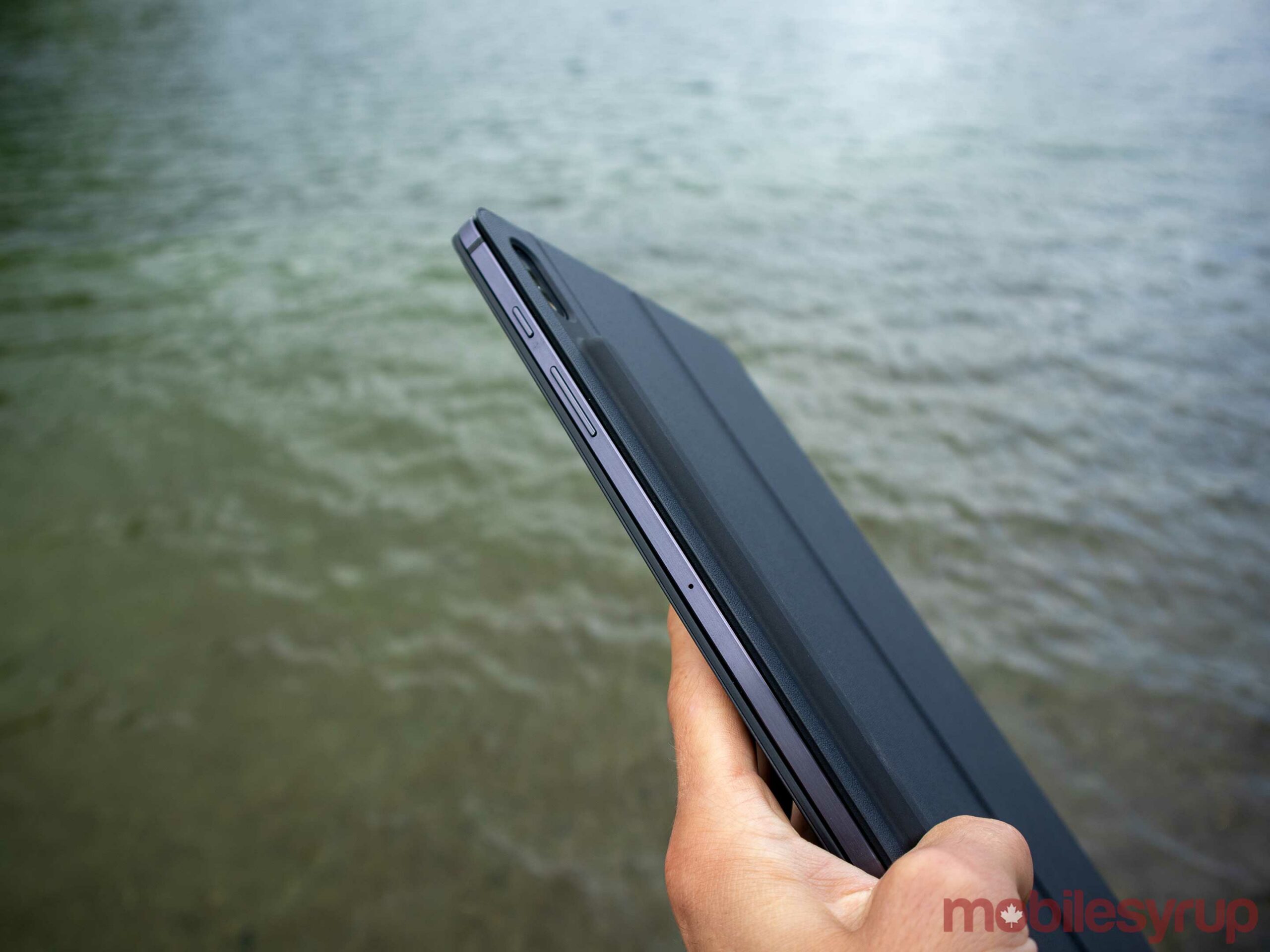 As are my feeling on many tablets, I want the Tab S7+ to both be better and simpler at the same time. I often dream about using a tablet for my main work computer, but it’s not easy to relearn all the small quirks, gestures and techniques required to master one. Then even when you do, you’ll likely still encounter issues when you’re trying to perform simple tasks like creating GIFs or editing videos.

That said, I’m glad Samsung keeps releasing new Android tablets every year because the company continues getting closer to making the perfect device for me.

These are just my initial impressions on the tablet after using the Tab S7+ for about a week. Keep your eyes on MobileSyrup in the coming weeks for my full review.