There’s a lot of value in Samsung’s base-level tablet, but you have to want it 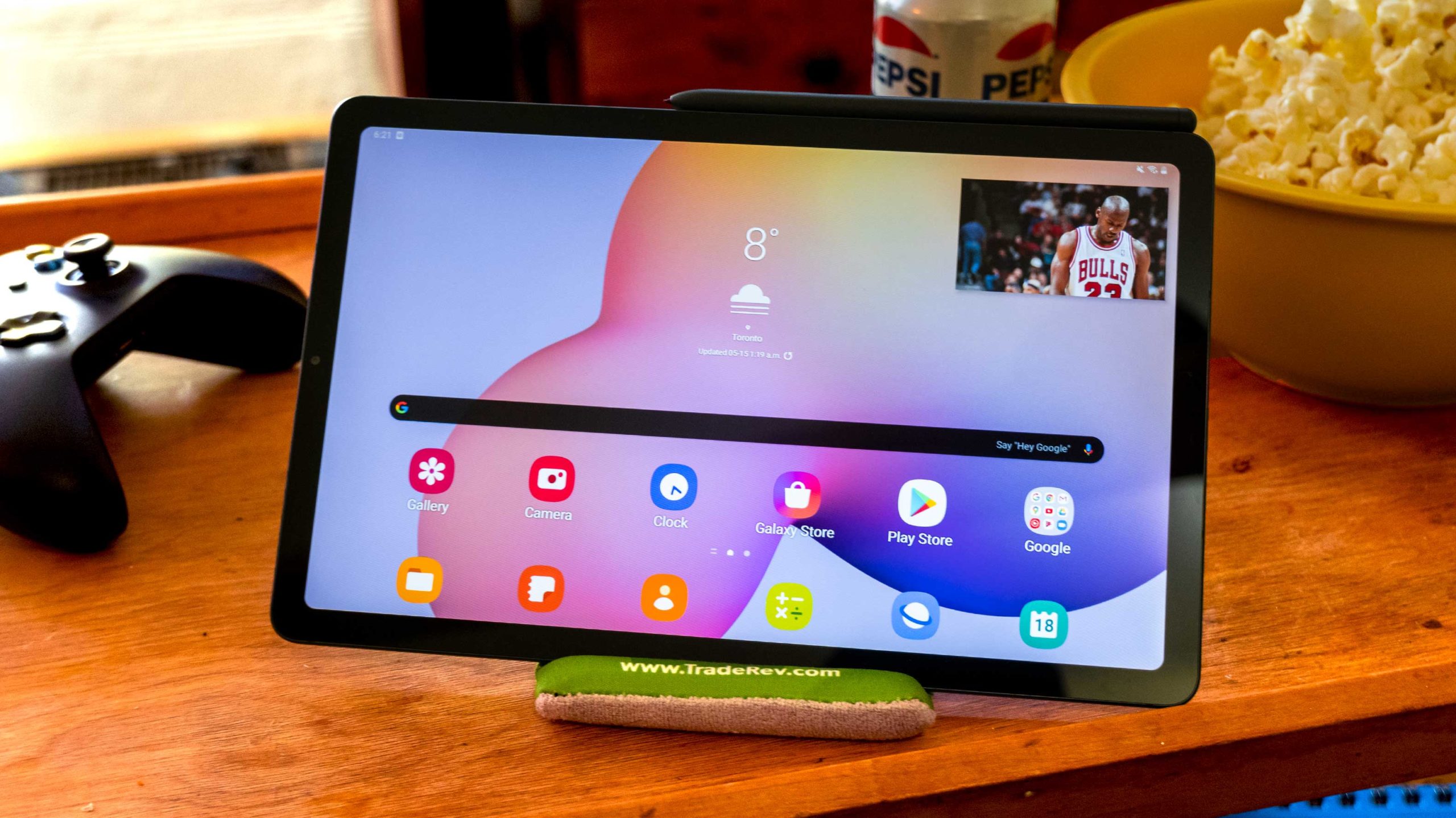 Samsung has been carrying the Android tablet space on its back for the last few years, but its latest Tab S6 line has been a real turning point for the series. The newly announced Galaxy Tab S6 Lite carries a lot of the refinements from the higher-end Tab S6 and packs it all into a lower-cost package.

The tab doesn’t feature many flashy specs, but it comes with a great stylus that magnetically attaches to the side of the tablet, excellent battery life and comfortably designed hardware that’s easy to carry around all day.

When I first got my hands on the Tab S6 Lite, I was quick to judge its lower-quality screen and mid-range chipset, but over time I came to love this tablet due to its solid performance, size and the included stylus.

It’s hard to say if this is the perfect successor to Google’s fondly remembered Nexus 7 tablet, but it’s the closest I think we’ve been in a while. That said, maybe 10-inches is the new 7-inches if the bezels are small enough. And while the Tab S6 lite isn’t quite $229 CAD, its $429 price in 2020 isn’t that bad for a decent Android tablet. 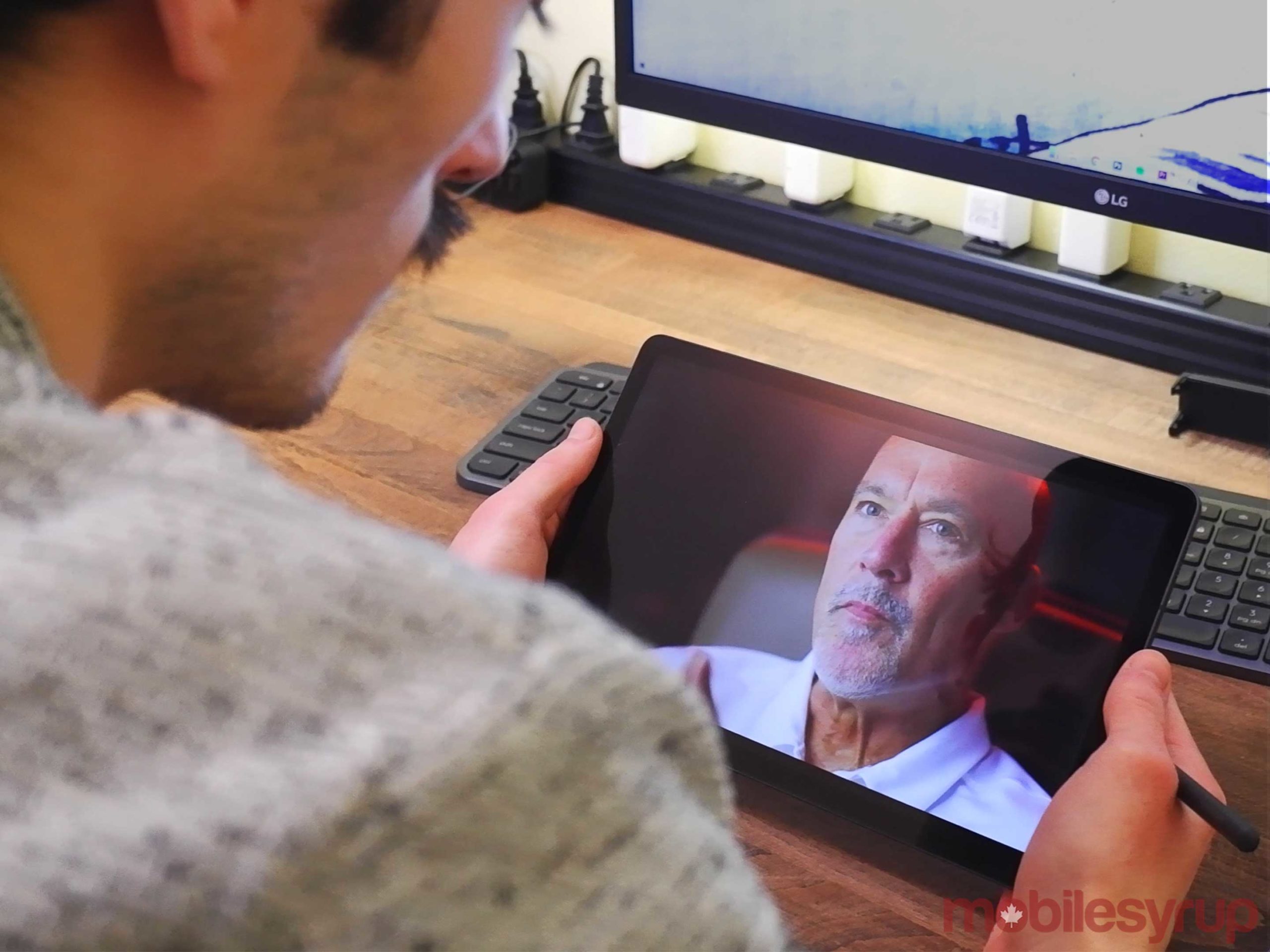 As I mentioned above, the value of the tablet is fantastic. The screen is excellent, the speakers are great, everything is top-tier –that’s the recurring theme here. What you get with the Tab s6 Lite is exactly what you’d expect from a $429 CAD device, for better or worse.

While the base-level 10.2-inch iPad has been my go-to media consumption device when I want to watch something on the go or in bed, the Samsung Galaxy Tab S6 changed this for me in late 2019 with its excellent OLED screen and 16:10 aspect ratio.

The Tab S6 Lite doesn’t feature the OLED screen, but it does have the same stellar display ratio. This screen is critical because its size helps the tablet emulate a piece of paper in your hand, which makes it feel very natural to hold. It’s also wider than the iPad in landscape, so there are smaller black bars when you’re watching movies. 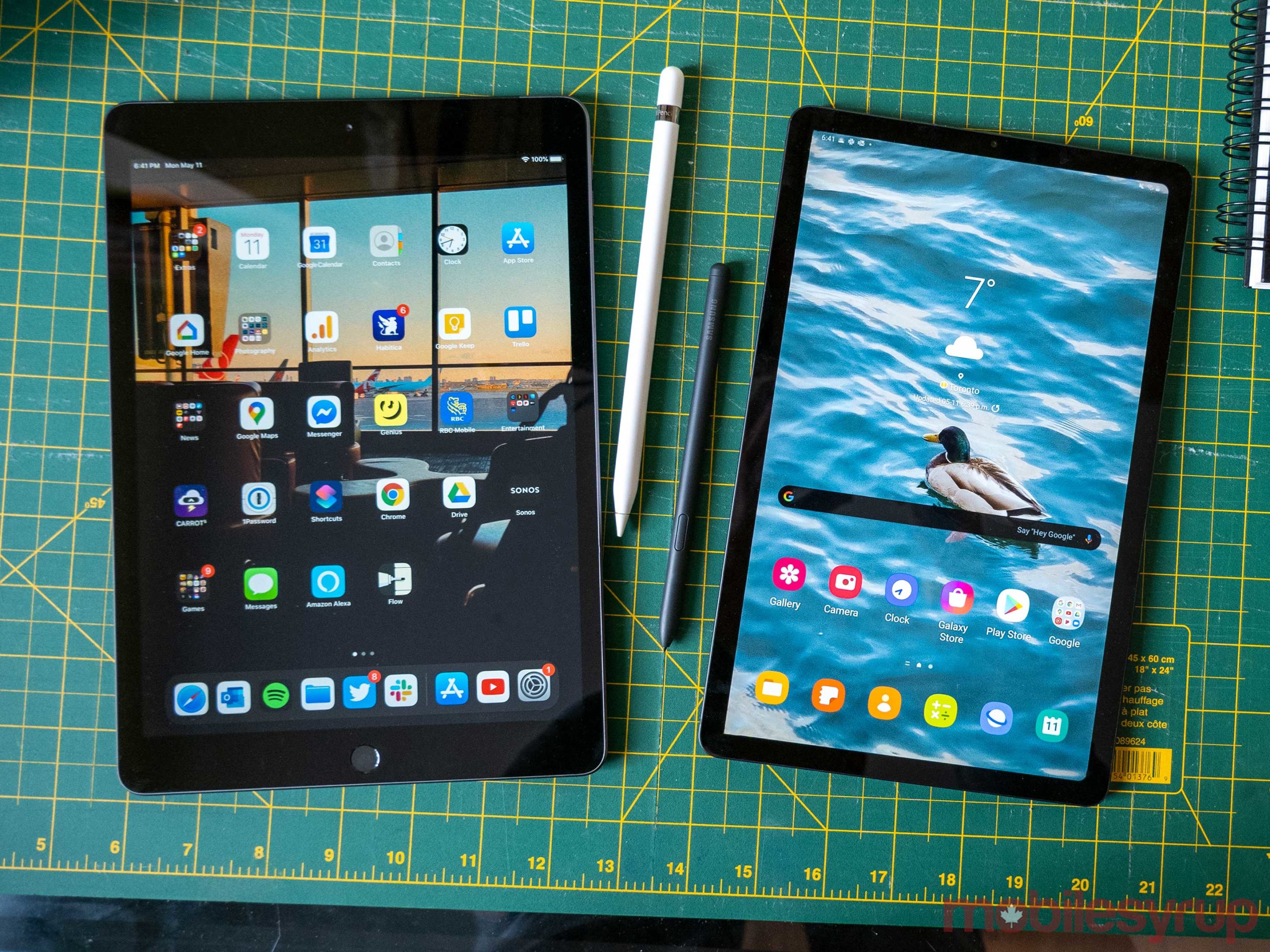 Gaming on the Tab S6 was also a pleasant surprise. Android games run surprisingly well, and while it’s not useful for all games, playing Roller Coaster Tycoon with the stylus is probably the best way to play that game ever.

Beyond that, I was able to get consistently good gaming experiences with Call Of Duty Mobile and Forza Streets. Unfortunately, the tablet doesn’t have Stadia support, which would have been excellent, but I was able to get Xbox Game Streaming working.

The tablet’s battery life is also impressive. Samsung rates the 7,040 mAh battery at around 12 hours and in my testing, it lasted for roughly that long. I was easily able to get more than a single day of use out of it. I’d even use it one day, leave it on my nightstand for a few days, and come back to find the tablet still had some juice left in it. 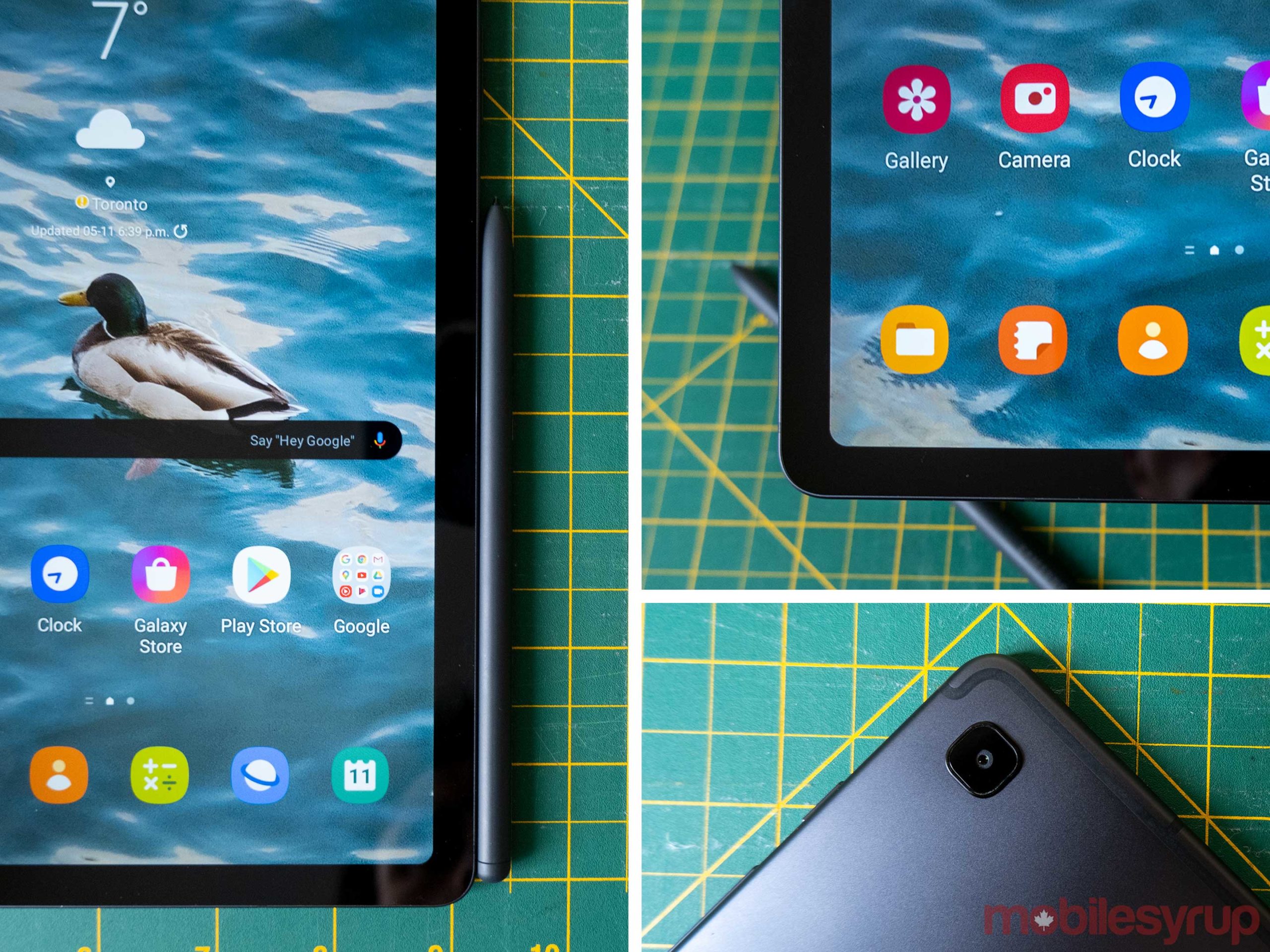 I’m also a big fan of the colours Samsung went with for this tablet. There’s an ‘Oxford Grey’ option that looks like Apple’s ‘Space Grey’ and Angora Blue or Chiffon Pink. Both of these are light shades with a springtime vibe to them.

Drawing on the tablet is also a joy. There’s still a lack of professional drawing apps on Android, but Samsung’s PenUp app is enjoyable to use and offers enough tools that people can create some awe-inspiring drawings.

Overall this is a really awesome tablet and I can’t stress how nice it feels in hand. If you can get over the Android operating system on a tablet, which is easy enough to do as long as you don’t dive too deep into the Play Store, you’ll likely be pleased with this tablet.

A good tablet can only go so far on Android 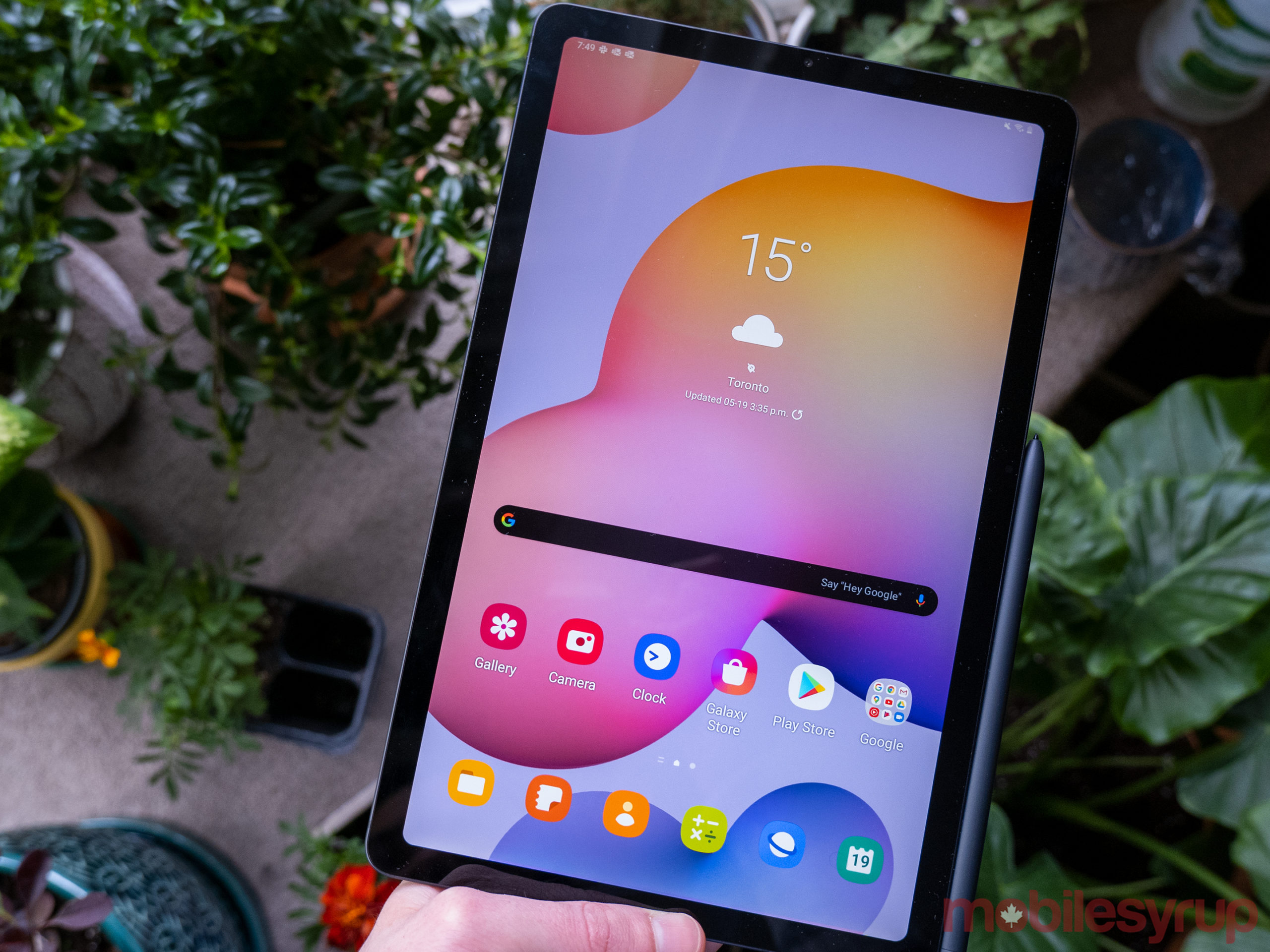 Luckily enough, there aren’t enough flaws to hold the Tab S6 Lite back from being a great tablet, but there are a few things that are a bit annoying.

The most frustrating thing isn’t even Samsung’s fault. It’s just the lack of apps that actually have a nice table layout. The 16:10 aspect ratio means most apps look okay in portrait mode, but once you go into landscape, they fall apart.

That said, all these apps still work, so if you can get past the annoying phone design on some of them, you’re good to go. 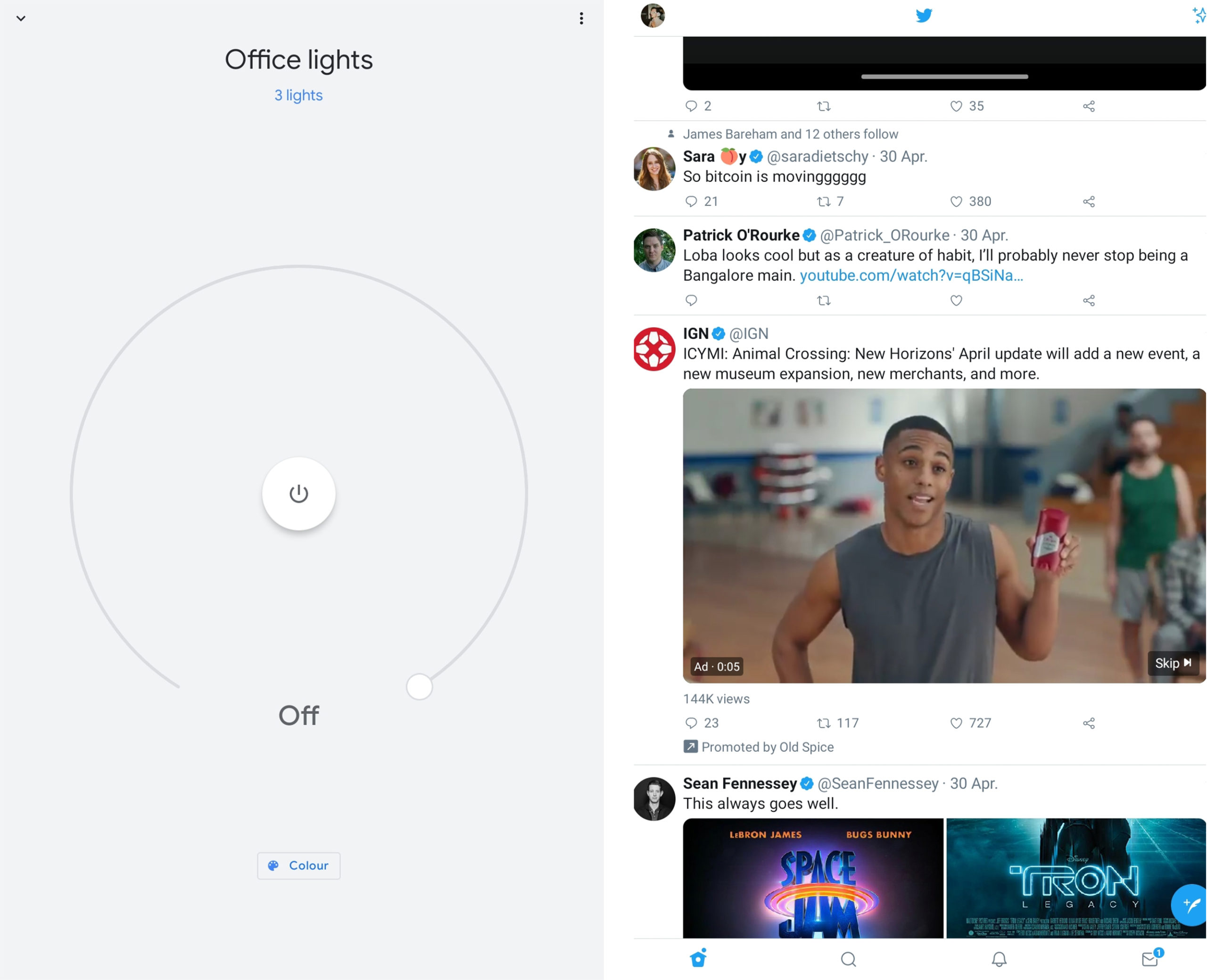 Both of these apps are screen shots from the Tab S6 Lite using the Spen.

I’m still not the biggest fan of Samsung’s OneUI skin over Android 10, but it brings handy features like a screen recorder, Samsung Knox and other tools. Beyond that, it mostly gets out of the way and you can cover it with a good tablet launcher like Smart Launcher 5 if you want to.

I wish Samsung would adopt the default Android 10 gestures on the tablet because it’s current three-tab implementation isn’t great.

There is a bit of lag when you boot up the tablet or when you’re navigating the OS, but once you’re in a game or app, things generally run much smoother for some reason. 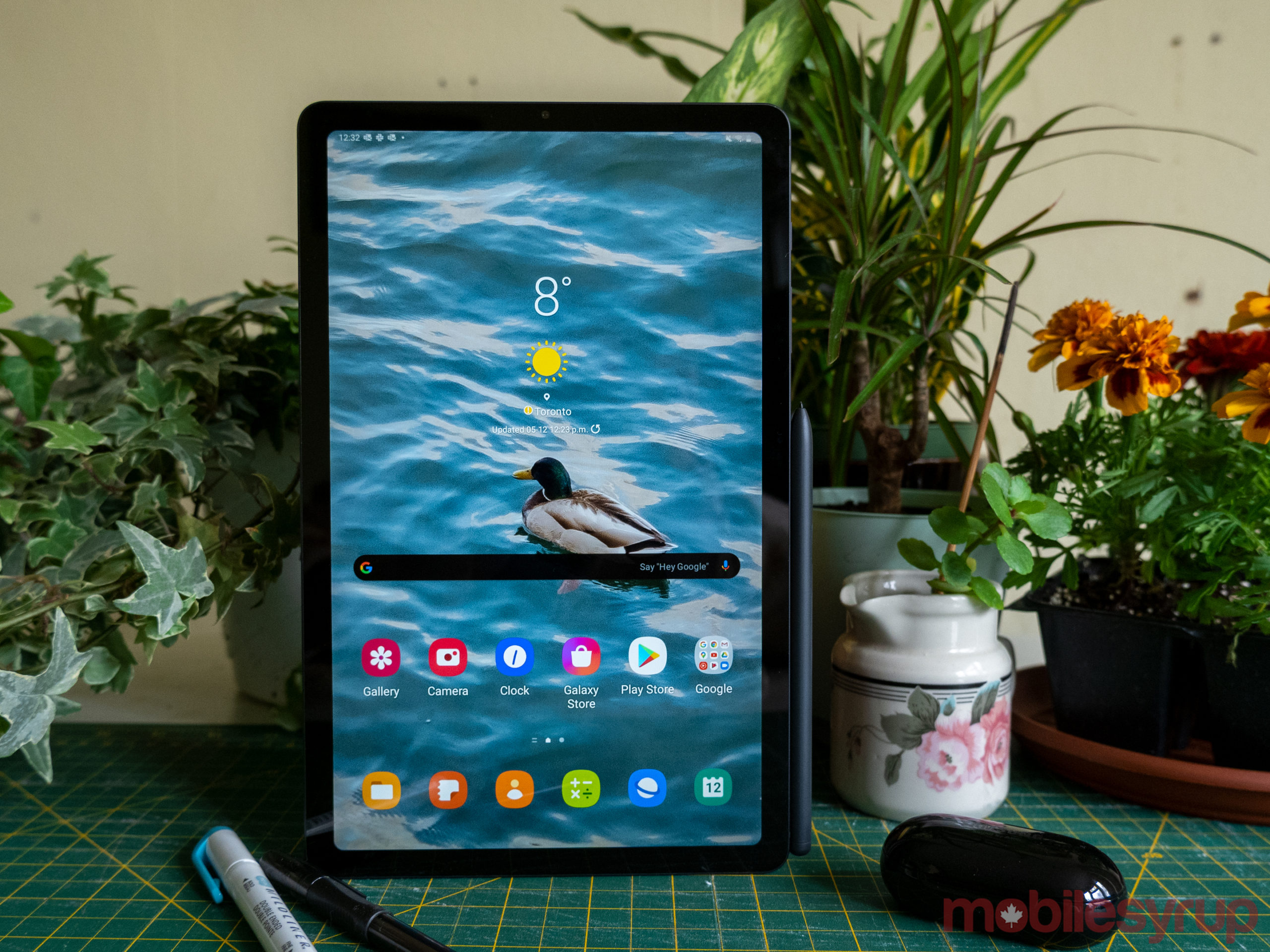 Should you buy this

When it comes down to it, this is an exceptional tablet if you have a Samsung phone, because that unlocks cool features like 'Auto-Hotspot' and notification forwarding. You'll still need to weigh what you want from the tablet between this and the Tab S6. That said, it's still a great media/gaming/web-browsing device.

If you're an Android user with a device from any other manufacturer, it's still nice to have an Android tablet since you'll be able to take advantage of Google's services like auto password saving and your Google Play Games cloud saves.

If you're an iPhone user, it's hard to recommend this over an iPad. That said,if you want to try Android, this is a viable way of taking Google’s mobile ecosystem for a spin. If you want the best Android tablet experience last year’s Tab S6 takes everything good about the S6 Lite and cranks it up to 11, but for a much larger $899 price tag.

It's worth mentioning that if you want a cheap tablet that runs Windows 10, Microsoft’s recently released Surface Go 2 is an option, although it starts at a much more expensive $529. You can also get a handful of Chromebooks for under this price if you're looking for something with a keyboard.

All-in-all, the Tab s6 Lite is an excellent Android tablet. It's not top of the line by any means, but it comes bundled with the S Pen for $429, making it much cheaper than its peers and performing almost the same. It might not be the new Nexus 7 because Android still isn't great on tablets, but it is a decent Android tablet for a good price, and that's hard to turn down.

"it's a decent Android tablet for a good price, and that's hard to turn down. "